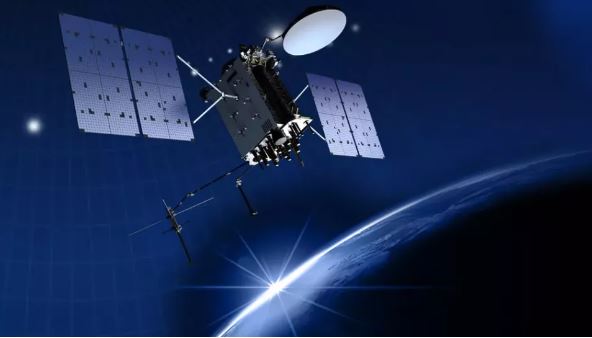 Ukraine is fighting off another attack from Russian forces, this one concerning satellite signals.

On Monday (April 11), NBC Nightly News(opens in new tab) ran an interview with a U.S. Space Force official, who said that Russian forces are targeting global positioning system (GPS) satellite signals from ground stations. The satellites are used for navigation, mapping, and other purposes. (There is no evidence to date that the spacecraft themselves are under attack.)

Experts weren’t surprised to see this happening, an analyst from the nonprofit Center for Strategic and International Studies (CSIS) told Space.com, as the bus-sized trucks used to perform the jamming have been deployed in other situations in recent years.

“We’ve seen them being used while the U.S. and allies of NATO [North Atlantic Treaty Organization] do military exercises up in the north of Norway. Russia will use jamming to interfere with our military exercises, as the northern part of Russia is right there,” Kaitlyn Johnson, deputy director and a fellow of the Aerospace Security Project at CSIS, told Space.com.

The trucks are so large that they show up easily in some satellite imagery, according to a recent CSIS threat assessment report(opens in new tab). The equipment is “military-grade,” meaning that Russia spent years developing the system and did not purchase it commercially.

The report added that jamming was happening long before the Ukraine invasion began on Feb. 24, as the Russian military “has frequently jammed GPS signals in Ukraine since 2014.” That year saw the Russians invade and annex Crimea, which until then had been part of Ukraine. That invasion put Russia under a different and less severe set of international sanctions than the nation is facing now.

There are multiple global positioning satellite systems in operation now; Russia, China, the U.S., and Europe each have its own, for example. The Space Force official told NBC that Russia is only after the ground station signals from one of them: the Navstar system of satellites used by the United States and made available openly to many countries around the world.

Navstar broadcasts in a typical set of radio frequencies that GPS receivers, such as car navigation devices or cell phones, can pick up. Johnson said that one way of getting around the jamming would be to vary or widen the frequency of transmissions to make it more difficult for jamming equipment to block the signal.

Jammers typically work by using massive radio dishes that throw up radio “noise” that blocks particular signals, although their efficacy can be hindered by terrain, Johnson said.

“If you’re in a super-mountainous region, your radio frequency isn’t going to travel as far, because it can’t go through [the rock],” she said. “But if you’re somewhere super-flat, it [jamming] would be really effective and go very wide.”

Russia has also been trying to jam the broadband signals beamed down to Ukraine by SpaceX’s Starlink internet satellites, according to company founder and CEO Elon Musk. SpaceX shipped thousands of Starlink terminals to Ukraine in February to provide an independent set of infrastructure to the besieged nation.

Musk said SpaceX is adapting to the situation. “Some Starlink terminals near conflict areas were being jammed for several hours at a time,” Musk wrote via Twitter(opens in new tab) on March 1. “Our latest software update bypasses the jamming.”