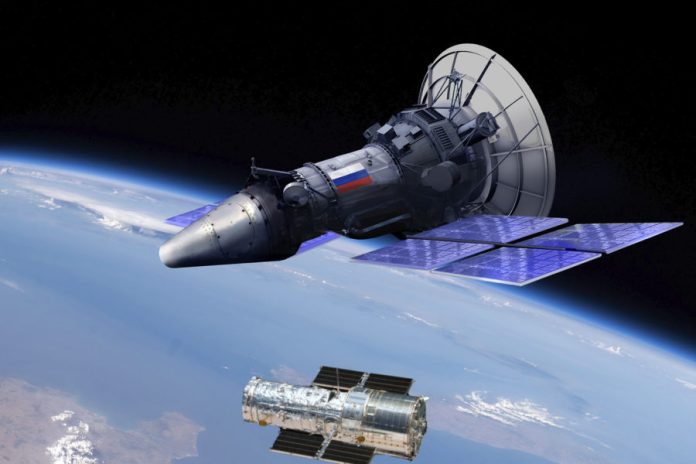 The China-Russia relationship in space has serious security implications as the tenuous allies unite financing and know-how in an effort to displace U.S. space superiority and threaten America’s space architecture, according to a panel of experts at the recent China Aerospace Studies Institute conference.

The two countries’ space cooperation, including in the military realm, has become inextricable since 2018 and works against U.S. interests, said Kevin Pollpeter, a senior research scientist at the CNA think tank’s China Studies Division.

“I don’t think we can separate China and Russia. I just don’t think that’s possible,” Pollpeter said in response to a question from Air Force Magazine following a panel discussion on May 17 on China-Russia space cooperation at the National Defense University in Washington, D.C.

“While the countries do not have completely overlapping security concerns, they do share a strong desire to counter U.S. leadership, including in outer space,” he said. “What we need to do is, we need to mitigate whatever problems that relationship may cause for us.”

Sanctions imposed on China following the 1989 massacre of pro-democracy protesters in Tiananmen Square began the space cooperation as China looked to Russia for the technology it needed. By 1997, the two countries’ leaders started a regular dialogue that included a subcommittee on space. Russia faced a similar sanctions problem for which it sought Chinese help when the international community imposed sanctions in 2014 after the occupation of Crimea.

“Tiananmen resulted in a number of embargoes that took place that made [China] increasingly more reliant on Russia as a potential source of technology, particularly for dual-use and defense,” said Pollpeter. “After Tiananmen, China started looking more to Russia, and Russia started looking more to China for help with supporting their own space program.”

Both countries have since claimed their union is the result of U.S. actions.

“There’s very much these sort of outward expressions here of how the U.S. is driving China and Russia closer together,” Pollpeter said, citing public statements on both sides.

China began cooperating with Russia on ballistic missile defense after the U.S. withdrew from the Intermediate-Range Nuclear Forces Treaty in 2019. That same year, Putin said Russia would help China create a missile defense warning system, although open-source reporting has not revealed that such a system yet exists.

“There appears to be some sort of technology transfer going on,” Pollpeter added. “There have been joint exercises—the Aerospace Security 2016 and 2017 involved joint air and missile defense planning and coordination.”

Another area of cooperation, space debris monitoring, may sound innocuous, reflected Pollpeter, but he explained that it has security implications.

“If you have a space debris monitoring system, then you actually have a space domain awareness or space surveillance system,” he said. “This very much has a military role in helping China and Russia better monitor U.S. movements up in space.”

Little is known about the satellite navigation cooperation between the two nations other than there are compatibility and interoperability activities between the Russian and Chinese equivalents to GPS—the GLONASS and BeiDou navigation systems. This includes the presence of augmentation stations in each other’s countries and performance monitoring.

“What they really want to do, then, is demonstrate that in a world where the U.S. and China could come into military conflict, they have an alternative,” he said. “They don’t have to rely on BeiDou exclusively. They also have the Russian system.”

China and Russia have also teamed up to submit, in 2008 and 2014, space arms control treaty proposals to the U.N. Conference on Disarmament prohibiting weapons in space, but Pollpeter says the resolutions have loopholes.

“There’s nothing there prohibiting storage or the research and development, and there’s no verification. So, lots of big faults with this,” he said. Likewise, the resolutions do not prohibit the use of anti-satellites. “This cooperation appears intended to portray both countries as striving for the peaceful use of space while doing little to constrain Chinese and Russian acquisition and use of space weapons.”

China doesn’t publicly discuss anything about its counter-space capabilities, and Pollpeter said it’s not known whether it and Russia cooperate in that area.

“A lot of it’s so opaque that when you get into something like counter space, they’re not going to discuss that,” he said. “What China is developing is a capability that really is designed to threaten the United States space architecture from the ground all the way up to geosynchronous orbit.”

A 2018-to-2022 agreement only deepened the countries’ space cooperation.

“There’s really little we can do to separate the two countries, especially [on] the space side,” he said. “The distrust and, let’s say, to some extent, the animosity of both countries towards the U.S. sort of precludes, at this point, that any of those efforts can be successful.”

However, the China space expert believed the Space Force is moving in the right direction to confront the challenge posed by China’s military space endeavors.

“Space Force has a lot of things on its plate in standing up, but I think we’re broadly on track with trying to meet those challenges,” he said.

“If you look at what Space Force is doing with looking at redundancy, resilience, those sorts of things—even coming up with new doctrine or concepts of operations,” he added—“those are the sorts of things that we need to start doing in space.”