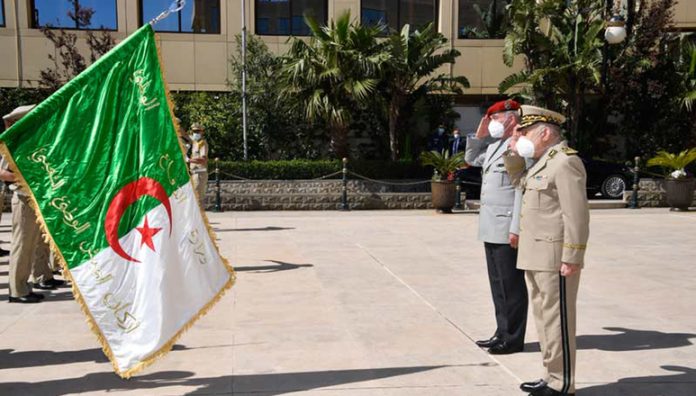 Welcomed by a military honour guard, Lieutenant General Wiermann accompanied the Chief of Defence of Algeria during an inspection of the assembled national forces. The two military leaders then met to discuss the ongoing NATO – Algeria partnership. The Director General highlighted Algeria’s key role in North Africa and the Sahel region, as well as its experience and expertise on regional security issues, including in the area of counter-terrorism.

Lieutenant General Wiermann stressed: “NATO values the important role that Algeria plays in the regional security of North Africa and the Sahel region. The strategic position Algeria holds in North Africa makes it a key partner for the Alliance”.

Speaking with Chief of Operations Department, Chair of the Standing Committee for Military Cooperation with NATO and the Special Envoy for International Security Issues, Lieutenant General Wiermann underlined areas of practical military cooperation that would benefit both NATO and Algeria.

At the Algerian War College, Lieutenant General Wiermann delivered a keynote address to the assembled staff and students, during which he spoke about NATO’s ability to unite and adapt; its mission in today’s security climate; and the crucial role of the NATO 2030 initiative and new Strategic Concept. He also explained how Russia’s illegal invasion of Ukraine had brought in a new era for NATO, with a renewed focus on collective defence.

In 2000, Algeria joined the Mediterranean Dialogue, a partnership forum that aims to contribute to regional security and stability in the Mediterranean through political dialogue and practical cooperation. In 2014, Algeria signed its first Individual Partnership Cooperation Programme with NATO.