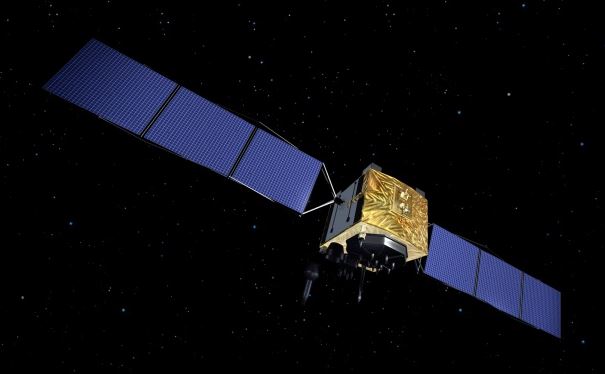 The core task of the men and women who buy America’s weapons is to envision the adversaries and environments of tomorrow and buy forces that are up to the challenge.

This involves generating a similar set of assumptions to those used by operational strategists. Today, three assumptions underpin U.S. acquisition strategy that will leave tomorrow’s forces vulnerable to asymmetric defeat strategies and render the long-term U.S. acquisition plan unaffordable unless these change.

At every level of war, planners generate assumptions by estimating adversary intent, knowledge, strength, risk calculus, and readiness to frame their view of a given problem and place the overall objective in an appropriate operational context. Similarly, planners make assumptions about the availability and capability of their own forces. While an indispensable starting point for analysis, it is easy to see how such assumptions can be incredibly dangerous. The history of military planning shows that misjudging any of these variables can prove disastrous.

We offer an alternative path to an affordable force that can tackle the challenges posed by the increasingly unpredictable security environment.

Today’s acquisition strategy assumes the availability of space-based capabilities. Because of this it is difficult to find a combat system, let alone a full kill chain, that does not depend on support from space. This comes in many forms. For example, space provides Position, Navigation and Timing (PNT) to U.S. forces through the ubiquitous use of the Global Positioning System (GPS). This enables everything from navigation at sea, on land and in the air to precision strike under any weather conditions. This not only provides the immense capability to U.S. platforms but has also made mass precision affordable as cheaper GPS-guided weapons have largely replaced more expensive laser-guided munitions.

Jason Kim, chief executive officer of Millennium Space Systems, a Boeing Company, talks about the small satellite sector – what is happening with small sats today and where they are going tomorrow.

Space is also the source of nearly all beyond-line-of-sight communications systems.  The long-range networked warfare concepts of today and tomorrow all depend on space-based communications systems. Today’s Unmanned Aerial System (drone) fleet is a great example of the unique capabilities facilitated by space-based communications.  Advances in command and control of naval forces and long-range strike aviation further show the force-multiplying effect of space. But a smart adversary will always look for ways to turn a game-changing capability into a critical vulnerability. Rather than assuming the availability of space support, our acquisition strategy must assume that space will be actively contested for the duration of any major war. This revamped assumption should drive a two-part solution.

First, we must make our space capabilities more resilient. As part of the Third Offset initiative, the United States is taking important first steps in this regard through the Joint Interagency Combined Space Operations Center (JICSpOC). This project experiments with a command and control entity capable of conceptualizing and executing the defense of critical space assets. From threat detection to response, the goal of JICSpOC is to operationalize Tactics, Techniques and Procedures (TTPs) that prepare U.S. space forces to defeat a range of emerging threats through enhanced unity of effort across the entire space enterprise.

Second, we must seek alternatives to space-based capabilities. In the realm of beyond-line-of-sight communications, the United States must adopt advanced radio frequency transport waveforms and protocols while leveraging connectivity solutions such as the Battlefield Airborne Communications Node (BACN). This concept re-purposes existing platforms to, among other things, serve as a surrogate to traditional space-based communications relays. This lightens the burden on high-end space capabilities and offers flexibility to the warfighter. This same concept, fielded in low-intensity conflict, can apply to the higher-end fight as well.

The United States must develop alternatives to GPS in the form of navigation systems that do not require support from space. Most contemporary aircraft navigation systems consist of an inertial navigation system that is precise but degrades over time requiring periodic updates from GPS (or highly-capable radar) to maintain an accurate position.

France, Germany, Greece, Italy, the Netherlands and the United Kingdom will work on the concept together, while European industry will work to keep their American competitors out.

There are several current science and technology initiatives aimed at designing systems that can maintain an accurate position without external updates. These initiatives should be seen as both the future of resilient PNT and as vital enhancements to our current space-based architecture. While the United States must harden GPS in the near term and continue to improve its capabilities for both defense and commercial applications, we should pursue alternatives to GPS to ensure combat effectiveness. We cannot afford to assume the availability of GPS to tomorrow’s warfighter in every operational scenario.

The second overarching assumption made by today’s acquisition strategy is that power projection can be affordably accomplished by large fleets of manned fighters and bombers. To be perfectly clear, the era of manned fighters and bombers is far from over.  Manned combat aircraft will provide the preponderance of air-delivered power projection for the foreseeable future. However, employing combat aviation in overmatching numbers in support of attrition-intensive air campaigns is no longer an affordable or sustainable approach to warfighting.

Instead, the United States must look for ways to accomplish the mission of combat aviation through a high-low force structure enabled by the concept of manned-unmanned teaming. This Third Offset concept utilizes immensely-capable manned platforms (such as the F-35 and B-21) in conjunction with lower-end UAS aircraft that can serve as sensor platforms and weapons trucks.

This increases the reach and effectiveness of high-end combat aircraft while minimizing risk to exponentially more expensive manned platforms that are difficult to replace in a strategically relevant timeline.  In short, numbers still matter and UAS offer the most effective and affordable path to extending the lethality of manned combat platforms.

Today’s UAS fleet was born of the necessities of war and effectively serves the needs of the counterinsurgency fight that spurred its development and fielding. However, the MQ-1/MQ-9 fleet does not have the range, survivability or payload required to be relevant in a high-end fight. New platforms and new capabilities are needed.

Fortunately, the Air Force and Navy have both conducted successful demonstrations of high-end UAS platforms capable of working in conjunction with manned systems. From 2002-to 2006, stealthy Air Force X-45As successfully demonstrated autonomous multi-ship operations and precision weapons employment. From 2013-2015, the Navy’s stealthy X-47Bs demonstrated autonomous aerial refueling capability and carrier launch and recovery operations. These demonstrate that the capability for drones to fight and survive in contested environments largely exists today. What is missing is a comprehensive vision for integrating these types of platforms into how we fight and a procurement strategy for fielding these systems in sufficient mass.

Much remains to be done in order to make this vision a reality. The cost and complexity of a communications infrastructure (both land- and space-based) capable of supporting a large combat drone fleet is certainly an issue. The operational vulnerabilities of this somewhat space-dependent architecture, as noted above, are another issue.  However, as long as the United States pursues the non-space-based PNT solutions and robust communications pathways detailed above, such issues can be overcome. Also, further developments in autonomy can also mitigate these issues by allowing unmanned aircraft to operate with minimal communications requirements (depending on the mission set) while preserving human decision-making in the course of a given kill chain.

In short, the United States can no longer assume its high-end manned aircraft can go it alone in the near-peer fight of the future. Instead, force planners should begin work on a high-low mix of aircraft founded on the principle of manned-unmanned teaming capable of affordably providing the required levels of range, survivability and payload needed to project U.S. airpower against tomorrow’s threat.

The third assumption in need of revision is air refueling. Today’s tanker force was inherited from the Cold War and has successfully underwritten every air campaign since the Vietnam War. But this aging fleet has been stretched thin by decades of high-tempo global operations. While the Air Force built over 800 KC-135s (over 400 are still in service) and later added 60 KC-10s, the Air Force has only begun to recapitalize the fleet with a contract for 179 KC-46s. Given that the fighter/bomber fleet of tomorrow promises to be just as thirsty as today’s inventory, tanker capacity represents another assumption in need of a fresh look.

This problem makes manned-unmanned teaming all the more attractive as a warfighting solution. Relatively small drones designed to augment manned platforms can be fielded with relatively low fuel requirements and, in the future, may be capable of refueling each other. By optimizing the division of labor between manned and unmanned assets, the combat air forces of the future can be more affordable, lethal, and versatile than they are today.

As the military services and combatant commands work to combine future warfighting concepts with the campaign plans of tomorrow, it is essential that our assumptions are realistic and provide a sufficient margin of error to hedge against uncertainty. The United States must not assume that the business practices and capabilities born of the 1970s and 1980s will sustain us in the 2030s and beyond.

The defense of this great nation requires a forward-thinking approach that leverages ongoing U.S. advantages in technology and operational innovation. The integration of increasingly autonomous unmanned aircraft, combined with limited dependency on space-based support in tomorrow’s combat air force should play a vital role in this needed transformation.