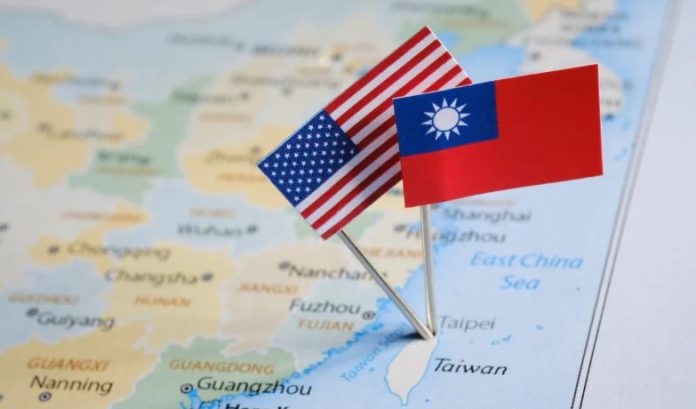 Taiwan would receive ally status with the United States under a new plan to upgrade the island’s military before a potential attack from China.

A bipartisan pair of senators has unveiled a plan to overhaul the legislation governing the American relationship with Taiwan.

But the legislation would nonetheless designate Taiwan as a “major non-NATO ally” and authorize billions of dollars of military aid over a four-year period.

“As Beijing continues to seek to coerce and isolate Taiwan, there should be no doubt or ambiguity about the depth and strength of our determination to stand with the people of Taiwan and their democracy,” Senate Foreign Relations Chairman Bob Menendez (D-NJ) said of the bill.

Chinese President Xi Jinping and other senior officials would also face U.S. sanctions if the president were to determine the mainland regime had “engaged in a significant escalation in hostile action in or against Taiwan,” under the new bill.

“Our bill is the largest expansion of the military and economic relations between our two countries in decades,” said Sen. Lindsey Graham (R-SC), who co-authored the bill with Menendez. “China is sizing up America and our commitment to Taiwan. The danger will only grow worse if we show weakness in the face of Chinese threats and aggression toward Taiwan.”

Menendez and Graham led a congressional delegation composed of lawmakers who oversee, variously, the Pentagon, the State Department, and the intelligence community.

The legislation reflects a growing anxiety about China’s ambitions regarding Taiwan, which Beijing claims as sovereign territory even though the Chinese Communist Party has never ruled there. U.S. military officials have warned that Chinese forces might try to subjugate the island by 2027, a danger enhanced in the judgment of U.S. policymakers by Russia’s invasion of Ukraine.

“I think they’re looking to see if Putin’s going to be successful or not, and that will be part of their calculation as to whether or not they can attack Taiwan,” House Armed Services Chairman Adam Smith (D-WA) said to reporters this week.

Smith also said it is “fair” to assume Xi has interpreted President Joe Biden’s unwillingness to intervene against Russia on behalf of Ukraine as a sign the U.S. would not risk a clash with China over Taiwan. Biden, for his part, has said repeatedly he would defend Taiwan from invasion, although his aides have insisted those statements do not change the historic practice of “strategic ambiguity” about a U.S. response.

The Senate bill would not establish a congressional pledge to defend Taiwan, but it would establish a Taiwan Security Assistance Initiative inspired by the Ukraine Security Assistance Initiative first launched in 2016. This security lifeline would dwarf the initial $300 million afforded to the Ukrainians in that legislation, however, by authorizing $4.5 billion of funding for the Taiwanese military.

“It is the policy of the United States to support the security of Taiwan, the stability of cross-Strait relations, and the freedom of the people of Taiwan to determine their own future and to strenuously oppose any action by the PRC to use force to change the status quo of Taiwan,” the proposed Taiwan Policy Act of 2022 declares.

It would specify that the U.S. is providing “arms conducive to deterring acts of aggression by the People’s Liberation Army.” Appropriated funding would be available until Sept. 30, 2027, the final year of the so-called Davidson window, named after the U.S. Navy admiral who warned the Senate in 2021 that Chinese forces might attack Taiwan “in the next six years.”

The bill would also fast-track U.S. arms deals with Taiwan and require the executive branch to “prioritize excess defense article transfers to Taiwan” over the next five years. The provision of aid would be informed by “a joint assessment of the threats Taiwan faces from” the mainland regime, conducted by U.S. and Taiwanese authorities.

“The United States and our partners have a critical window of opportunity to reinvigorate our diplomatic strategy to assure cross-Strait stability and security and to work with Taipei to modernize their military; embed them in the region’s economic architecture; combat Beijing’s political influence and misinformation campaigns, and develop deeper ties between our two peoples,” Menendez said.

“The Taiwan Policy Act of 2022 represents a seminal statement of the United States’ absolute commitment to stand with Taiwan and all those who share our interests and our values in the Indo-Pacific in the face of Beijing’s military, economic, and diplomatic threats and bullying.”