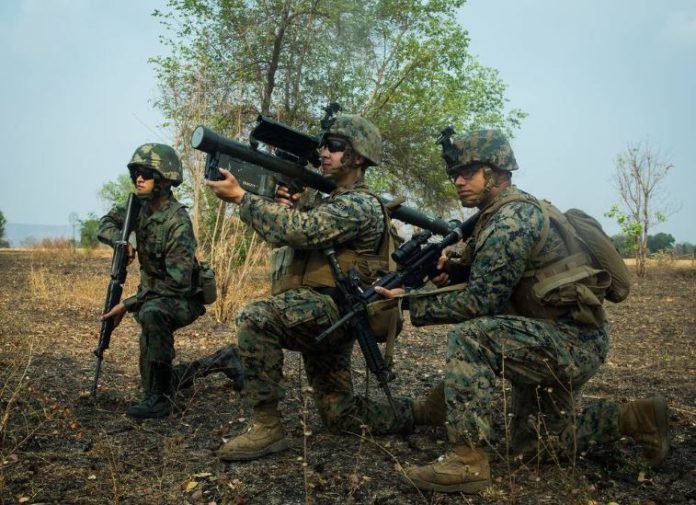 The war in Ukraine has offered vivid testimony of the effectiveness, and the high usage rate, of modern precision weapons. Ukraine has so far been fortunate to receive a massive supply of such munitions from the United States, Britain and other NATO states.

Gen. Mark Milley, the chairman of the Joint Chiefs of Staff, has told Congress the West has delivered 60,000 antitank weapons and 25,000 anti-aircraft weapons to Kyiv. Weapons such as the Javelin anti-tank guided weapon and Stinger surface-to-air missile played an important role in halting Moscow’s initial offensive and forced the Russian leadership to scale back its expansive objectives. However, it has become increasingly apparent such weapons are neither cheap nor available in unlimited numbers. Indeed, the United States has reportedly provided Kyiv with one-third of its overall stockpile of Javelins.

The United States will also need large numbers of longer-range weapons like the Joint Air-to-Surface Standoff Missile – Extended Range (JASSM-ER) and Long-Range Anti-Ship Missile (LRASM) which are not as widely available as the Javelin and Stinger are today. It is thus imperative for the United States and its allies to both increase their munitions capacity and adopt innovative approaches to munitions production.

The war in Ukraine is but the most recent reminder that 21st-century warfare is munitions intensive. As NATO found out in its 2011 air campaign over Libya, and as Saudi Arabia and the United Arab Emirates discovered in their war against the Houthis in Yemen, military operations against even relatively unsophisticated adversaries can require the use of large quantities of precision weapons. As recently as 2015, the U.S. Air Force ran dangerously low on Hellfire air-launched missiles in its campaign against ISIS.

The effectiveness of precision weaponry against invading Russian forces has been impressive but has also highlighted the fact that the current U.S. munitions infrastructure is not robust enough to support a high-intensity, protracted conflict against a major adversary such as Russia or China. In fact, in 2019 the Congressionally-mandated National Defense Strategy panel warned of the inadequacy of the current munitions base and highlighted the need to expand and sustain it.

Similarly, the requirement for greater investment in munitions is a recurring finding of wargames and strategic choice exercises that the Center for Strategic and Budgetary Assessments has conducted over the course of years. The current U.S. munitions production base lacks capacity, and manufacturing methods are not always tailored to the needs of 21st-century warfare. For example, it reportedly takes 18-24 months to manufacture a production run of Stinger missiles. Too often, the capacity of the industrial base rests on second-tier suppliers with even more limited capacity and supply chains that are vulnerable to disruption.

The United States should consider its munitions requirements in coordination with key allies and partners. The United States needs to do more to meet its own munitions needs but may also need to supply allies with large numbers of munitions as well. It is in America’s interest to have sufficient munitions capacity to be able to supply frontline states without having to draw down its own stocks to perilously low levels. Some U.S. allies, such as Australia, are making considerable investments to build up their own munitions industry, but more needs to be done.

The Defense Department needs to analyze U.S. and allied munitions requirements for 21st century warfare, both for Ukraine and beyond. The ongoing war with Russia offers a valuable set of data, but a war against China may have very different requirements: the need for many long-range weapons, for example, as well as for lots of anti-ship missiles. How many munitions do we and our allies require, and of what type? To what extent must our current production capacity be expanded to meet that demand? How many munitions and of what types need to be stockpiled, and what sort of surge production capacity is needed on top of that? Would it make sense to stockpile certain long-lead-time components, such as seekers, and if so, where?

Transforming the U.S. munitions base will take time and investment and would benefit from innovative approaches to yield greater capability and capacity while reducing unit cost. The need to expand the munitions base offers an excellent opportunity to bring new firms into the defense industrial base. The task of fielding modern precision weapons is much more achievable than, say, building a next-generation combat aircraft, and new entrants can bring innovative design and manufacturing approaches to the table, such as modular or multi-mission designs. The Defense Department should also consider innovative approaches to precision weapons, such as the adoption of loitering munitions and guided projectiles that can be purchased in large numbers at low cost for both offensive and defensive missions.

The war in Ukraine has highlighted the lethality of modern precision weapons on the battlefield, but also the fragility of the current munitions base. The United States cannot enter the next war with inadequate stocks of precision munitions, nor would it be acceptable to cut off allies from resupply in order to husband limited stockpiles for its own defense. Rather, the United States needs to work with its close allies to both increases their collective munitions stockpiles and production capacity while also adopting innovative approaches to munitions production.