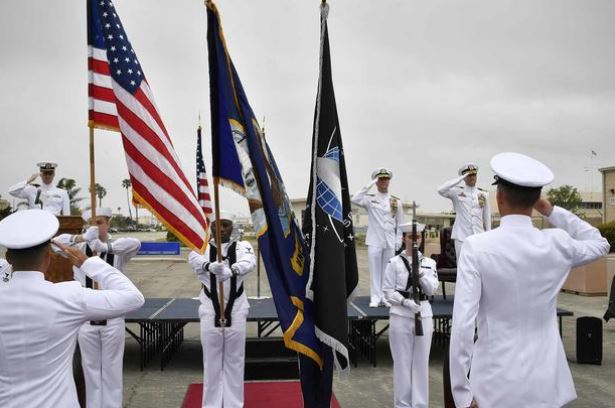 The Navy transferred its satellite operations center in Southern California to the Space Force earlier this month, marking the latest effort to reorganize and grow the youngest military branch.

The Naval Satellite Operations Center — NAVSOC — at Naval Base Ventura County in Mugu, California, was placed under the U.S. Space Force’s Space Delta 8 and designated as the new 10th Space Operations Squadron on June 6, according to a press release.

“As we look toward the future of space operations, we see the domain is both crowded and growing,” said Vice Adm. Ross Myers, head of U.S. Fleet Cyber Command. “Today we complete the first chapter in military space operations.”

NAVSOC was the first military space operations command in history when it was commissioned in 1962 as the Navy Astronautics Group, the release said, and it has controlled and monitored the Navy’s satellites ever since.

“Space has become highly contested,” Space Force Col. Matthew Holston, commander of Space Delta 8, said in a press release. “Our adversaries recognize our reliance on space, and they are actively seeking ways to create vulnerabilities to take away our competitive advantage. It is the 10th Space Force Operation Squadron that is on the front lines.”

Last year, the Pentagon announced that 11 Army units and four Navy units would be transferred to the Space Force, consisting of nearly 600 military personnel and civilian employees.

While those transfers were supposed to happen at the beginning of this year, they were pushed off by Congress’ delay in passing last year’s budget.

In addition to the command operation center, NAVSOC also transferred the nearby Laguna Peak Facility and 13 of its satellites to the Space Force.

Other command transfers are expected to happen later this year. When the Space Force was created in 2019, it relied heavily on interservice transfers to grow its ranks.

Last year, 670 active-duty soldiers, sailors, and Marines were selected to transfer into the military’s newest branch, growing it by nearly 10%.

The Space Force announced Wednesday that it is taking applications for transfers through June 30 for 2023.