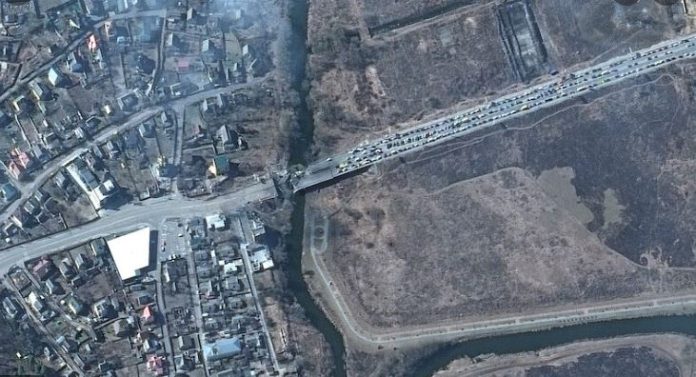 For many in Ukraine’s vibrant space sector, life as they knew it stopped on Feb. 24 when Russian tanks rolled into their country.

Their aspirations had to be put on hold, their skills and resources redirected to serve their besieged homeland. Among the companies that had to adjust their plans is Kyiv-based startup Lunar Research Service.

When the war started, the company was about to ship its first batch of nanosatellites to its Kickstarter backers. But instead, the satellites were taken apart and their components handed over to the military for use in communication equipment and drones.

The company’s 3D printers received new orders. Instead of satellite parts, they are now churning out bits for gun upgrades. Several of the company’s staff members joined Territorial Defense and Cyber Forces.

“Our CAD [Computer-Aided Design] modeling engineer Taras Moshchanskyi sits in the trench with a gun, a Vernier caliper [a tool for precise measurements], and a laptop,” the company’s chief technology officer Dmytro Khmara told Space.com. “In between rotations, he models upgrades for old Soviet AK-74 [assault rifles], which we are printing on our 3D printers.”

“When martial law came into force last month, I was not drafted in the army since I have no military experience,” Ihor told Space.com. “But some of my acquaintances were taken to the army and said that they had big problems with various types of equipment and that there were no people that could fix it. So they recommended me and some of my colleagues to do such repairs.”