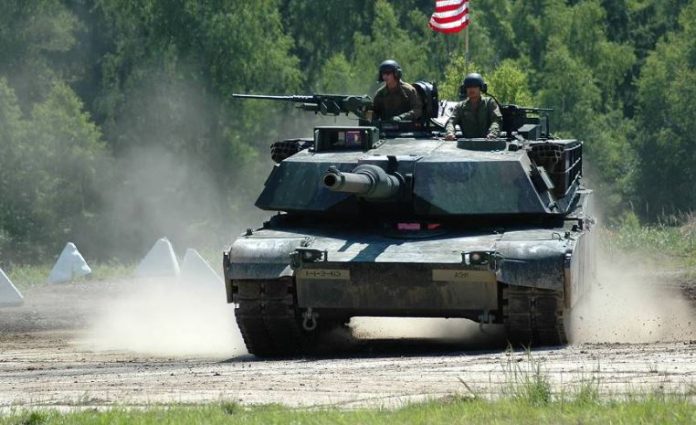 You don’t need a highly classified briefing on the war in Ukraine in a sealed room in the Pentagon to see warfare changes that will affect U.S. doctrine and weapons.

Russian tanks littering the battlefield have broken turrets and burned hulls — but their defensive side armor is still intact. Small and large ships alike have been sunk not by a navy but soldiers behind joysticks. Ukrainian forces are avoiding costly engagements on the battlefield, instead using their knowledge of the battlespace to create ambushes.

Most prominent in the news is the Javelin missile system. Usually considered simply a missile, it is in essence a UAS loitering munition. The loitering time is just short because the target is defined at launch, letting it quickly and autonomously home in on the target during the terminal flight.

The Switchblade 300 UAS can loiter for some time looking for its target and, once found, dive in for destruction with an internal explosive wrapped in shrapnel. Its precision means it can be flown into windows, down hatches, or into vulnerable components like optics and communications gear. Its big brother, the Switchblade 600, is about twice the size, with greater range and loitering capabilities, and can easily penetrate the top of any Russian armor system.

To extend the range and loitering time, these and other similar systems have been mounted on conventional UAS drones. When used in swarms, drones have been shown to confuse radars and mask approaching UAS loitering munitions. There have been recent reports of these systems attacking patrol boats and large landing craft, demonstrating the power and flexibility of this mode of attack.

Weapon systems like tanks have generally been designed with side protection and only enough armor on top to deflect fragments from air-burst artillery rounds. This has proven insufficient, with Russia reportedly losing 600 to 1,000 tanks. Russian soldiers have begun trying to counter this threat by putting cages, sandbags, rocks, and just about anything they can find on top of vehicles, so far with little success.

The U.S. military has similar vulnerabilities to this method of attack with relatively thin top armor. But, unlike the Russians, it recognized some time ago the need for an Active Protection System (APS) able to defeat similar threats without adding significant weight.

U.S. M1 Abrams tanks in Europe sport the Israeli Trophy APS, proven to defeat many inbound missiles. Development of a full hemispherical defense through integrated APS is underway, which could allow further reduction in armor requirements.

While individual defenses of a vehicle remain critical, not all systems need or could afford all forms of defense. The Army is in the process of fielding its first directed energy systems, which can help to interdict some of these threats from above. Near, mid, and far defenses work together against inbound threats.

War is always a process of finding counter-measures to offset new technology. Right now, loitering munitions have the upper hand.

That should inspire the U.S. military to aggressively pursue possible counter-measures. Simple armor is not going to work, and the next generation of military technology must demonstrate the agility that electronics mixed with kinetic systems can create.

The U.S. Army must incorporate this new threat without disregarding any of the old. And it cannot do so by simply adding another defensive mechanism. That’s how combat vehicles grow to ponderous weights over time.

The defensive zone must extend well beyond the vehicle itself. Using digital communications, the vehicles must work together as a team, making a hemispherical bubble that is mutually supportive and protective. Sensor data from any source must be digitally analyzed in the context of the vehicle to allow anticipation.

Weapons and sensors combine to form zones of protection at different distances from the vehicle. Armed UAVs can provide fires against a target at a great distance. Loitering munitions launched from the vehicle or a nearby carrier can provide a closer-in protective layer focused on killing an inbound threat or engaging the shooter. Electronic and directed energy counter-measures must be considered as well.

The U.S. Army must make this layered system central to future combat vehicle designs to reduce the need for thick and heavy armor and open the door to much lighter and more agile vehicles.