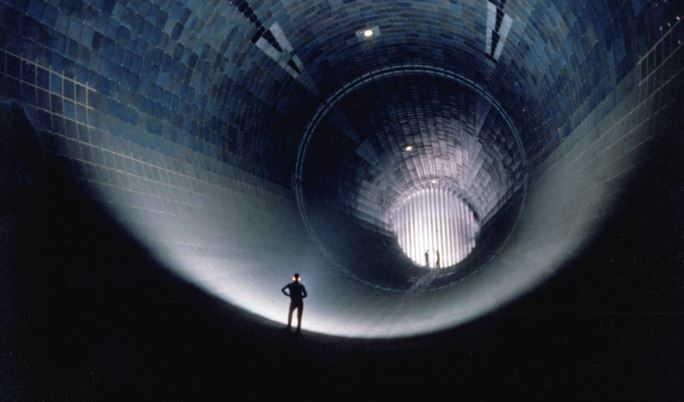 WASHINGTON: Lockheed Martin is willing to build a new wind tunnel to test hypersonic weapons, but the company hasn’t been able to get a revenue commitment from the US government that would allow it to obtain the financing from Wall Street, Lockheed’s chief executive said today.

During the Bernstein 38th Annual Strategic Decisions Conference, Lockheed CEO Jim Taiclet said the defense firm would need the Pentagon to sign onto a five-to-10-year minimum revenue commitment in order for Lockheed to finance the project.

“I’m willing to invest what it would take to build another hypersonic test cell — a wind tunnel — so that we could accelerate our hypersonic programs,” Taiclet said. “I can’t get the commitment.”

During a February meeting between Defense Secretary Lloyd Austin and more than a dozen defense CEOs, executives raised concerns about the lack of infrastructure available for testing hypersonic weapons, particularly the demands on wind tunnels. A Government Accountability Office report last year noted that wind tunnels were “essential” to testing hypersonic weapons, but current facilities are aging and unlikely to meet growing demand.

The problem extends beyond the realm of hypersonic weapons, Taiclet said. Because most military programs are funded on an annual basis, contract periods are often short when compared to the commercial market, making it difficult for the defense industry to make investments that can benefit both its shareholders and the Defense Department.

Taiclet said that the Defense Department’s slow pace in adopting a multiyear performance logistics contract to sustain the F-35 Joint Strike Fighter is another example of how the US government may be shooting itself in the foot by its refusal to sign on to more long-term contracts.

“Unless we can get a five-to-10-year revenue commitment from the government, we can’t necessarily invest upfront in repair capacity, or adding another supplier to get more spare parts in a more efficient manner,” Taiclet said. “Industry is constrained and I’m trying to work with the DoD to loosen the constraints to upfront investment for the needs of the services and the government.”

As the US military services set their sights on lowering the F-35’s sustainment costs, Lockheed has championed the option of using a performance-based logistics contract where the company would be financially incentivized to meet certain requirements.

Lt. Gen. Eric Fick, the Defense Department’s F-35 program executive, has worried that the government could trap itself in a “bad deal” where the parameters of the contract do not result in the outcomes the services need. However, after years of negotiation with Lockheed, Fick said last year that the department could be ready to sign a performance-based logistics contract as early as fiscal 2024.

The cost-per-flight-hour for an F-35A amounted to $37,000 in 2019, and Lockheed aims to bring that down to $30,000 per hour by fiscal 2023. However, Lockheed Chief Finance Officer Jay Malave stated during the conference today that “we still think there’s runway to reduce it by another 35%” if the government signs onto a performance-based logistics deal.

Taiclet pointed out that Lockheed can’t drive down costs all on its own. Lockheed is responsible for about 40% of the sustainment costs associated with the F-35, with engine-maker Pratt & Whitney responsible for 10% and the services accountable for the rest.

“What I’ve proposed and have been proposing for a year — and now that we have an undersecretary for acquisition and sustainment in place, I think we’re going to get it finally — is a joint effort to put everybody in a room that can actually address the total cost base for the program,” he said, adding that the F-35 enterprise is currently running “inefficiently.”