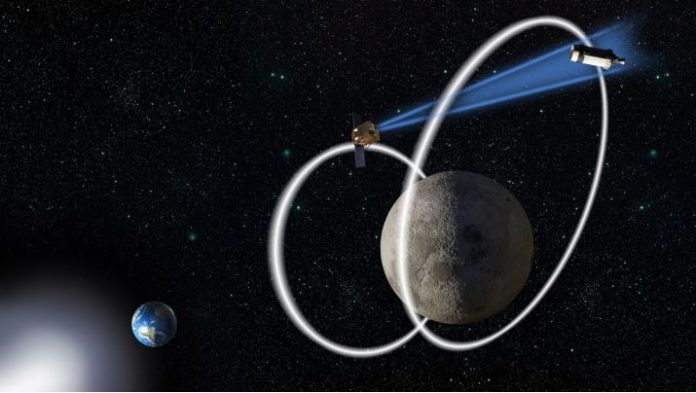 WASHINGTON: The Space Force’s acquisition command next month will hold a so-called “reverse industry day” on space domain awareness, including in the vast cislunar region between the orbits of the Earth and the Moon, as the next topic in a planned series of events designed to help hash out the service’s future purchase plans.

It will be the third time the service has held one of these new types of industry briefings — where Space Systems Command (SSC) officials gather Defense Department stakeholders to explain problems and threats to interested companies and hear what the commercial technology industry can bring to bear. The “reverse” twist is that these briefings happen prior to the service developing hard and fast programmatic and contractual requirements for firms to fill, as is normal practice.

Indeed, the goal is to help the Defense Department develop acquisition plans based on knowledge of what solutions might already be commercially available, explained Col. Rich Kniseley, chief of Enterprise Requirements & Architectures, at SSC’s Space Systems Integration Office.

“What the reverse industry days allow us to do are: First, we give a threat brief to best set the stage because that is really what we’re there for is to get after the threat; after that we spent some time to provide just where the government is going,” he told Breaking Defense June 1.  “But the rest of the industry days, a day and a half, was set up so that industry could brief the government, one on one, on their approaches to how they would best get after the problem and the solutions that they could provide.”

SSC is working to hold these events about once a month, he said, to look at critical mission areas.

After the July meeting on SDA, SSC is “looking at tactically responsive space — and by that, I mean space capabilities that can be used to respond to urgent or more timely needs. And we’re looking at August for that,” he said.

Two subsequent meetings also are being planned, the first on “space analytic tools” and the second on “space access, mobility, and logistics,” he added. “So we’re really trying to have a good tempo for these to keep the conversation going.”

The most recent reverse industry day was held May 19-20, in partnership with the Aerospace Industries Association, and focused on tactical intelligence, surveillance and reconnaissance (ISR). That meeting involved not just traditional and non-traditional defense firms, but also representatives of multiple space agencies beyond SSC, including the Space Force’s Space Warfighting Analysis Center (SWAC), the National Reconnaissance Office (NRO), and the National Geospatial-Intelligence Agency (NGA).

NRO and NGA currently provide both tactical ISR to warfighters and strategic ISR to the president and top-level brass. However, the Space Force is looking to take on at least a part of that mission and has already launched a classified effort to develop a satellite-based ground moving target indicator (GMTI) system.

This cross-agency cooperative model is one SSC intends to continue to use when looking at other future capabilities or tech acquisitions.

“This is very much a team sport,” Kniseley said. “This isn’t just Space Systems Command. We are working with our partners in space and having them at the table with us so that we can have that good dialogue.”

The upshot was that “most people” at the tactical ISR even “realized that we’re trying to deliver resilient, persistent space sensing for integrated, all-domain awareness,” said Birchenough, who spoke alongside Kniseley, in an interview. “And what we needed to do was set them up with ‘what does the warfighter want?’ We wanted to make sure that they knew that SSC needed to be able to track and ID threats simultaneously, at scale, across multiple domains, and in highly contested environments with low latency.”

SSC is currently reviewing the information and ideas gleaned from the meeting, Birchenough said. “And I think we’re gonna take some of those ideas,” he added. “And some of it is marketing, right? so we got to separate the rhetoric from the reality.”

The next step is to start integrating the chosen concepts into SSC’s “roadmaps,” while working with NRO and NGA and other partners “to see what pieces they might take” and  “what pieces we might take,” Birchenough explained.

However, before any acquisition plan can be set in motion, SSC is waiting for the SWAC to finish its force design on ground-moving target indicators, as well as ACC’s ongoing AoA about the airborne piece of tactical ISR.

“Once those are complete, all this gets merged together, and we start paving a path forward of what to what to start exploiting, buying, and building,” Birchenough said, referring to “exploiting” the government’s current capabilities.

The Space Force has been increasingly interested in monitoring the regions of space beyond Geosynchronous Orbit (GEO), essentially the outer orbit of Earth some 36,000 kilometers above sea level — driven by concerns about both the potential for increased US commercial activity and China’s ambitious exploration plans.

To that end, the service just set up a new 19th Space Defense Squadron, with a remit that includes space domain awareness beyond GEO, or “xGEO.”

Meanwhile, the service is working with Air Force Research Laboratory on at least two space-based systems for observing both satellite activity around the Moon and the lunar surface. These include the Cislunar Highway Patrol System (CHPS) and the Defense Deep Space Sentinel (D2S2), as well as a pair of small projects under its Space University Research Initiative (SURI) program.

The July reverse industry days will allow SSC to get a closer look at the myriad industry efforts, such as the Lockheed Martin-General Motors lunar communications demo satellite, to see what the Space Force might be able to simply acquire rather than have to develop itself. 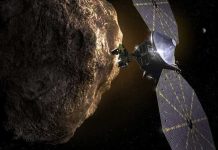 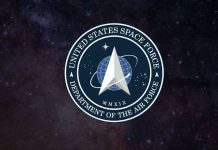 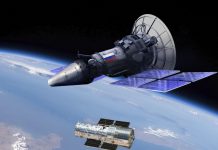