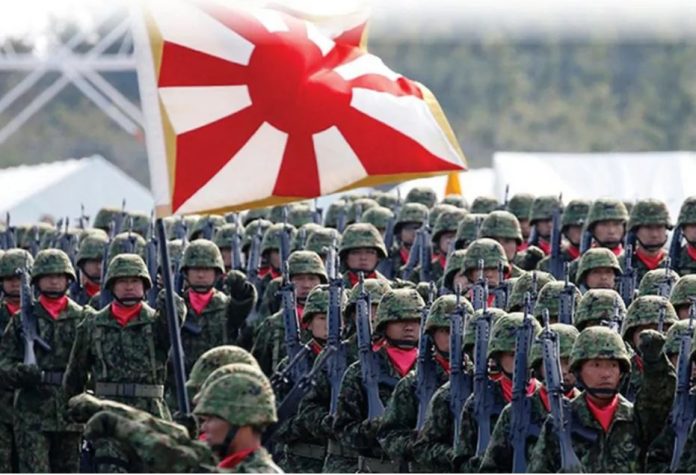 SINGAPORE — Japan will continue increasing its defense budget over the next five years amid a fear that Russia will use nuclear weapons against Ukraine, the island nation’s prime minister has said.

Fumio Kishida was delivering the keynote speech on the opening evening of the Shangri-la Dialogue on June 10. The forum, held in Singapore by the London-based International Institute for Strategic Studies think tank, focuses on security challenges in the Asia-Pacific region.

Kishida reiterated that the additional defense spending could cover the acquisition of counter-strike capabilities for attacking littoral and land-based targets in the event of an attack on Japan. Previous interpretations of Japan’s pacifist constitution barred the government from acquiring such capabilities.

He also pledged to continue efforts to advance Japanese security interests and strengthen the U.S.-Japan security alliance, calling it the lynchpin for regional security that could serve as a springboard to promote multilayered security cooperation with like-minded countries.

He also discussed efforts to help other regional nations, noting that Japan will continue to deliver capacity-building assistance to regional countries, particularly for the maritime domain. These include the provision of maritime patrol vessels, law enforcement capabilities, unmanned aircraft, and training for 800 personnel over the next three years in at least 20 different countries.

He estimated the value of this support, which will be provided via the so-called Quad group — made up of Japan, Australia, India, and the United States — will come to $3 billion. Japan previously provided support to the Philippines in the form of aircraft and spare parts.

Other forthcoming support includes training on the rule of law and governance for 1,500 personnel across the region, the prime minister said.

Kishida also warned against shrugging off Russia’s invasion of Ukraine as “someone else’s problem,” describing the attack as having shaken the very foundation of the international order.

He said the region must be prepared for the same to happen in its neighborhood, where an entity may trample on the peace and security of others despite international law.

Kishida’s opposition and concern over the deployment and potential use of nuclear weapons also featured heavily in his keynote. During World War II, the U.S. bombed Japan twice with nuclear weapons, one in Hiroshima and another in Nagasaki.

Kishida called on nations to work toward a world without nuclear weapons, and he criticized Russia and North Korea for continuing to threaten nuclear attacks. In late February, shortly after Russia invaded Ukraine, the Kremlin put its nuclear triad on high alert.

He also called on the world’s nuclear-armed states to declare their stockpiles of weapons and encouraged the U.S. and China to engage in bilateral dialogue over nuclear disarmament and arms control.