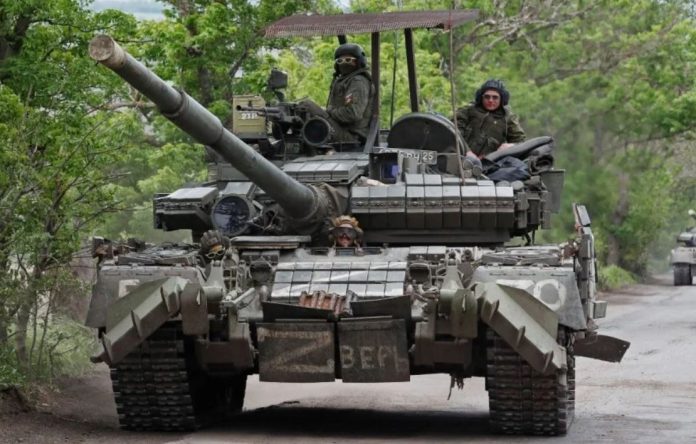 t has now been over one hundred days since Russia invaded Ukraine with no end to the war in sight. The war has the potential to drag on for months, if not years, and lead to the deaths of tens of thousands of more Ukrainians, as well as the destruction of more cities that will fuel a worsening humanitarian crisis. The United Nations Commission on Human Rights has confirmed that over 4,000 Ukrainian civilians have been killed during Russia’s invasion while the Ukrainian government claims a death toll of over 27,500. The war has resulted in the greatest refugee crisis since the end of World War II. It is estimated that nearly five million Ukrainians have left the country while an additional eight million have been displaced within Ukraine. These are staggering numbers that equate to over one-third of Ukraine’s citizens being forced to leave their homes. Furthermore, Ukrainian president Volodymyr Zelensky recently declared that Russian forces now control 20 percent of Ukraine’s territory.

While Western media outlets continue to mistakenly report that Ukraine is winning the war, Defense Secretary Lloyd Austin has indicated that Russia is making incremental progress towards achieving its military objectives. According to a recent Western intelligence report, even though the United States is providing Ukraine with four to five times more military aid than Kyiv spends on its armed forces each year, Ukraine is losing the Battle of the Donbas and suffering “extreme losses” while being “outgunned 20 to 1 in artillery.” Ukrainian troops are running out of ammunition, increasingly demoralized, and beginning to desert. The report also revealed that most Ukrainian artillery is limited to a range of twenty-five kilometers while Russian artillery and rocket launchers can strike from twelve times that distance. It also stated that Ukraine’s bargaining position has been weakened since Russia has more than ten times the number of prisoners of war than Ukraine. The intelligence report concluded by stating: “It is plain that a conventional war cannot be won if your side has several times fewer weapons, your weapons hit the enemy at a shorter distance, and you have significantly less ammunition than the enemy.”

While conceding the risks of Russian nuclear escalation, President Biden recently clarified that the United States does not seek a direct war with Russia, nor will it support the overthrow of Russian President Vladimir Putin. After declaring last month that its objective was to weaken Russia and destroy its ability to wage offensive war, the Biden administration now says that the purpose of U.S. military assistance is to strengthen Ukraine’s ability to negotiate a more favorable peace agreement. When asked if Ukraine might have to cede some of its territories in a negotiated peace agreement with Russia, Biden did not rule out that possibility.

What follows is a proposed fifteen-point peace plan to end the Russo-Ukrainian War. These are the best and most realistic terms Ukraine can hope for, as well as the terms most likely to be agreeable to both sides. Such a negotiated compromise peace agreement could be mediated by France, Germany, Italy, Turkey, and Israel and would be followed by a cessation of all military operations and the withdrawal of all Russian military forces from Ukraine outside of the Donbas region. To my knowledge, this is the first comprehensive peace proposal that has been published in a Western journal and it attempts to permanently resolve, rather than postpone the resolution of, all existing areas of contention between Russia and Ukraine to ensure that Russia won’t have any reason to resume hostilities against Ukraine in the future. This proposal also addresses some of Russia’s most pressing security concerns while serving to enhance the security of NATO members by reducing the prospects of a future conflict with Russia.

Fifteen Point Peace Plan to End the War in Ukraine

If the Donbass region votes for independence, this would amount to the loss of approximately 6.5 percent of Ukrainian territory held prior to Russia’s invasion. However, most of the coastal territories Ukraine would regain from the peace agreement would compensate Kyiv for its loss. Given that Kyiv has no real hope of regaining these lost territories militarily, it would have much to gain from a “land for peace” agreement. Negotiating a peace agreement will also save the lives of thousands, if not tens of thousands, of Ukrainian citizens, sparing its cities from further destruction, and allowing thousands of its roads, bridges, schools, and hospitals to be rebuilt. The cost of rebuilding is estimated to be $600 billion. Although the war has forced half of Ukraine’s businesses to close, a peace deal could allow them to reopen and millions of Ukrainians could return to work. A peace deal would also end Russia’s devastating Black Sea naval blockade and restore Ukraine’s ability to engage in international trade while enabling most of its nearly 13 million refugees to return home. Finally, ending the war by July would prevent the projected 60 percent decrease in Ukraine’s gross domestic product if the war continues until the end of the year.

It is in the United States national security interests to incentivize Russia and Ukraine to negotiate a peace agreement as soon as possible and avoid a potential Russian escalation to the use of tactical nuclear weapons against Ukraine or against frontline NATO states. The Biden administration could do so by offering to suspend the implementation of all new economic sanctions against Russia, U.S. troop deployments to Eastern Europe, and lethal military assistance to Ukraine in exchange for an immediate and sustained Russian ceasefire, a halt to Russian military advances, and the resumption of serious peace negotiations along the lines outlined above. A relaxation of sanctions following a peace deal would likely provide badly needed economic relief for Americans by significantly lessening fuel, food, and energy prices. It would also significantly lessen the severity of the worsening global food crisis, which threatens to starve millions of people in the Global South.

With Ukrainian military and territorial losses in the Battle of the Donbass increasing, the longer the Biden administration and its NATO allies delay in persuading Ukraine to negotiate a peace agreement with Russia, the weaker Ukraine’s negotiating position will be. If Zelensky decides not to negotiate a peace agreement following the Russian conquest of the Donbass, Putin has made it clear that he intends to formally annex the entire Donbass region and the Kherson oblast while keeping control of 70 percent of Ukraine’s Black Sea coastline. One Russian general has stated that Moscow would then stage a follow-on offensive to capture Odesa and cut Ukraine off from the Black Sea, making it a land-locked country and further weakening its economic and territorial security. For all of these reasons, it is in the United States and Ukraine’s national interests to finalize a peace agreement ending the war as soon as possible.

David T. Pyne, Esq. is a former U.S. Army combat arms and H.Q. staff officer with an M.A. in National Security Studies from Georgetown University. He currently serves as Deputy Director of National Operations for the EMP Task Force on National and Homeland Security and is a contributor to Dr. Peter Pry’s new book Blackout Warfare. He also serves as the host of the Defend America Radio Show on KTALK AM 1640. He may be reached at emptaskforce.ut@gmail.com.