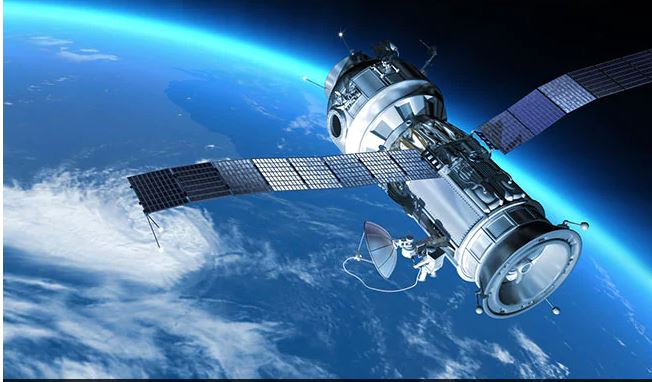 Since an attack on our most sophisticated spy satellites would almost certainly be among the first sign of war it is crucial that any response be coordinated between the military and the Intelligence Community. But I hear that few military senior commanders have been willing to accept that the DNI or another senior intelligence official — perhaps the NRO director? —  might command both spy and military satellites. However, in the first minutes or hours of an attack, the IC would probably know more about what’s happening and someone would need to decide whether to move satellites or take other actions. Also, the ambiguous and often uncertain ability to discern what is actually happening to a satellite — is it being attacked by man or nature — makes this decision even more fraught and their repercussions difficult to predict.

It’s not that the senior military leaders do not want the IC to command. The problem is more fundamental. Since senior American policymakers have long assumed that space would not be the center of a shooting war, we have never categorically detailed who would do what in the event of an attack in space. That is changing.

The debate appears to have begun as the Intelligence Community and the Pentagon began discussing the construction of the first “joint interagency and combined space operations in which both the IC and DoD sit,” as Deputy Defense Bob Work put it on June 23 when we first learned about the center.

The highly classified command center — about which we know very few details — should be operational by the end of the year, he said.

All this has been prompted by recent Chinese and Russian efforts to build effective anti-satellite capabilities.

The Chinese have made at least two major anti-satellite tests in the last decade and the Russians are engaged in similar efforts. Air Force Lt. Gen. Jay Raymond told an overflow audience at the annual Warfighters Lunch at the annual Space Symposium that American and allied satellites were no longer safe. “Soon every satellite in every orbit will be able to be held at risk,” the head of the 14th Air Force said.

One of the other Chinese actions that prompted high-level concerns in the US was the May 2013 Chinese “science experiment,” which many senior officials and independent analysts believe was an ASAT test near geosynchronous orbit, where some spy satellites live.

“This was the first time the Intelligence Community really got a scare because up to that time, they considered that their satellites were relatively safe because they orbit in very high altitudes. The Chinese test shattered those illusions,” Theresa Hitchens,  a scholar at the University of Maryland’s Center for International and Security Studies and former director of the United Nations Institute for Disarmament Research in Geneva, says.

China has claimed its test in July last year was for missile defense and noted that nothing was destroyed in the test and the Chinese have never admitted publicly that the 2013 test was connected with the military.

Faced with the Chinese and Russian work, the United States military has begun to make a fundamental strategic shift. Work outlined the changes at this year’s Space Symposium in Colorado Springs. Breaking D readers will remember — because we broke the story — that Work said in a classified speech that the US military “must be able to respond in an integrated, coordinated fashion” to attacks on US space assets and he used the charged term “space control” in making his argument. This is because space is no longer a sanctum free from war. In fact, space is considered by many experts to be where the next major war would begin.

“While we rely heavily on space capabilities, in both peace and war, we must continue to emphasize space control as challenges arise,” he said. “To maintain our military dominance we must consider all space assets, both classified and unclassified, as part of a single constellation (emphasis added). And if an adversary tries to deny us the capability, we must be able to respond in an integrated, coordinated fashion.”

But that is not how we fight now. As things stand today, the head of Strategic Command (STRATCOM) would command military space forces through Air Force Space Command’s Joint Space Operations Center (JSPOC). That is also where a small number of allied space officers work, coordinating with their national governments and with NATO.

On the military side of the fence, STRATCOM created a “Joint Space Doctrine and Tactics Forum,” which first met in February,, to create new doctrine and figure out some of these thorny issues.

I’ve tried speaking with a number of intelligence community sources since I first heard about this debate more than five months ago, but none of them were willing to address the issue.

Then the presumptive new chairman of the Joint Chiefs, Gen. Joseph Dunford, was asked this question by the Senate Armed Services Committee in the written questions submitted before his nomination hearing:

What is your understanding and assessment of the authorities and agreements which are in place to allow U.S. military personnel to carry out missions under the authorities contained in title 50, United States Code? Do you believe any modifications to these authorities are necessary?

Dunford’s response to the committee appears to signal that he is willing to let the Intelligence Community command military forces if needs be. “While I believe that our military forces are generally most effective when they operate under a military chain of command, there are circumstances in which exceptions to this general rule are appropriate; authorities and agreements exist to facilitate the granting of such exceptions,” he told the SASC.

I’ve spoken to several space experts who knew of the IC-DoD debate about command authorities and they believe Dunford is addressing this issue in his reply. He cites Section 3038 of Title 50, the law governing the Intelligence Community. That is the section dealing with the three intelligence agencies that dominate space operations: the National Reconnassance Office (NRO), the National Security Agency (NSA) and the National Geospatial-Intelligence Agency (NGA). The NRO is the key agency in the IC in terms of command authorities as it flies the nation’s spy satellites.

Space analyst Brian Weeden, an expert at the Secure World Foundation and former Air Force officer in the JSPOC, is skeptical of the administration’s claims about an increased threat in space.

“It is difficult to determine how much of this increase in rhetoric from the US military is driven by the budget debate, and their fear about being held to the sequestration budget caps. We have some evidence of China and Russia working on ASAT capabilities, but it’s very hard to tell how serious that threat is because the US government is not being forthcoming with details,” he said in an email.

He finds it “absurd” that the Intelligence Community might know something is happening in space and not share it with STRATCOM. “But, unfortunately, this is not a new situation, and it’s not unique to space. For example, it’s been something they’ve been struggling with in targeted drone killings,” he says.

He also notes that the Air Force has long assumed space would be a center of conflict in a war, though it’s clear from policymakers’ recent statements that they believe a fundamental shift is occurring in terms of US vulnerability to attack.

“Policymakers have NOT always assumed space would be free from conflict. When I was on crew in Cheyenne Mountain we had a crew position called the Space Battle Manager and two others called the Space Defense Director and Space Defense Analyst. That’s half of the military positions on the crew dedicated to detecting and characterize threats to US national security space systems. We had TTPs (Tactics, Techniques and Procedures) in place to train for, and response to, attacks on US space systems,” Weeden says, adding that the, “specific type of threats have changed since then, but there was always an assumption space would be contested.”

One issue that comes to mind is what the potential legal implications are of the IC characterizing Weeden sees two primary policy issues at play in the current debate. Who decides what constitutes a threat in space and who decides what should be done about those threats: the IC or the military?

“Another is the inherent conflict between the who is ‘warning’ about an attack and who is the ‘shooter’ deciding on a response. If both of those missions are given to the same entity, you have incentives for escalation,” he writes. “This is the reason that NORAD is the military entity charged with detecting and warning about attacks on North America, while USSTRATCOM is charged with the execution of nuclear forces in response.”

Here’s Dunford’s response to the SASC in full:

“Title 50 of the U.S. Code tasks the Secretary of Defense to ensure that the military departments maintain sufficient capabilities to collect and produce intelligence to meet requirements of the DNI, Secretary of Defense, CJCS, and COCOMs. Title 50 of the U.S. Code also authorizes the Secretary to use such elements of the DOD as may be appropriate for the execution of the national intelligence program functions described in Section 3038 of Title 50. While I believe that our military forces are generally most effective when they operate under a military chain of command, there are circumstances in which exceptions to this general rule are appropriate; authorities and agreements exist to facilitate the granting of such exceptions. In some cases, the Secretary of Defense may approve this exception and in other cases only the President has approval authority. I believe the current authorities strike the appropriate balance between enabling DoD to operate within its independent Title 50 authorities, providing necessary and appropriate support to other agencies of the U.S. government under Title 50, and ensuring critical oversight of sensitive operations.”