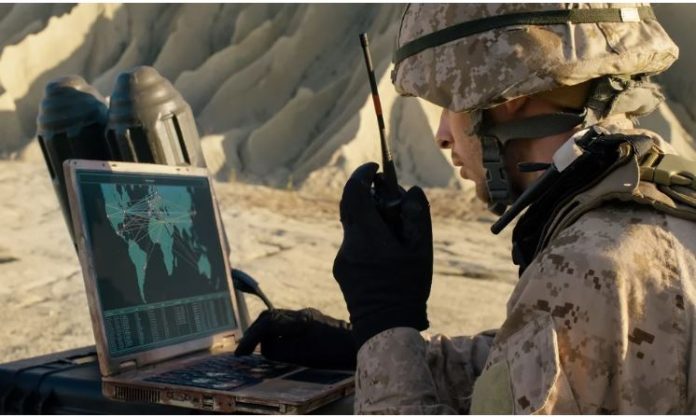 For beyond line of sight (BLOS) communication, SATCOM has increasingly become the technology of choice within the defence industry due to its high speed and reliability. However, satellite communication is vulnerable to attack in a warfare situation. In fact, the UK’s National Cyber Security Centre (NCSC) recently confirmed that Russia was behind a cyber-attack targeting commercial satellites in Ukraine, causing thousands of outages and permanently damaging terminals.

Unlike SATCOM, high-frequency (HF) radios require minimal infrastructure as they utilise the ionosphere for radio wave transmission. All that is required are the interface/receiver components, antenna, and power source. HF radio services are not vulnerable to operation-denial attacks, so should be considered mission-critical as a backup system when SATCOM is not available.

NATO’s current standardised agreement for HF radio data communication, STANAG 5066, provides peer protocols that operate above an HF modem and below the application level. The standard includes the compulsory Subnet Interface Service (SIS) protocol, which enables an application to connect to an HF Modem through a STANAG 5066 server over TCP/IP. It also defines the CAS and DTS layers, including automatic repeat query (ARQ) methods for data transmission.

Isode is a provider of mission-critical software for the defence and aerospace industries, with product categories including Military Messaging, XMPP Chat, Directory services, and HF radio.

When an HF solution is deployed, Isode’s partner companies provide the interface components and underlying communications infrastructure, while Isode provides the software needed above this.

Icon-5066 is Isode’s modem-independent STANAG 5066 server. Icon-5066 will connect to one or two HF modems, providing a single interface to an HF network that can be shared by multiple applications. It can be deployed in conjunction with an HF network and two peers in compliance with STANAG 5066.

In keeping with NATO initiatives to keep up to date with HF technology advancements, Icon-5066 provides 2G, 3G and 4G ALE support. When it comes to wideband HF, Icon-5066 also provides support for operations using STANAG 5069 contiguous waveform up to 240 kbps. The server also supports the Carrier Sense Multiple Access (CSMA)/Annex K approaches for sharing a single-channel operation, which is ideal for channels shared by a large number of nodes for ARQ protocols.

Isode’s Icon-PEP enables IP applications to be deployed over an HF network using the STANAG 5066 link layer as the interface. It enables generic switching of IP packets, so it can function as an IP subnet and optimise support for TCP over IP using a Performance Enhancing Proxy (PEP).

Isode’s web-based server, Red/Black, enables users to control and monitor different devices and servers. It is specifically designed to support HF radio systems and to display and manage communication chains. These servers can be used on their own or as a pair across a secure boundary, such as Isode’s M-Guard, which controls the flow of status and control messages across the boundary.