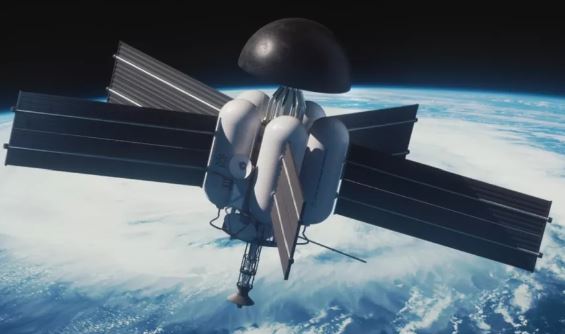 Add the Defense Innovation Unit to a growing list of U.S. government organizations furthering their work in nuclear power in pace.

The organization, which seeks to get the military ready to use emergent commercial products, announced two prototype contracts on May 17 “to demonstrate the next generation of nuclear propulsion and power capability for spacecraft.” The ultimate aim is an orbital flight demonstration in 2027, DIU officials said in a statement(opens in new tab).

The contracts went to two companies, Ultra Safe Nuclear and Avalanche Energy,  to demonstrate nuclear propulsion and power capabilities for small spacecraft that would operate in cislunar (Earth-moon) space. (The values of the contracts were not disclosed in the release.)

It’s part of the U.S. military’s pressing focus on cislunar activities to keep an eye on commercial and government activities that will ramp up there in the coming decades, including the international NASA-led Artemis program that seeks to put people on the moon in the 2020s.

If all goes to plan, Ultra Safe Nuclear will demonstrate EmberCore, a chargeable, nuclear radioisotope battery useful for propulsion and power.

“This ‘next-gen’ radioisotope system will be able to scale to 10 times higher power levels, compared to plutonium systems, and provide more than 1 million kilowatt-hours (kWh) of energy in just a few kilograms of fuel,” DIU stated.

Avalanche Energy’s Orbitron seeks to trap fusion ions in electrostatic fields, with assistance from a magnetron to keep the electrons closer to their nuclei (atom cores) than what is usually possible.

“The resulting fusion burn then produces the energetic particles that generate either heat or electricity, which can power a high-efficiency propulsion system,” DIU stated. “Compared to other fusion concepts, Orbitron devices are promising for space applications as they may be scaled down in size and enable their use as both a propulsion and power source. ”

Another military organization seeking cislunar nuclear technology is the Defense Advanced Research Projects Agency (DARPA). On May 4, the organization announced it is ready to move forward on a project to design, develop and assemble a nuclear thermal rocket engine for an expected flight demonstration in Earth orbit by 2026.

The proposals will support DARPA’s Demonstration Rocket for Agile Cislunar Operations (DRACO) program, which aims to develop a nuclear thermal propulsion (NTP) system for use in Earth-moon space.

NTP uses fission reactors to heat hydrogen or other propellants and shoots them out of nozzles for thrust, generating a thrust-to-weight ratio 10,000 times higher than electric propulsion systems. It also improves upon chemical rockets, as the propulsion efficiency (specific impulse) of NTPs is about two to five times higher, DARPA officials wrote in a description of the DRACO program(opens in new tab).

NASA is looking into NTPs as well. Such systems could bring astronauts to Mars in half the time as current propulsion systems (which would take six to nine months). NASA’s fiscal 2023 budget request, not yet approved by Congress, includes $15 million(opens in new tab) to support nuclear propulsion, and NASA is collaborating in the DRACO project too.