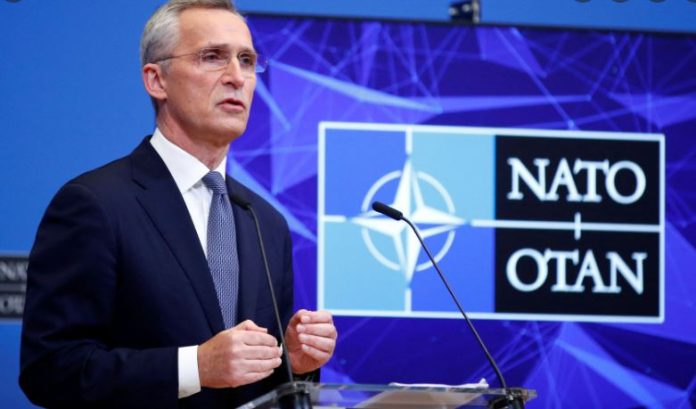 The war in Ukraine could continue for years but the West has to hold its resolve in the face of Russian aggression, the head of NATO has warned.

In an interview published in the German weekly Bild am Sonntag, NATO Secretary-General Jens Stoltenberg said “nobody knows” how long the war could last.

“We need to be prepared for it to last for years,” he said.

He also urged allies “not to weaken support for Ukraine, even if the costs are high, not only in terms of military aid but also because of the increase in energy and food goods prices”.

Stoltenberg stressed, though, that “the costs of food and fuel are nothing compared with those paid daily by the Ukrainians on the front line”.

Stoltenberg added: “What’s more if Russian President Vladimir Putin should reach his objectives in Ukraine like when he annexed Crimea in 2014, we would have to pay an even greater price.”

His words were echoed by UK Prime Minister Boris Johnson.

Writing in the Sunday Times after his second visit to Kyiv on Friday, Johnson said Western allies must “steel ourselves for a long war, as Putin resorts to a campaign of attrition, trying to grind down Ukraine by sheer brutality”.

Johnson said seizing all of Ukraine’s Donbas, which covers much of eastern Ukraine, had been Putin’s objective for the last eight years “when he ignited a separatist rebellion and launched his first invasion”.

While Russia was still short of this goal, “Putin may not realize it but his grand imperial design for the total reconquest of Ukraine has been derailed. In his isolation, he may still think total conquest is possible.”

Both men stressed the need to avert future Russian aggression.

Stoltenberg said: “If Putin learns the lesson from this war that he can just carry on as he did after the Georgia war in 2008 and the occupation of Crimea in 2014, then we will pay a much higher price.”

Johnson asked what would happen if President Putin was free to keep all the areas of Ukraine now controlled by Russian forces.

“What if no one was willing to lift a finger as he annexed this conquered territory and its fearful people into a greater Russia? Would this bring peace?”

Johnson said that through firm long-term support for Ukraine, “we and our allies will be protecting our own security as much as Ukraine’s and safeguarding the world from the lethal dreams of Putin and those who might seek to copy them.”

Johnson wrote: “Time is the vital factor. Everything will depend on whether Ukraine can strengthen its ability to defend its soil faster than Russia can renew its capacity to attack. Our task is to enlist time on Ukraine’s side.”

On Sunday, Ukrainian officials said heavy fighting continues in the city of Severodonetsk – the epicentre of the bloody battle for Ukraine’s eastern Donbas region – and surrounding communities as Russian forces try to break the resistance of Ukrainian defenders and capture parts of the eastern Luhansk region they don’t already control.

Serhii Hayday, head of the regional military administration, said the “battles for Severodonetsk continue,” and that the sprawling Azot chemical plant, where some 500 civilians are sheltering, had been shelled again.

To the west, in the Donetsk region, also in the Donbas, the Ukrainian military reported further shelling of Ukrainian positions near Sloviansk.

There was also a missile strike in the area, according to an operational update by the Ukrainian General Staff.

But there appears to have been little change in frontline positions. 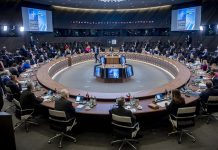 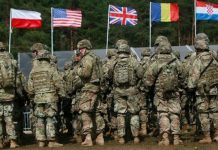 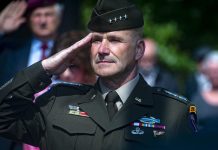