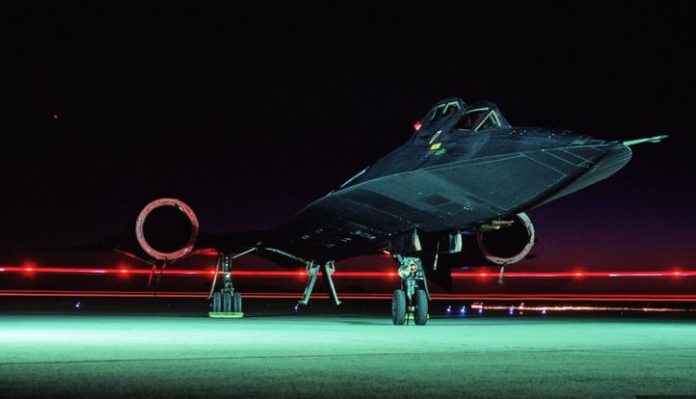 Titanium procurement during the Cold War was so vital to the United States’ goal of defeating the Soviet Union that it had to secretly buy the metal from the very country it sought to vanquish. It was 1960 and Washington needed spy planes that could avoid detection in Soviet airspace by flying to the heavens. To make what would become the vaunted SR-71 Blackbird, Lockheed Martin knew it had to build a light plane, but one that was strong enough to hold extra fuel to give it expansive range. The only metal that would do the job was titanium. The only place to get titanium in the needed quantities was the Soviet Union.

This was a pivotal moment between two great powers that desperately wanted to defeat the other. Ultimately, through third parties and fake companies, the U.S., “managed to unobtrusively purchase the base metal from one of the world’s leading exporters – the Soviet Union,” according to the memoir of Ben Rich, a Lockheed Martin engineer who worked on the SR-71. “The Russians never had an inkling of how they were actually contributing to the creation of the airplane being rushed into construction to spy on their homeland.”

While that story has a happy ending, it is nonetheless an eerie harbinger – and a warning. Today, the U.S. remains a net importer of titanium, and Russia is still one of the world’s most dominant titanium suppliers, leaving U.S. and European aerospace defense firms reliant on Russian titanium.

This unhealthy dependence has been made clear following Russia’s war of choice in Ukraine. As The U.S., U.K. and European Union have punished Russia by sanctioning most meaningful Russian entities, titanium and other metals remain un-sanctioned. Neither Washington, London nor Brussels have banned the import of Russian titanium, with the E.U. explicitly excluding Russian metals from its sanctions package, likely due to E.U.-based aerospace company Airbus’ reliance on Russian titanium.

In short, the free world has signaled its vulnerability. While Western nations want to economically isolate Russia, they simply haven’t diversified their supply chains to insulate defense contractors and commercial jet firms from geopolitical rivals. This dynamic was dangerous during the Cold War and Russia’s invasion of Ukraine could make today just as perilous. Ukraine boasts plentiful titanium reserves, advanced processing facilities, and enviable human capital. Should Ukraine’s titanium industry fall under Russian control, it would make the U.S. and Europe that much more dependent on its enemies for titanium. What makes that plausible scenario even more worrisome is the fact that Vladimir Putin remembers the strengths of his forebearers — resources — as earlier this year he blocked the export from Russia of around 200 various goods. Who is to say vital commodities like metals won’t one day be on that list?

It’s not unthinkable that Russia would cut off its enemies from some of its most valuable commodities, as it did in the ‘60s. This, of course, would leave the U.S. and Europe increasingly reliant on the world’s top titanium producer, China, which has made no secret of its revanchist intentions. In the same way that Putin previewed his invasion of Ukraine in a sprawling, and historically inaccurate, an essay published in August, Chinese President Xi Jinping has reiterated his intention to invade Taiwan and bring the island under Beijing’s control. Government leaders and the private sector would be wise to begin evaluating their exposure to crucial supply chains now, instead of the days after Chinese rockets are launched toward Taipei.

By now, the reality of supply shocks is something that nearly every American or European is personally familiar with. Whether in the market for a car or a house – or just items like gas, groceries, and baby formula – the skyrocketing price and unavailability of those goods is directly correlated to weak supply chains. While many current consumer supply shocks are the result of an unpredictable pandemic, Putin and Xi have given us the courtesy of foresight. Russia has unacceptably upended the status quo, and China plans to do the same. So, by looking forward, Washington, European capitals and other peace-loving nations can reasonably assume that more turmoil, unfortunately, lies ahead. By looking backward, in this case to the Cold War, it is clear to see that being in a position in which a superpower is reliant on its greatest enemy is not just risky, but unsustainable.