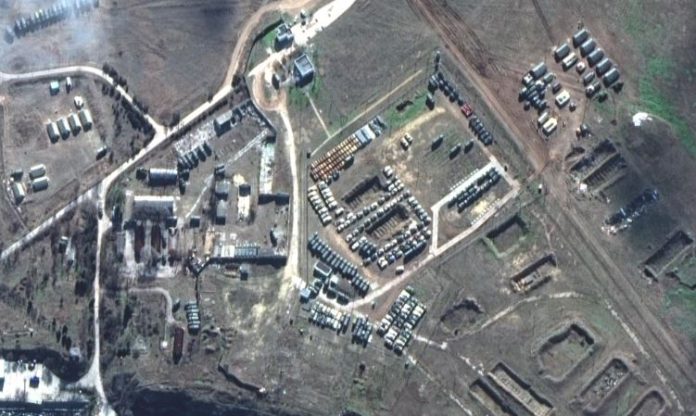 “We have nothing to share with Ukraine, at least for now,” SIIS President and CEO Kim Moon-gyu told SpaceNews on March 3. “We capture images using four [South Korean] government-owned remote sensing satellites. Therefore, the government always stands first in line to use them, and our turn comes when the government’s work is over. Since the conflict broke out, the government has substantially increased the time it uses the satellites, particularly when they fly above Ukraine, to see what’s happening down there. This has left us practically unable to capture images of Ukraine.”

SI Imaging Services’ denial marked another setback for an effort initiated and promoted by Ukrainian-born entrepreneur Max Polyakov to rally the commercial imagery industry on Ukraine’s behalf. Federov’s public letter, issued after Polyakov announced an “urgent plea” for optical and SAR imagery of the region reiterated the need for imagery support and said that Polyakov was acting on the Ministry of Digital Transformation’s behalf.

“We badly need the opportunity to watch the movement of Russian troops, especially at night when our technologies are blind in fact! SAR data is important to understanding Russian troop and vehicle movements at night considering that clouds cover about 80 percent of Ukraine during the day,” Federov wrote. “Please treat Max Polyakov and EOS Data Analytics as our representatives for this cooperation.”

Federov is also Ukraine’s minister of digital transformation. In the week since Russia invaded Ukraine, the 31-year-old Fedorov has been making frequent use of Twitter to enlist the tech industry’s support for his embattled nation. On Feb. 26, he publicly called SpaceX CEO Elon Musk to rush Starlink satellite broadband internet terminals to Ukraine. On Feb. 28, Federov reported that the first shipment had arrived.

Polyakov’s involvement in the call for imagery donations was cited in at least one company’s rejection of the request.

Earlier this week, San Franciso-based SAR satellite operator Capella Space turned down the Polyakov-initiated request, saying, “We do not work with individuals or entities restricted or sanctioned under United States government export laws and regulations.”

Polyakov’s Noosphere Venture Partners was added to the U.S. government’s Excluded Parties List System Dec. 22, around the same time the Committee on Foreign Investment in the United States (CFIUS) asked Noosphere to divest its stake in Firefly Aerospace. The Excluded Parties notice published on the SAM.gov website cited the U.S. Department of the Air Force as the “excluding agency” but does not explain why Noosphere is on the list. The Department of the Air Force encompasses the Air Force and the Space Force.

Although Capella is a private company, it does business with the U.S. National Geospatial-Intelligence Agency.

“Capella Space is working directly with the US and Ukrainian governments as well as other commercial entities to provide timely data and assistance around the ongoing conflict,” Capella CEO Payam Banazadeh wrote in a March 2 statement.

Polyakov did not respond to a SpaceNews request for comment before this story was published. However, Noosphere told journalist Tim Fernholz in March that it resolved its CFIUS issues on Feb. 28 and was “working to have itself and related entities cleared from the Excluded Parties List System,” according to a March 1 tweet.

Noosphere’s “indefinite” exclusion was still listed as active as of March 3, making the company ineligible for federal contracts or assistance.

“We understand that Max’s plea has caused confusion among some imaging providers because the U.S. government recently required Polyakov to divest his shares in a U.S. rocketry company for national-security reasons, including U.S. concerns that Russia might be able to attain rocketry intellectual property when it invaded Ukraine,” Noosphere Venture Partners President Anisimov Artiom told SpaceNews via email after this story was first published.

Artiom did not directly address a question from SpaceNews about whether EOSDA has received any imagery in response to Polyakov’s plea.