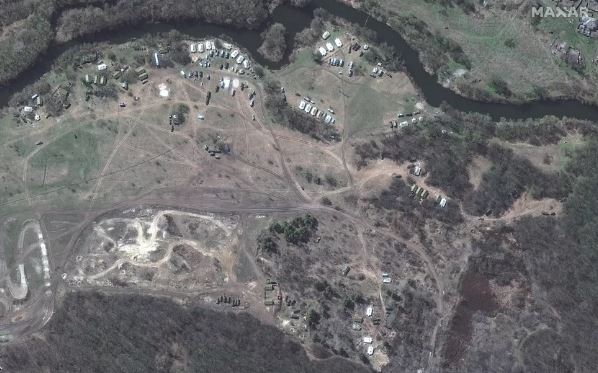 Russia’s intensifying focus on eastern and southern Ukraine is visible in satellite imagery.

Russia invaded Ukraine on Feb. 24, drawing condemnation from the United States and many other countries around the world. The Russian offensive was initially spread widely, with forces advancing on the Ukrainian capital Kyiv in the north, cities such as Mariupol in the south, and the Donbas and other regions in the east.

Things have changed in the past week or so, however; Ukrainian fighters have pushed Russian forces out of Kyiv and other northern areas, and the invaders have deployed more troops and military hardware to the south and, especially, the east(opens in new tab).

Zoomed-in view of a Russian military convoy near the Ukrainian town of Bilokurakyne, photographed on April 11, 2022, by Maxar Technologies’ WorldView-2 satellite. 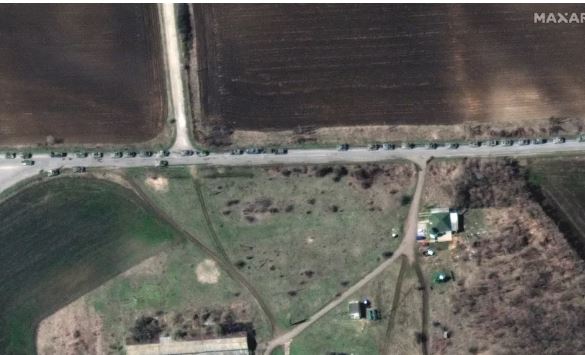 This shift is evident in newly released photos captured by satellites operated by Virginia-based company Maxar Technologies. The images show new troop deployments along the eastern Ukraine/western Russia border, as well as long convoys of military vehicles traversing the region.

Several such convoys were spotted Monday (April 11) in eastern Ukraine, near the towns of Bilokurakyne and Kyslikva.

“Together, the convoys contain more than 200 vehicles and include tanks, armored personnel carriers, towed artillery and support equipment,” Maxar representatives said in an emailed statement describing the newly released photos. Zoomed-in view of a collection of Russian armored vehicles near the town of Dzhankoi in Crimea, photographed by a Maxar satellite on April 6, 2022. (Image credit: Satellite image ©2022 Maxar Technologies)

The imagery also shows increased Russian activity in southern Ukraine. For example, “two probable Russian military resupply and maintenance bases have been established in southern Ukraine and in Crimea that is likely being used to help reinforce and resupply operations in and near Mariupol, Kherson and Mykolaiv,” Maxar representatives said.

Crimea was part of Ukraine until early 2014 when Russia invaded and annexed the strategically important peninsula. Mariupol has perhaps been hit harder than any other part of Ukraine during the war. Russian forces have been besieging the southern port city pretty much since the invasion began, destroying countless buildings and killing more than 10,000 civilians there, according to Mariupol’s mayor(opens in new tab).

The newly released Maxar imagery provides yet another snapshot of this ongoing devastation, capturing plumes of smoke rising from multiple battered buildings in the beleaguered city.