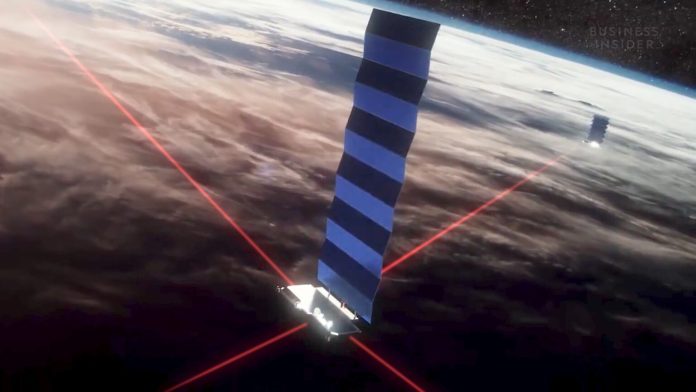 Dave Tremper, who oversees electronic warfare from the Office of the Secretary of Defense, recently shared the Department of Defense was impressed with SpaceX’s ability to rapidly thwart a Russian electronic attack on their Starlink constellation.

He said that “from the EW [electronic warfare] technologist’s perspective, that is fantastic,” and that “how they did that was eye-watering.”

He later stated that this agility is something the US military needs. I agree with that; however, with his earlier comments, not so much.

Was this eye-watering? No.

Was this even EW? Debatable.

To be blunt, SpaceX’s actions have been learned and relearned by numerous EW warriors over time. Those lessons, however, never seem to generate traction beyond observation and then a distant memory.

As one of many examples: on September 1, 2001, I pinned on Major and was appointed Wing Weapons Officer to the 355th for the EC-130H Compass Call. Just days later, our nation was attacked.

As the Wing Weapons Officer, I pointed out that one of our newly installed jammers had the physical ability to counter a heavily used Taliban communications system.

However, the air force had not paid for the associated software, inhibiting the operator from employing the system’s full range. My point was noted and appeared to be dismissed.

We were soon flying combat missions over Afghanistan. I continued to raise the issue until someone with enough power heard my plea.

Quickly, Air Combat Command, Air Staff, and others scrambled to respond. They sent the software engineer who designed the weapon system. Before each mission launch, he cracked open the operational flight program – normally taboo.

He rewrote the code daily, creating an opportunity for the aircrew to use the system to its full ability. I had never seen such a thing.

Through my time deployed, I truly enjoyed speaking with this man. He was nearly a doppelganger of the Grateful Dead’s Jerry Garcia. During our talks, he’d share stories of the amazing capabilities of this jammer (and others) and how other engineer friends lamented over true EW possibilities. I ate up every word.

After months deployed, I returned to the US and was asked by the lead weapon system contractor to speak to their engineers. This request raised massive red flags across senior military staff, far senior to my position as a major.

Their concern? An operator speaking directly to engineers could only mean one thing: more money. To this day, some associated with the weapon system at the military commands are still angered by this.

That’s my “Starlink” story, and while it may be new to some, it likely isn’t all that different to many others across the EW world. I’ve personally heard many.

I’d also say the tactic employed by SpaceX wasn’t all that unique. They employed the “mass” Principle of War; they “flooded the zone,” a tactic used in football, basketball, chess, checkers, and many others.

In fairness, Tremper is justified in raising the issue of SpaceX and Starlink, albeit, I think for different reasons.

Distance Between Operators and Engineers

First, the distance between operators and engineers at SpaceX is extremely short. From my experience, this is quite different in the US military.

As a young officer, I was often stifled from even commenting on capabilities engineers would discuss. It was akin to a child told to ignore all the candy in Wonka’s Chocolate Factory.

Perhaps this is different in other military communities outside of electronic warfare, I can only speak from my experience.

Secondly, while I was happy to see Elon Musk and Starlink rapidly thwart Russian jamming, it’s worth pointing out it took a guy with (forgive my language) “FU Money” to make it happen.

More to the point, consider this hypothetical. Suppose Starlink was a military program, and the DoD asked the contractor to flood satellites over Ukraine.

I’d suggest this is how that unfolds. After a few days, a well-prepared stack of papers laying out the cost of contracting, engineering, satellite recoding, satellite movement from optimum orbits, etcetera would be placed on a high-level official’s desk in the Pentagon.

The total cost would likely exceed what the DoD would be willing to resource. Even if the DoD wanted to take such action, they probably wouldn’t have immediate access to funds to execute.

The result? The department’s answer would be, “Thanks, but we will just work through the jamming.”

Third, SpaceX engineers’ compensations are far better than the vast majority of their counterparts working for or in support of the DoD.

It also appears that there are far fewer engineers at SpaceX, relative to mission size and scope. Most have decision-making authority and are not blanketed under layers and layers of bureaucracy. Money, however, is only a portion of the issue.

For newly graduating engineer students, two of the top three companies identified as their “dream job” were Tesla and SpaceX. These companies get their pick of the litter and the chance to groom the cream of the crop.

While SpaceX has vertically integrated, leaned out manpower, gave decision-making authority to the lowest levels, and created a competitive market for highly specialized skills, what has DoD EW done?

Arguably, gone the other way. Specific to the US Air Force, there are no longer Electronic Warfare Officers intensely trained on the electromagnetic spectrum (EMS); instead, there are now hybrid Combat Systems Operators who receive generalized training across various disciplines.

At the DoD, there are more people associated with EW, however, most of them are tangential and have other higher priority responsibilities. Additionally, most personnel are horizontally integrated, and few have decision authority.

My point is not to criticize the US Air Force or DoD. There are benefits and reasons for the steps they’ve taken.

However, I’m pointing out that DoD leadership likely can’t have their cake and eat it too. Specifically, they can’t expect to mimic Starlink’s EMS warriors if they aren’t willing to mimic SpaceX’s from funding, organizational, and staffing perspective.

While I realize some will see this article critical of those currently in EW leadership, I’d ask they see past my harsh tone. I’m appreciative there’s an EW discussion at Tremper’s level and that it made it into media. On some levels, that’s a win.

And my final hope, if my “EW Jerry Garcia” is still out there, I’d love to link back up and hoist a beer. I truly miss our discussions and enjoyed every minute we had together. You know who you are, even if the world doesn’t, and your efforts made the Taliban a lonely, isolated bunch. Our nation owes you a huge debt for being a plain-clothes civilian who came forward to fight.