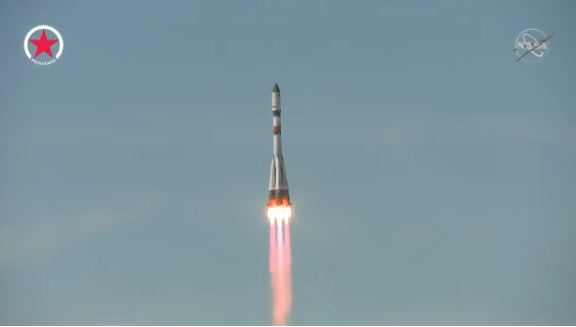 Russia on Friday (June 3) launched its first resupply mission to the International Space Station since the country invaded Ukraine, despite repeated claims that its space agency Roscosmos was planning to leave the space station partnership, which is a collaboration of five national space agencies and 15 different countries.

The uncrewed Progress 81 cargo ship lifted off from Baikonur Cosmodrome, Kazakhstan at 5:32 a.m. EDT (0932 GMT) and will dock at the space station less than four hours later. It is delivering nearly 3 tons of supplies to the station.

NASA officials have repeatedly stated that the International Space Station program is continuing as expected, with Friday’s Progress 81 launch the latest example of steady and ongoing operations by Russia and all program partners. NASA did carry the launch live on NASA TV.

Here’s a look at other space industry news from Ukraine:

Scientists with the European Space Agency are worried about their ExoMars rover mission after losing their launch opportunity on a Russian rocket, another consequence of the ongoing war in Ukraine. They are hoping to secure another rocket ride and new landing platform to salvage what was once an ESA-Russia collaboration.

NASA astronaut Mark Vande Hei and ESA astronaut Matthias Maurer, who returned to Earth from the station in March and May, respectively, have recently spoken out on their thoughts of Russia’s war on Ukraine and how it impacted life on the space station amongst crews that included Russian cosmonauts. ‘At the beginning of the war, the whole country went dark at night.’ Vande Hei said.

Earlier in May, satellites in orbit spotted a sunken Russian ship off the coast of Snake Island in Ukraine.