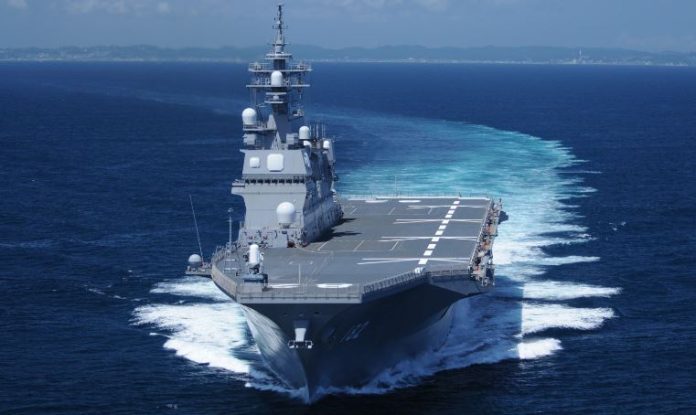 In April 2022, Japan’s ruling Liberal Democratic Party announced that it will seek to double Japan’s defense budget. As a reaction to Russia’s invasion of Ukraine, Tokyo’s reasoning has substantial merit.  China and Russia appear to be joining ever closer in their bilateral security relationship – underlined most recently by the bilateral strategic aviation exercise in May. There was also the rather provocative joint Russia-China naval sortie through the Tsugaru Strait last October, which was not well received in Japan, to put it mildly.  Meanwhile, North Korea has been launching ballistic missiles with ever greater frequency and there is most likely a nuclear test also in the offing.

Some opportunism could also be at work – for sure.  It seems likely that Tokyo’s defense establishment has long wanted to break through the traditional 1% rule that has constrained Japan’s defense spending for many decades. When Germany, the other major defeated power from WW2, took the unprecedented move to massively increase its defense expenditures in the wake of the Russian invasion of Ukraine, Berlin was subsequently praised in Western capitals, especially in Washington, for making an appropriate response to the extant threat.  Tokyo can claim, with some legitimacy, that the Russian threat looms much closer even to Japan’s shores than to Germany’s.  Thus, Japanese leaders have moved with alacrity to make this major adjustment that many consider long overdue.

As noted above, tensions have been building in Russia-Japan relations for some time.  Moscow has been in the process of updating its defenses on the Kuril Islands, proximate to Japan’s northernmost island of Hokkaido. The so-called “Northern Territories” are a dispute over a handful of small islands that have simmered between Tokyo and Moscow since the end of WW2. The Kremlin has also been in the process of substantially strengthening its Pacific Fleet with new nuclear and conventional submarines. Alas, Shinzo Abe, Japan’s most prominent leader of recent times, had made major exertions to achieve a rapprochement with Russian President Vladimir Putin, but now all those efforts have come to naught.

Tokyo knows well, of course, that Japanese cities could very well be targets in a “Second Korean War” and Pyongyang’s missile tests often arc right over the Japanese archipelago.

Yet, the primary concern with respect to Japan’s defense budget is not Russia or North Korea, but rather China. For the last decade, Tokyo and Beijing have been sparring dangerously in the East China Sea.  Japanese leaders have decried Chinese human rights policies, and the rapid advances of China’s military modernization, and have made geopolitical moves to counter China’s Belt and Road Initiative, including the Quad grouping, which formed the centerpiece of President Joe Biden’s most recent visit. Tokyo has begun in earnest to fortify some of its small islands in the East China Sea and has made increasingly vocal overtures regarding the defense of Taiwan.

Not surprisingly, the Japanese discussion of Taiwan has touched a raw nerve in China.  On 31 May, a Chinese editorial warned Tokyo about “playing with fire” in the Taiwan context and sharply rebuked “the excitement of some Japanese politicians” over Biden’s answer to a reporter’s question in Tokyo that leaned heavily in the direction of U.S. military intervention. The same editorial underlined that such an outcome would “certainly lead to a direct conflict” between Japan and China. Such an approach may be part of a larger trend in Chines strategic thinking.  A major Chinese military magazine devoted a 40-page special section in March 2022 to Tokyo’s inclination to “use Taiwan to ‘contain’ China,” and how that inclination might be defeated.

If such sentiments sound dangerously familiar from the escalation spiral that has enveloped Eastern Europe over the last couple of years, this analogy is unfortunately all too appropriate. The extant dangers in the Western Pacific could end in a catastrophe that makes the war in Ukraine look mild by comparison.

Tokyo’s security situation is exceedingly complex, and some upward readjustment of Japan’s defense expenditures does seem warranted, but this must be done with the utmost caution and stress on defensive measures only.  Japanese leaders will be wise to maintain open channels of communication – both with Moscow and Pyongyang for that matter.

As regards the even harder China question, Japan’s leaders must resist the ever-present temptation to resign themselves to militarized rivalry and even armed conflict with Beijing. If the Taiwan issue is put aside, then any notional Chinese military threat to Japan is minimal and manageable. Indeed, much greater caution is necessary for Tokyo concerning the fate of Taiwan. The late Prof.

Ezra Vogel points out in his final, magisterial tome on China-Japan relations that Japan’s initial rule on Taiwan after 1895 was exceedingly brutal. No wonder the island remains a volatile touchstone for Chinese nationalism to this day. Yet in the same important book, Vogel cautions against Beijing’s “superpatriotic passions” and invites both China and Japan to “face history” together, studying whole centuries in the past when the two countries learned constructively from one another.

An objective view of Japanese and Chinese foreign policy interests reveals that they are, in fact, not so distant – both favoring development and stability — and can be reconciled. For the sake of peace, the U.S. would be wise to devote major diplomatic efforts to bring these two Asia-Pacific giants closer together.