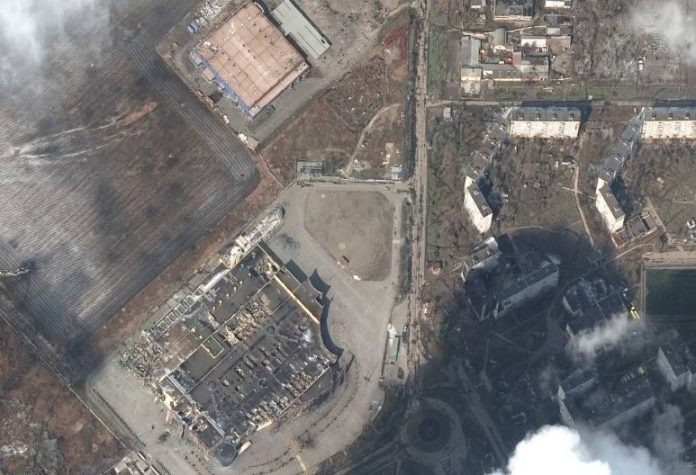 PARIS — In the weeks leading up to its invasion of Ukraine, Russia telegraphed its intentions by destroying one of its own satellites in orbit and then hacking U.S.-based communications company Viasat, according to France’s top military space officer.

The move confirmed for European military leaders how they had long suspected that future conflicts with Russia could play out.

While the discussion of Russia’s invasion of Ukraine at Europe’s largest army tradeshow being held this week near Paris focused on how militaries fight on the ground, Maj. Gen. Michel Friedling, the head of France’s Space Command, said Russia’s use of cyber and space weapons sent a critical message.
“What Ukraine has shown us well is that things will begin in [the] cyber and space domain before beginning on the ground,” he said Wednesday. “The cyberattack against Viasat was done the day before the beginning of the ground invasions. This is very significant. And this is very interesting. This is a big lesson. I would say it’s something we were thinking but now it’s real.”

Last month, U.S. and European leaders blamed Russia for a Feb. 24 cyberattack that disrupted internet service for tens of thousands of people in the critical moments that preceded the invasion of Ukraine. The attack on Viasat, a California-based provider of high-speed satellite broadband services and secure networking systems covering military and commercial markets worldwide, was meant to cripple Ukrainian command and control as Russian forces advanced, U.S. and U.K. officials said May 10.

A few months earlier, on Nov. 15, Russia destroyed one of its own satellites in an anti-satellite weapon test, according to the U.S. State Department, creating more than 1,500 pieces of orbital debris that led astronauts on the International Space Station to take cover on several occasions. Space debris-tracking company LeoLabs identified the satellite in question as Cosmos 1408.

Frieling also said as companies such as Viasat or Maxar Technologies, which provided satellite imagery of Russian equipment before and during the conflict, or Elon Musk’s SpaceX, which offered communications services within Ukraine, become more entwined in the day-to-day events and provide military-like offerings, their role becomes blurry to adversaries.

“This is a question of the future,” he said.