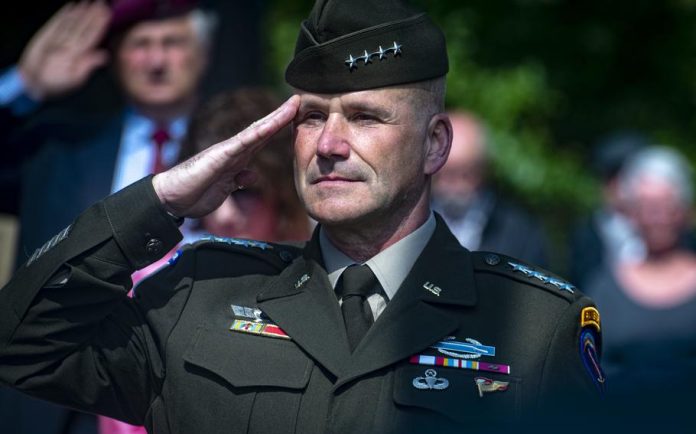 WASHINGTON — Gen. Christopher Cavoli, the U.S. Army’s top general in Europe, will assume command of all U.S. and NATO forces on the Continent on July 1 after winning confirmation by the Senate.

Cavoli will replace Air Force Gen. Tod Wolters to take charge of the U.S. European Command and become NATO supreme allied commander following four years of leading U.S. Army Europe and Africa. His appointment comes amid a grinding war in Ukraine that has upended decades of security on the Continent and prompted traditionally neutral Finland and Sweden to seek NATO membership.

Cavoli welcomed the possible addition of the Nordic nations into the military alliance last month, telling the Senate Armed Services Committee that expanding NATO would help counter Russia and force the Kremlin to reconfigure its forces.

“I look forward to the accession of Finland and Sweden to the alliance,” he said. “Each of those militaries brings quite a bit of capability and capacity to the alliance from day one.”

The committee approved Cavoli’s appointment last week and the full Senate signed off on it Thursday night.

NATO members will meet at a major summit in Madrid next week to discuss the changing security landscape in Eastern Europe and unveil their first strategic concept since 2010. The number of U.S. troops on the Continent more than doubled since Russian President Vladimir Putin launched a full-scale attack on Ukraine in late February.

Cavoli has declined to speculate on long-term posture design in Europe but told the Senate panel last month that he does not expect a need for large additional forces. He said the U.S. will continue to serve as an example for other NATO nations.

“The U.S.’s special role inside NATO is to point the way toward the future and demonstrate with our actions how to go in that direction,” he said. “As we arm our own military, we create a model that other nations in the alliance can emulate.”

Senators were particularly impressed with Cavoli’s expertise on Russia and knowledge of the Russian language and said they believed the skills could help manage a Russia-U.S. relationship that has plunged to its lowest point since the Cold War.

Cavoli received a master’s degree from Yale University in Russian and East European studies, spent months living in Moscow, and previously served as director for Russia on the Joint Staff.

Cavoli was born to an Army family in Wuerzburg, Germany, during the Cold War and grew up at military bases throughout Europe. He is a graduate of Princeton University and led troops in two tours in Afghanistan.

Cavoli is expected to serve in his new post for three years. Lt. Gen. Darryl Williams, superintendent at the U.S. Military Academy, was confirmed on Thursday to take over command of Army forces in Europe and Africa. He will be the first Black general to hold the position.