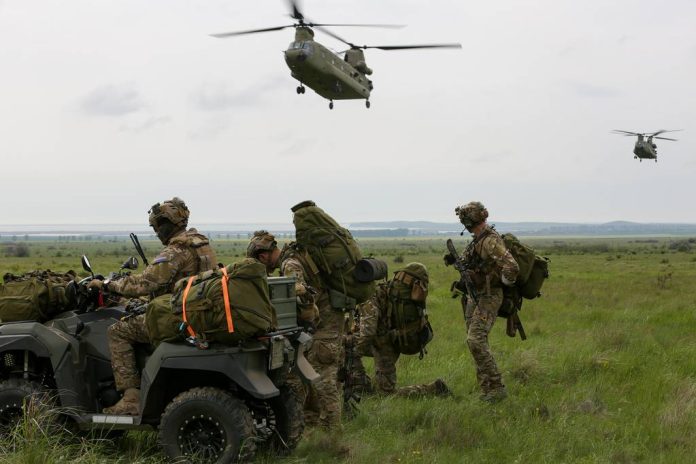 At a summit in Brussels last month, NATO Secretary General Jens Stoltenberg announced that the alliance would reinforce its eastern flank by doubling the number of battle groups there from four to eight. Unfortunately, this number will still not be sufficient.

Chairman of the Joint Chiefs Gen. Mark Milley was closer to what’s needed when he suggested during April 5 testimony to Congress that permanent installations should be built for rotational forces.

Ultimately, the proposed troop levels should be much higher than eight battle groups.

Doubling the number of battle groups from four to eight makes for a great sound bite — and that’s about it. A NATO battle group is a reinforced battalion, about 1,250 troops. With these eight battle groups — totaling roughly 10,000 soldiers — NATO now proposes to guard its 2,700-mile border from Norway and Estonia to Romania with about one soldier every 1,400 feet. That’s not a deterrent force; it’s a speed bump.

NATO’s member states have a collective gross domestic product of $43 trillion and a total population of 946 million. The decision to add only a token reinforcement of 5,000 soldiers was, therefore, not made for lack of resources. The problem is a question of priorities: guns versus butter. Eleven years after then-Defense Secretary Robert Gates’ famous address to his NATO counterparts, only 10 of the Alliance’s 30 member states spend the minimum 2% of gross domestic product on defense, some barely above that figure.

Russia will rebuild its military. That force in the coming years will incorporate lessons learned from the fighting in Ukraine. Its political and military elite will harbor the same fears and animosities as does Putin. NATO, therefore, has a choice: capitulate to Russia’s territorial demands or adequately guard its borders.

Milley’s testimony before the House Armed Services Committee stating that NATO’s eastern flank must be reinforced is a welcome contribution to an important discussion over troop levels. His adamant support for an adequate force — hopefully, the equivalent of at least 12 brigade combat teams plus all necessary support capabilities — is essential.

Even so, the lack of consensus on the need for an adequate defense budget, and the belief by some commentators that the U.S. must focus exclusively on China, will force compromise. The end result of this debate will be a force on NATO’s border with Russia and Belarus that’s too small.

There is, fortunately, a solution. The Defense Department should reinstitute the Reforger — REturn of FORces to GERmany — deployment exercises, last conducted in 1993.

For decades, the U.S. Army would annually deploy as many as 125,000 personnel to Germany by air, rail and sea, demonstrating NATO’s continuing commitment to the defense of Europe. Having participated in the final multi-division Reforger, I can attest to its training value. Every member of NATO should annually conduct such collective exercises, ideally in concert with one another, from home station to their sectors along NATO’s eastern flank.

Our current Defender exercises don’t accomplish this objective. Defender, while invaluable as a training exercise, is too limited in scope. Russia invaded Ukraine with the equivalent of about 13 divisions. The annual NATO exercise should be two to three times larger than at present. The entirety of the deployment process, from home station to forward battle positions, must replicate a wartime deployment to identify shortcomings and choke points.

It will take several years to build the installations to house, train and support these forces. That’s the easy part. It will likewise take years of training to forge these disparate units and their follow-on reinforcements into a competent, cohesive and rapidly deployable force.

If the politicians who collectively lead NATO are serious about maintaining peace along its eastern flank, they must demonstrate that resolve by committing the necessary resources, not through token troop deployments like those announced in Brussels.