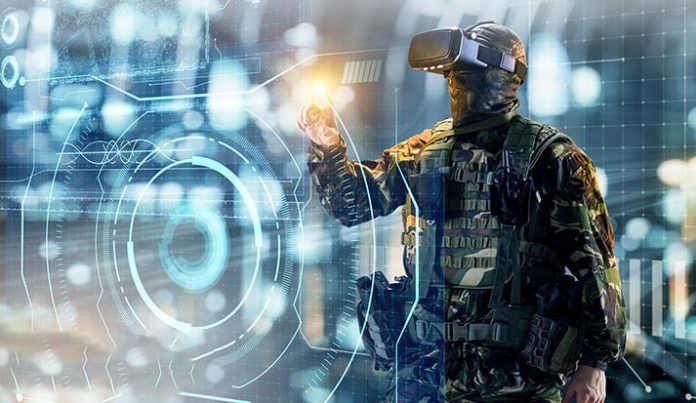 When it comes to key emerging technologies like additive manufacturing, artificial intelligence, and space, the U.S. remains the leader in innovation, according to a new study prepared for the Air Force.

Analyzing hundreds of million of patent applications from across the world, the report from the RAND Corp. found that in six areas—Additive manufacturing (AM), AI, space, quantum, ceramics, and sensors—where there have been surges in interest over the past few decades, U.S. inventors have typically been “first to file in areas of technological emergence, far more often than other countries,” the report states.

That lead-in patent application has held up even against China, which Pentagon and Air Force officials have repeatedly called their pacing challenge and main priority.

The report’s authors also looked at technology areas where the U.S. has led the way, only to then be followed by China.

The study was commissioned by the Secretary of the Air Force’s office, Silberglitt said, as part of “the big question of, how’s the U.S. doing relative to other countries in technology?”

The answer would seem to give some reassurance about the U.S.’s advantages in areas that many experts say will be crucial to the future of warfare.

But Silberglitt noted that the study does contain some insights that require further analysis.

For one, the authors looked at instances when the U.S. and China had surged in similar areas within a few years of each other—so-called “close emergences.” It then broke down which country typically had more early patent filers, which “may indicate which country is leading the technological competition in these emergent subclasses,” the study states.

“For these close emergencies, which it turns out are a tiny percentage of all of the emergences, [two] percent … but in this very, very small case of the U.S. and China emerging at almost the same time, we found that there’s a difference in who has the earliest patents,” Silberglitt said.

While the U.S. remains the technological leader by a total number of first emergences, “China and the United States are now approaching parity, or in some cases, the United States is falling behind, in areas of close competition,” the report states. Some of that phenomenon could be caused by a pattern Silberglitt and his co-authors have noted.

“In the U.S., when you see an emergence, a surge of patent applications in a particular area, it’s typically pretty gradual. I mean, it goes up exponentially, but it goes up over a very long time. It takes about 20 years before it reaches saturation,” Silberglitt said. “With China, our experience has been that it’s a much, much shorter time. … So if you have two S curves you’re comparing to each other, and one of them’s more gradual and the other one goes up faster, who’s going to have more early applications?”

There also could be another pattern at play.

“Typically when China has an emergence, it’s very focused,” Silberglitt said. “If you look at the other areas that are connected in this network, there’s not so many of them. Whereas with the U.S., when you see one of these emergences and look at the other areas that are connected, there’s a host of them. So in other words, the U.S. inventors are trying to apply their applications, we infer, to many, many, many areas, as broadly as possible. And the Chinese inventors are focusing on some areas which may be the areas that the government is most interested in.”

The impacts of those differences are still to be determined. Among the next steps recommended by Silberglitt and his co-authors is further study into the quality of the patents filed across countries, going beyond just the raw totals counted in this analysis.

And moving forward, it also remains to be seen if the Pentagon and the Air Force can become more rapid adopters of commercial technologies and innovations—leaders have frequently complained that the Defense Department’s outdated acquisition policies prevent it from being on the cutting edge, especially with small- to medium-sized companies.

In that regard, the RAND study provides a potential roadmap, identifying 36 such companies that have been early filers for patents in emergent technologies—their names, however, are not included in the public report.