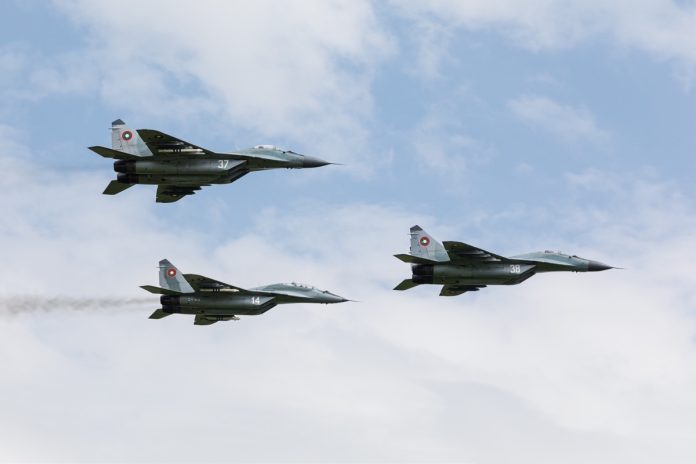 SOFIA, Bulgaria — On 8 August 2022, crews of the Bulgarian Air Force (BAF) started performing tasks in the joint flight training “Thracian Viper – 2022”. Forces and assets from the Air Forces of Greece, Canada, Romania, and the United States in Europe will participate in the training.

Within two weeks, in the period 8 August – 19 August 2022, joint flights will be conducted in the Bulgarian airspace, and tasks specific to the sectors of aviation and air defence will be performed, the complexity of which will increase as the training progresses. Their main objective is related to the preparation of forces for joint participation in coalition operations.

On the Bulgarian side, servicemen from the Command, control, and surveillance base, crews of MiG-29 fighter jets from Graf Ignatievo Air Base, crews of Su-25 aircraft from Bezmer Air Base, and crews of AS-532 Cougar helicopters from Krumovo Air Base patriciate in the training and have to fulfill tasks on aeromedical evacuation. Air defence formations from the Air Force and the Land Forces take part in the training as well.

Royal Canadian Air Force F-18s will operate from the territory of Romania, our northern neighbor. The Romanian and the Greek Air Forces with their F-16s will conduct flights taking off from and landing at their permanent bases.

US Air Force personnel will provide for the aviation operations at Elena training area.

The joint training “Thracian Viper” has been conducted annually since 2010 and provides opportunities for the Air Forces of the participating nations to generate rich experience in the conditions of real interaction in an international environment.

Story byMINISTRY OF DEFENCE OF THE REPUBLIC OF BULGARIA