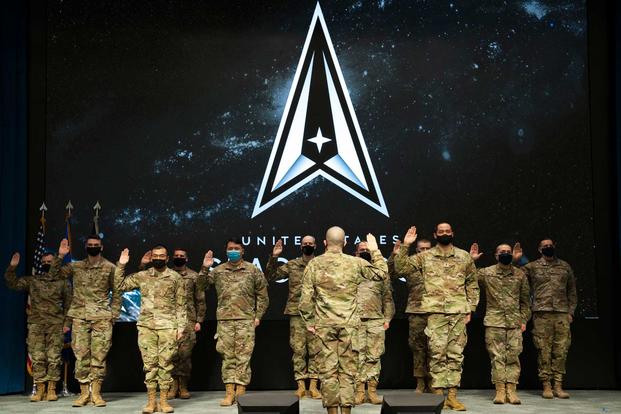 At this month’s Space Symposium in Colorado Springs, Colorado, Secretary of the Air Force Frank Kendall laid out his vision for “transforming” the Space Force into the “great protector” as well as the key enabler for all other terrestrial operations in air, land, sea domains.

Our adversaries understand the importance of space superiority. Countries like China and Russia have worked so hard to rapidly develop, deploy and demonstrate military capabilities that can put our space enterprise at risk. They believe space warfare is inevitable and that they could gain a significant warfighting advantage by attacking our capabilities on orbit.

They’re right, and we need to change our approach. That’s why Kendall stressed the imperative of transforming the Space Force into a full-fledged armed force capable of empowering deterrence and achieving space superiority for U.S. Space Command.

We should expect U.S. Space Command to meet the same expectations we hold for every other combatant command — securing military superiority within its assigned domain while providing warfighting support as an equal member of the joint force. In addition to its work developing more resilient space architectures, the Space Force should take the lead in defining, developing, and fielding offensive and defensive space capabilities it can provide to U.S. Space Command.

To accomplish this will require the Space Force, as well as the other services, to field appropriate capabilities, including offensive and defensive systems. In a future conflict, we must be able to deliver the critical space capabilities our terrestrial forces depend on while denying our adversaries access to theirs. Deterring conflict through credible strength is the goal; making that work requires change.

U.S. Space Command presently lacks the capabilities necessary to achieve space superiority, which undermines deterrence. Specifically, it doesn’t have offensive or defensive means sufficient to deter attacks on our space assets and — if deterrence fails — to protect and defend our space assets while denying our adversaries the use of theirs.

Though the Space Force will have the dominant role in sustaining our current space capabilities and countering potential adversaries, it cannot be expected to provide all of the capabilities U.S. Space Command will need to achieve space superiority. The Army, Navy, Air Force and Marine Corps’ support will be required as well.

Not all adversary space-focused offensive capabilities are in orbit. Many are based here on earth and holding them at risk will require air, maritime, cyber, and land combat power. In the past, space assets have always supported terrestrial domains; it’s time for that script to flip.

We also need to respond to China’s overt deployment of kinetic anti-satellite (ASAT) missile systems. Even though the Biden administration wants to ban destructive ASAT tests, that should not stop us from developing a capability in case we need to use it — just like the Nuclear Test Ban Treaty did not sunset our strategic triad.

The quickest course of action is to modify Standard Missile-3 into a publicly acknowledged set of attack squadrons. This will reduce our vulnerability by enabling first-strike stability between the U.S. and the Chinese and Russian space forces. The overt piece of this is crucial — an enemy must know a weapon exists to be deterred by it.

The Space Force was created for an important national security purpose: to provide the means to achieve space superiority. While all the services need to support this mission, it’s refreshing to see the Air Force secretary articulate the requirements for the Space Force to transform itself from being not just the “key enabler” of the Joint Force, but also the “great protector,” fully manned and equipped to project military power in, from, and to space.