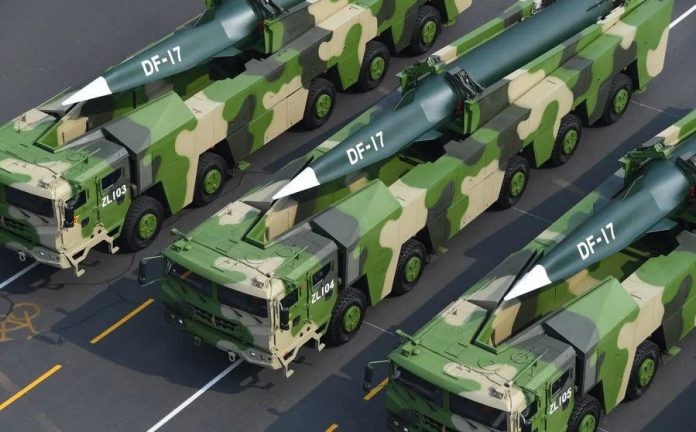 Hypersonic, while sounding like a term invented for a kid’s TV show about superheroes, relates specifically to traveling at speeds in excess of Mach 5. At such high speeds, even the most modern air defense systems in the world pose little threat to these weapons as they close to their targets.

In fact, hypersonic weapons are currently considered all but indefensible at scale, thanks not only to their high velocities but because of the maneuverability allowed by some modern hypersonic designs.

Hypersonic flight is not a new thing, despite its recent launch into the limelight. Even the Nazi V-2 rocket could break the Mach 5 barrier, and as we’ve discussed before, the United States had a hypersonic bomber program in the works before the Soviets launched Sputnik. What has changed, however, is the ability to control flight at this rate of speed to a high degree of accuracy through onboard hardware and advanced software.

There are multiple efforts underway to modify existing systems or devise new ones to effectively counter the hypersonic threat, but to date, no single solution has emerged. Instead, nations like the United States, Russia, and China have resorted to the time-tested approach of developing and fielding ever-more advanced weapon systems to serve as a deterrent. Even in missile development, the old adage, “the best defense is a good offense” sometimes still applies.

Today, there are at least 15 formally disclosed hypersonic weapons in service or development around the globe (more if you count hypersonic programs not overtly tied to weapons), with a number of others hinted at or unintentionally disclosed through leaks. To date, only Russia and China have operational hypersonic weapons in service, with the United States still at least a year away from fielding its first fully operational weapon. These three nations make up the brunt of the hypersonic list, but other nations, including India, Australia, France, Germany, Brazil, Japan, and even North Korea have all begun developing hypersonic technologies for weapons applications in one form or another.

Hypersonic Glide Vehicles (HGVs) aren’t all that different than the warheads on traditional long-range ballistic missiles, at least in the early stages of their flight path. They are carried into the upper atmosphere via high-velocity boosters just like traditional ICBMs. The missile then deploys one or more glide vehicles that rely on momentum and control surfaces to manage their high-speed descent as they close with their targets.

Hypersonic cruise missiles, on the other hand, often rely on an advanced propulsion system called a scramjet. A scramjet, or supersonic combusting ramjet, is a variation on tried and true ramjet technology that allows combustion to take place with supersonic airflow. Because scramjets are really only efficient at high rates of speed, these missiles are often deployed from fast-moving aircraft or rely on a different form of propulsion to get them to these speeds.

Currently, only two nations possess operational hypersonic weapons, China and Russia. It is important to remember, however, that “operational” is a subjective term. Russia, perhaps more so than any other nation, has a long history of claiming military capability they’ve yet to truly master. Likewise, many experts remain skeptical about the targeting capabilities of China’s hypersonic anti-ship weapons, even if the missiles themselves are indeed capable of flying at sustained hypersonic speeds.

In other words, operational doesn’t necessarily mean effective, but to be clear, fielding these advanced weapons remains a significant source of international prestige and diplomatic leverage. On the world’s stage, most nations are left having to assume these systems can perform as advertised, in order to plan accordingly in the event that they do.

“I have always said and can repeat it now that leading military countries of the world will of course possess the same weapons that Russia has today. I mean hypersonic weapons. But since 2018 [when Russia unveiled its new hypersonic weapons], nobody else has developed this weapon yet. They will do it eventually but I think that we will be able to impress our partners by the fact that when they obtain this weapon, we will highly likely have means to counter it.”

The Avangard is a hypersonic glide vehicle that entered into operational service in December of 2019. It can be carried to the peak of its flight path aboard a series of Russian ICBMs, including the nation’s newest and most advanced intercontinental ballistic missile, the RS-28 Sarmat. The Avangard glide vehicle has no onboard method of propulsion, and relies on reentry for its high velocities, but is claimed to have dynamic maneuvering capabilities in flight to avoid intercept.

Warhead: Nuclear (up to 500Kt) or Conventional

The Kh-47M2 Kinzhal (Russian for Dagger) entered operational service in 2017, though this weapon is an unusual one for this list. Rather than using a scramjet for propulsion like hypersonic cruise missiles or using a glide vehicle to manage reentry, the Kinzhal achieves hypersonic velocities through nothing but sheer brute force. In effect, the Khinzhal it little more than a modified version of the ground-launched 9K720 Iskander, a short-range ballistic missile, with a new guidance system designed specifically for air-to-ground operations.

The Kinzhal can manuever at all stages of its flight path, with some speed claims exceeding Mach 12, making it a very difficult weapon to intercept.

“They’re pouring a lot of money in the ability to basically rim their coast in the South China Sea with anti-ship missile capability,” Navy Vice Admiral Jeffrey Trussler, the Deputy Chief of Naval Operations for Information Warfare said.

“It’s a destabilizing effort in the South China Sea, in the East China Sea, all those areas. When you see that – those are troubling developments. They’re probably aimed and specifically developed towards the United States Navy.”

Warhead: Conventional (but nuclear is feasible)

The DF-17 is a solid-fuel, medium-range ballistic missile designed to deploy the DF-ZF hypersonic glide vehicle. This weapon was purpose-built as an anti-ship missile, creating a serious problem for America’s aircraft carriers, that nation’s most potent form of force projection.

The DF-17 entered operational service in 2019, though some experts still question the capability of its targeting apparatus. Engaging a single ship from more than a thousand miles away against the backdrop of the very large Pacific Ocean is no small undertaking.

How long before there are more?

The United States has invested a great deal of money into closing the gap in this hypersonics arms race, with the expectation that America’s first hypersonic weapons will enter service as soon as 2022 or 2023. Both Russia and China have a number of hypersonic programs in development as well, so this list is sure to grow significantly in the coming years.

China’s DF-41 program, and a recent test of a hypersonic Fragmentation Orbital Bombardment system, as well as Russia’s 3M22 Zircon hypersonic anti-ship missile and at least two others in development, will all likely enter service within the coming decade. 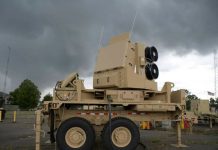