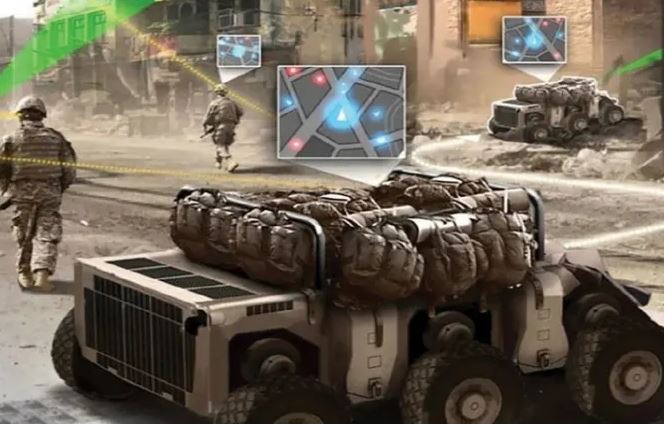 Robotic attack weapons, space-based attacks, cyber intrusions, and AI-enabled high-speed, long-range warfare are all key factors anticipated to inform future warfare into the 2040s and beyond.

Although Amy Futurists believe to have a solid grasp on many of the technological trends now informing basic research and various preparations for warfare in future decades, many scientists and weapons developers are quite clear about the simple that that …. Future warfare will present the unexpected.

Weapons that are not now envisioned are anticipated as part of the kinds of war games and future warfare scenarios now envisioned by senior weapons developers.

Former Commanding General of Army Futures Command Gen. John Murray told Warrior a year or two ago that the expectation is that there will be a “hyperactive future battlefield,” a question I posed to a current senior Army weapons developer.

“The future battlefield is going to be hyperactive, complex and lethal in ways that we can only begin to imagine now. We know that our peer competitors have spent the last 20 plus years investing in capabilities that offset our distinct advantage,” Maj. Gen. John Rafferty, Director, Long Range Precision Fires Cross-Functional Team, Army Futures Command, told Warrior in an interview.

Future warfare will also be more dispersed, given the extended ranges at which emerging weapons and sensors operate and the expanding use of cyberwarfare, EW and space-based technology. Rafferty, who now oversees the development of key long-range ground fires programs such as the emerging Extended Range Cannon Artillery capable of firing precision rounds as far as 70km. The Army is also developing a first-of-its-kind long-range weapon called Precision Strike Missile now being tested at ranges greater than 500 miles.

These kinds of technologies, coupled with advanced, as-of-yet uncovered findings emerging from current basic research in the services’ laboratories, are now influencing preparations, war games and predictions central to Army efforts to prepare for future warfare.

“Our vision of the future battlefield is still beginning to take shape as we look at the continued investments that our peer competitors are making. We look at the proliferation of long-range systems and sophisticated air defenses across both theaters….. in the European theater and certainly in the Indo PACOM theater. We recognize that we’ve got to deliver systems that begin to deny our adversaries that distinct advantage of overmatch,” Rafferty said.

One defining element of future warfare expected to reshape tactics and concepts of operation pertains to a simple concept …. “Information” and “AI”

Information is now much for fully considered a “weapon of war” given the recent technological breakthroughs in the spheres of AI, high-speed computing and secure networking technologies now shaping weapons development and operational planning.

The Army’s Project Convergence “campaign of learning,” for example, used AI-enabled computing to organize, analyze and distribute otherwise unmanageable amounts of networked sensor data across multiple domains in seconds. This process, now evolving to incorporate both other US military services and even international partners this year in Project Convergence 2022, shortens the sensor-to-shooter time from minutes to seconds.

Commanders moving to contact in a Combined Arms Maneuver formation, for example, can receive near real-time threat and targeting information in order to quickly launch necessary counterattacks and defenses. Not only this, but the incoming information is organized in seconds by an AI-capable computer called Firestorm, which performs analytics on data arriving from drones, mini-drones, helicopters, aircraft, ground troops and even armored vehicles. A “synergized” view of the battlefield is presented to human decision-makers with specific recommendations regarding which “shooter,” weapon or counterattack method would be optimal for a particular threat scenario.

Senior Army weapons developers involved with Project Convergence tell Warrior about the fast-growing extent to which data itself is a “weapon of war.’