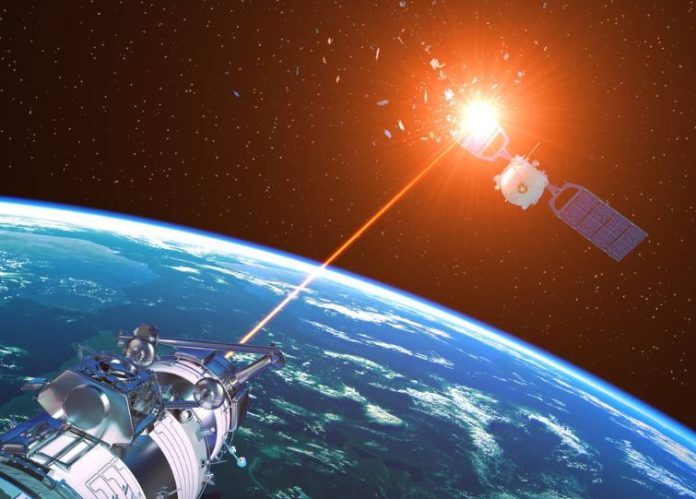 Maintaining space as a peaceful domain is a long-held objective going back to America’s earliest days on orbit. The administration’s goal to further define rules and norms in this regard is admirable. As Vice President Kamala Harris recently explained, it is important to drive toward an international consensus regarding “what is right, what is wrong, and what is acceptable” in space. Empowering this objective demands a full range of military tools. That includes holding adversary capabilities in space at risk to empower effective deterrence.

While the U.S. would like to prevent conflict from escalating to space, many of our adversaries do not share this goal. Instead, they see developing and fielding capabilities to hold our systems on orbit at risk as an opportunity to gain decisive advantages.

Our space enterprise is the super glue that empowers a broad range of military functions. It is exceedingly difficult to project modern American combat power without a range of crucial, space-based systems. This includes our communication, weather, intelligence, navigation, and missile-warning satellites.

It may even be impossible for us to project effective combat power if we lose our space-based capabilities, and our adversaries retain theirs. Our adversaries know this, and it is exactly why they have pressed so hard to hold our satellites at risk by demonstrating and fielding known terrestrial and, likely, space-based anti-satellite weapons.

Given this reality, it is important to present our leaders with a broad range of options that will deter adversaries from attacking U.S. space-based assets. We must convince our adversaries they cannot destroy our critical satellites while retaining theirs.

Several of our opponents are equally dependent on their constellations. A nightmare scenario for the U.S. would see us send our terrestrial forces into combat without the support of our space capabilities, while our enemy retains all of theirs. A far better outcome would see us deter hostile actions in space altogether through holding their assets similarly at risk, thereby empowering deterrence. Should an opponent miscalculate, and deterrence fails, it is crucial our leaders have options, including direct-ascent, anti-satellite missiles, to level the playing field.

This is why the administration’s admirable announcement to unilaterally ban the testing of direct-ascent, anti-satellite missiles must not constrain the development and fielding of U.S. offensive space capabilities. This approach mirrors the policies and posture of our nuclear deterrent forces: Our voluntary compliance with the nuclear test ban treaty does not impede our fielding of a credible triad to deter adversarial strategic attacks on the U.S. or our allies.

We understand these realities here on Earth, and we must ensure we apply the same calculus to space. It is why the nuclear triad was so important to check the Soviet Union in the Cold War, and why it remains essential today. We did not invest in nuclear weapons because we wanted to launch them. Quite the contrary: It was so we would never have to employ them or be subject to them.

“Using” our strategic deterrent force means developing the enterprise, fielding the various components, and ensuring our adversaries understand the credibility of our commitment. The same will hold true for keeping the peace in space. However, for a set of capabilities to be persuasive, we must ensure our commitment to use is credible. This means we must speak with care and ensure our actions reflect our resolve.

There are a distinct number of adversary nations who do not share our values and objectives. They will continue to weaponize space and sustain their current capabilities to destroy our critical satellites with already-deployed direct-ascent, anti-satellite missiles and other anti-satellite weapons, no matter our well-intended aims. The only way to constrain their hostile intent is to align diplomacy with the credible threat of hard military power.

The U.S. led the way in promoting a peaceful set of norms for space in the years following the Cold War. We did not seek the current reality that space has become a warfighting domain akin to the air, land and sea domains. Our adversaries drove this, and we are only now starting to wake up to the ramifications.

Now that this vector has been set, we must respond to the world as it is, not as we wish it were. This demands empowering leaders with a full set of options to deter and, if necessary, dominate a fight in space. This includes the ability to hold enemy satellites and associated systems at risk. This must occur regardless of any test ban. Peace through strength works, whether on Earth or in space.