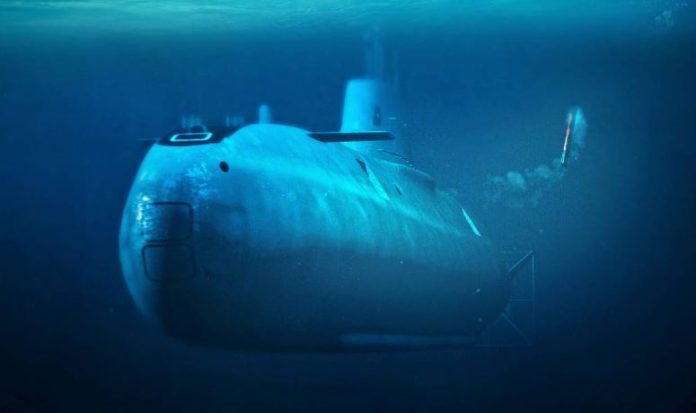 JERUSALEM — Israeli company Spear has unveiled a new drone that launches from a submarine and loiters for nearly an hour, providing surveillance while the launch platform remains submerged.

The firm showcased the new Ninox 103 at the recent Undersea Defence Technology show in the Netherlands. Boaz Ben-Chaim, the head of international business development at Spear, said the U.S. Defense Department saw a demonstration of the system during the Trident Spectre exercise off the coast of Virginia last year.

He also said the system is fully developed and that the Israel Defense Forces is currently testing it as part of a drone evaluation program.

A submarine “can release [the Ninox 103] underwater without revealing itself, and then [operators] get a very long and high-distance observation capability that they don’t have from the normal [submarine] mast; you don’t need to bring the mast above water, but you can see from above,” he explained.

A company statement noted the drone is designed for undetectable, underwater launch and uses an “autonomous” artificial intelligence-based system. The company also said the drone can also be embedded with point-to-multipoint networking, meaning after the submarine releases the UAV, the aerial system can communicate with forces operating nearby. While the drone can ostensibly return to the operator and land, the fact it is released underwater means it could be expendable.

“That’s an operational need … the drone can return and land. … But do you want to surface or crash it to the sea?” Ben-Chaim said, noting that the company is trying to keep the cost down so forces can treat the drone as expendable.

The system has undergone testing up to 30 meters in depth underwater, and the company said it can handle 50 meters. Ben-Chaim claimed a submarine would not have to undergo a significant refit, saying the system can be integrated using existing assets.

The UAV can fly for up to 50 minutes and, depending on wind and other issues, its communication range reaches 10 kilometers while flying at a velocity of 20 knots (23 mph), the company said. It can carry a 1-kilogram payload, whether its optics technology or another capability, with Ben-Chaim, noting this gives the Ninox 103 the flexibility to be used as a communications relay, for intelligence gathering, or as a loitering munition.

Spear said it is in negotiations with two foreign defense organizations for the Ninox 103. The company is also intent on demonstrating its Ninox 40 micro-tactical drone for the U.S. Navy at the experimentation event Coastal Trident in San Diego, California, this year.

Israel’s UVision, whose loitering munitions are used by the U.S. Marine Corps, recently became a shareholder in Spear. In May, UVision said the two companies “will work to share their technological knowledge: UVision with its proven knowledge and experience in loitering munition systems, and Spear with its expertise in AI-based tactical drones for ISTAR [intelligence, surveillance, target acquisition, and reconnaissance] missions.”