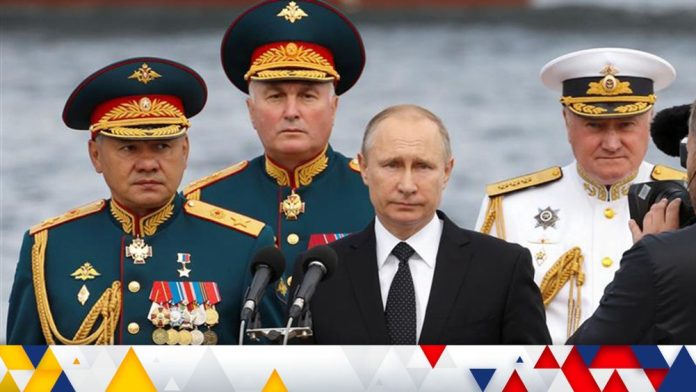 As more information is learned about this war, evidence suggests that Russia’s long-standing military doctrine has reached and surpassed its capacity for scalability.

Military doctrine is the foundational bedrock of a military. It serves as the guiding principles from strategy to tactics, from acquisition to logistics. It underpins everything a nation does militarily to achieve its security objectives.

For decades if not over a century, Russia’s military doctrine, defined by scholars as “Centralized Command/Centralized Execution,” has fundamentally kept decision-making and task directing at the highest of levels.

In effect, it is a near-vertical line of very tight control from the highest level to the lowest level. Orders, once given, are followed to the letter, and in the absence of orders, no action is taken.

When examining Europe and Eurasian military history, examples of such doctrine are visible beyond Russia. From predating Napoleon and the Ottomans all the way to WWI battles, many militaries relied on this doctrine or derivatives of it.

Of course, before WWI and perhaps even to include it, warfare was limited to land and sea domains, with an emerging use of air. A singular commander with vertical command and control could manage a battlespace with coordinated effects.

In WWII, the addition of the air domain placed even greater challenge control/synchronized effects in the battlespace when executing under such a doctrine.

While Russia was on the winning side of World War II, it’s worth noting that they lost 8.7 million soldiers (total casualties, including civilians, was 26.6 million). That number is staggering. To help put that number into context, the US lost 420,000 soldiers.

For Russia, the war turned into a battle of attrition at a heavy cost.

Russian doctrine, with its hierarchal control managing effects of three domains (land, air, and sea), was strained in the face of Germany’s Blitzkrieg and fast-moving Panzer tanks, both of which under German military doctrine had greater freedoms of command and control at lower levels to operate.

In retrospect, Russia’s WWII “victory” perhaps should have been a wake-up call to reevaluate their doctrine. They did no such thing.

Fast forward to today. In modern warfare, the domains of air, land, and sea have been joined by space, the electromagnetic spectrum, cyber, information, and some argue even others.

Russia’s military doctrine, likely strained to its limits of WWII, is perhaps proving a massive failure when attempting to coordinate integrated battlespace effect across domains that have more than doubled since 1945.

It is arguably impossible to coordinate multidomain operations today under Russian military doctrine.

While all the facts are not on the table yet, the substantial number of dead Russian general officers could indicate they are placing themselves too close to the fight, over-communicating on open channels trying to direct operations in all domains, and exposing themselves to enemy fire.

The increase of numerous domains isn’t the only issue, however.

Each domain, even the traditional ones, has taken on massive improvements in technology. With such technology, operators require greater training.

Combatants, in WWII and prior for Russia (and numerous other militaries), included extensive use of conscripts who served for roughly a year. Here again, the Russian army does not align with reality.

The amount of training and retraining for “one-year conscripts” to not only understand but become proficient at the associated advanced technology in for example tanks, jammers, missile systems, fighter aircraft, cyber-based systems, and ships is both a ridiculous burden and one that would never achieve the desired level of proficiency in the battlespace.

In western militaries, many of the training programs for such systems is extensive, often exceeding a traditional one-year conscription service commitment.

Therefore, most western militaries have long abandoned conscription and transitioned to professional armies. In the current Ukrainian war, it’s entirely possible that many of the abandoned Russian military vehicles, in part, are due to Russian conscript operators who don’t fully understand the advanced systems and perhaps feel unsafe in them during battle.

Should this hypothesis be true, the days of conscription militaries are likely over unless the world reverts to large infantry brigades that face off in an open battlespace.

The limits of Russian military doctrine is only a hypothesis, and more facts about the war must be learned to possibly validate it. If the theory proves true, Russia is in serious trouble.

Younger officers with fresh ideas will need time to advance, and Russia will need to abandon its conscription construct, moving to a fully professional military; a challenging and costly transition.

This also comes with a need to develop a professional non-commissioned officer corps, which barely exists in Russia.

For the West, time will tell if Russia’s doctrine truly is the root cause of their failure.