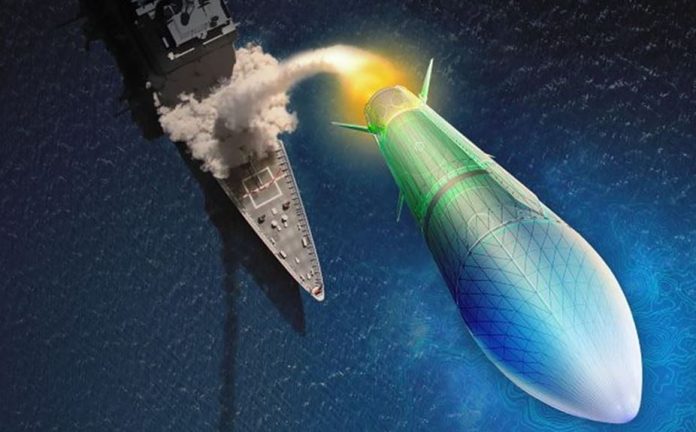 The United States considers the hypersonic missiles of its adversaries, China and Russia, as one of its biggest security threats to the country. To combat the menace of these ‘undetectable’ missiles, the US is working on a hypersonic interceptor program.

The US Missile Defense Agency (MDA) is working on a Glide Interceptor Program (GIP) to track and kill hypersonic missiles when they are in the glide phase of the flight, i.e., once a missile has re-entered Earth’s atmosphere and is heading toward its target.

For the initial development, Northrop Grumman received $18.95 million, Lockheed Martin $20.94 million, and Raytheon Missiles and Defense $20.97 million each, as noted by EurAsian Times.

In a new development, Raytheon Technologies and Northrop Grumman have been awarded contracts to develop hypersonic weapons interceptors under the direction of the MDA, per a June 24 Pentagon announcement. It essentially means that Lockheed Martin has been eliminated from the program.

A firm-fixed-price adjustment to an earlier contract for rapid prototyping was given to each company. According to the contract announcement, each change is worth around $41.5 million, increasing the total contract value up to this point to about $61 million each.

The interceptors are being designed to be integrated with the current Aegis Ballistic Missile Defense destroyers used by the US Navy. It will be launched using its standard Vertical Launch System and combined with the Baseline 9 Aegis Weapon System, which identifies tracks, engages, and destroys threats traveling at or above the speed of sound.

However, in 2021, the MDA Chief had told Defense News that the agency was making efforts to advance once more and that comments from the industry confirmed a glide phase interceptor is something that can be done and “and we shouldn’t be afraid to go do it.”

The contract will reduce the number of companies developing the systems to just two, as was anticipated last month. However, as with any defense contract, companies that did not win have the right to protest the decision.

It is not sure whether Lockheed Martin would dispute the decision, given that it is already working on other aspects of hypersonic technology.

Despite not having secured a contract to participate in the following stage of the GPI competition, Lockheed is competing against Raytheon to construct scramjet-powered hypersonic missiles under the Hypersonic Air-breathing Weapon Concept (HAWC) effort, which is run by the Air Force and Defense Advanced Research Projects Agency (DARPA).

During a successful technology test for the US military announced by DARPA in April, a Lockheed Martin hypersonic missile prototype flew at five times the speed of sound “for an extended period.” DARPA and Pentagon officials passed the test as a significant milestone.

Lockheed is the primary systems integrator for the Army’s Long Range Hypersonic Weapon and the Navy’s Conventional Prompt Strike offensive hypersonic missile. The motor for both weapons, however, has been developed by Northrop Grumman. Lockheed is also developing the hypersonic AGM-183A Air-launched Rapid Response Weapon for the Air Force.

Not just that, MDA has also stated that it could take back Lockheed Martin in the GPI program at a later stage. So while the contractor is out of this deal, for now, it is still very much riding the American hypersonic program, which has received a fresh impetus due to Russian and Chinese possession of hypersonic missiles and the possibility of using them in a potential escalation with the United States.

The threat posed by China and Russia’s hypersonic weapons has recently caused the US to grow more concerned, especially since it lags far behind the two with its hypersonic weapon still in the development and testing stage.

The US military brass became highly concerned when China conducted a test of their hypersonic glide vehicle (HGV) in July 2021.

According to a US Defense Intelligence Agency report, the glide vehicle traveled around 24,800 miles (39,911 kilometers) in space before re-entering the atmosphere and hitting the ground target (DIA).

Later, some Pentagon Officials revealed that China had also dropped a submunition in the South China Sea during its hypersonic flight. This capability has not been demonstrated even by Russia, which has the most mature hypersonic program.

Further, with tensions escalating between China and the US in the Indo-Pacific region, China could quickly strike American assets in the Pacific with its hypersonic missiles.

It has three operational hypersonic weapons- Khinzal, Avangard, and Tsirkon. Further, it plans to integrate the Avangard with its nuclear-capable Sarmat missile, which will be commissioned later this year.

China, on its part, also claims to have developed an anti-hypersonic system that it claims uses an Artificial Intelligence (AI) to predict the trajectory of a hypersonic glide missile as it approaches its target.

Against that background, developing an operational and comparable hypersonic missile and an interceptor becomes inevitable for ensuring American security and meeting the security challenges of the 21st century.