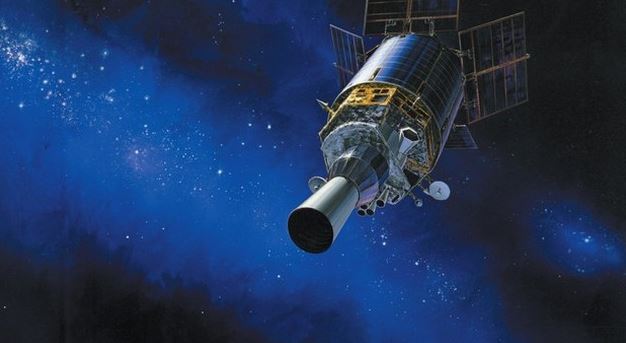 When Deputy Defense Secretary Bob Work unveiled what we are now, unfortunately, calling the JICSPOC, there were many many questions and few answers. Among the most important questions was: if spy and military satellites are being flown and monitored from the same place and a satellite appears to be under attack, who will command — the Intelligence Community or the Pentagon or a little bit of both? The incoming chairman of the Joint Chiefs, Gen. Joseph Dunford, appeared to provide a very careful reply in his written answers to the Senate Armed Services Committee. Basically, he said he could accept the IC having command in certain circumstances. But Gen. Mark Welsh, the head of the most important player in DoD space, the Air Force, told me recently he didn’t see anyone but the military commanding its satellites. Bob Butterworth, one of America’s most experienced experts on space and intelligence issues, weighs in. Read on. The Editor

China’s space activities have prompted lots of interest in whether America’s space systems might face direct attack in some form. Of course, they will. They already do. And they have.

In today’s popular mythology, space was a “sanctuary” during the Cold War: the sagacity of US and Soviet decision-makers prevented any effort to disturb their opponents’ spy and strategic communications satellites, lest Armageddon ensue. That’s a comforting image, but of course it’s not at all true. And it can also be dangerous if it fuels a belief that there can be war in space without war on earth.

Chinese strategists do not think so, as the Heritage Foundation’s Dean Cheng recently noted, and we shouldn’t either. The reason is the same for both Beijing and Washington: space systems are an integral — not adjunct, not supporting, not auxiliary — an integral part of US military capabilities. Space gives the US a revolutionary advantage, one that to date remains unique among the world’s armed forces. To confront the US with any prospect of military success, any major power (China) must find ways to deny the US advantage in space.

That also means the US has to plan to keep its advantage, but recent proposals for “resiliency” (generally unspecified) or distributed constellations involving commercial and allied systems or “space deterrence,” let alone unverifiable codes of conduct for good guys, are strategically inadequate, addressing the threats of yesterday.

Many such plans concentrate on protecting or restoring one primary function (communications or imagery, for example). But there are almost no US national security satellites that are monofunctional, and the consequences of losing any particular one can be amazingly difficult to assess. Think, for example, of how many functions are served by the GPS position and timing signals.

Jason Kim, chief executive officer of Millennium Space Systems, a Boeing Company, talks about the small satellite sector – what is happening with small sats today and where they are going tomorrow.

None of those plans, moreover, takes cyber operations into account. There’s a good reason for that. We are still trying to understand how cyber might play in future joint force operations. How it works in sneaky spooky things? Yes. How it might operate on the battlefield? Not so much. At the same time, as Gen. Bob Kehler said often when he led Air Force Space Command, space and cyber are “inextricably intertwined.” That description seems likely to apply to both offense and defense.

Plans for deterrence in space run afoul of American exceptionalism: no other country has made space such an integral part of its national security operations. Our thinking about how to make credible and effective military threats has generally settled on appropriateness and proportionality. A threat to use nuclear weapons to enforce the maritime economic zone, for example, might not be immediately effective, no matter how sincerely meant. To find targets of reciprocal importance to its space systems, the US would have to threaten terrestrial forces. Just as war in space can only be part of war on earth, deterrence in space can only be part and parcel of deterrence overall.

Our plans, in short, need to be war plans that include space. In so doing, they need to take particular account of the two mutually supporting but distinct national security space communities: military and intelligence/national reconnaissance.

They address many of the same targets; they can share information, technologies, support services, and personnel; they are both threatened by hostile actions in space. But they have different missions that are performed in different ways for different needs and their protection will be sought in different ways.

A soldier’s job is to grapple with an enemy; a spy’s job is to escape, undetected, with secrets. What that means, with reference to recent discussions about the command of future joint space operations, is that the military will have no more than a tactical, limited, temporary command over some few intelligence systems. Those systems exist to provide intelligence to the president. Both communities are essential to war in space, as they have long been to war on earth.

In sum: The value of what happens up there is in its effects down here.