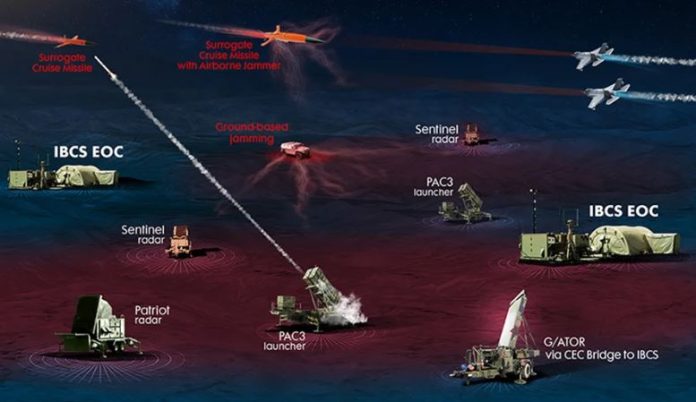 Initial missile attacks were relatively simple with one or two missiles of the same type attacking a single target. Ukrainian air defences were able to engage some of these missiles, reducing their efficacy. Russia’s tactics quickly evolved; the March strike against the TV tower in Kyiv for example was coordinated with cyber-attacks against a Ukrainian broadcaster, according to Microsoft. Other strikes involved multiple missile types flying different profiles and arriving on target simultaneously to confound Ukraine’s available air defences.

AI in the energy sector: the Middle East must leverage machine learning to better track and reduce emissions

Amid increased pressure and urgency around climate change, how can energy operators in the Middle East better measure emissions and help lead the decarbonisation agenda?

Given the scale of global greenhouse emissions and the intractability of fossil fuel use from industry performance, businesses within the oil and gas sector must collate and pinpoint exact areas for improvement, building a bridge between intention and action.

The oil and gas industry is responsible for approximately 10% of direct and 40% of indirect global greenhouse gas emissions, according to a report from McKinsey & Company. At COP26, more than 450 businesses from across the finance sector, collectively worth $130trn, committed to pledging funds to reach net-zero carbon emissions by 2050, putting increased pressure on the energy sector to improve performance, as investors increasingly seek to divest from fossil fuel assets.

Russia is not the only actor with these capabilities, whatever may remain of its missile stocks after Ukraine. The Houthis in Yemen have also developed a diverse arsenal of guided missiles and uncrewed aerial vehicles (UAV) capable of striking targets in Saudi Arabia with the assistance of Iran. Several Quds-2 cruise missiles, Zulfiqar medium-range ballistic missiles, and Samad-3 direct attack UAVs were used in coordinated strikes against multiple targets in the UAE in January 2022, including strikes on the Musaffah oil facility.

The UAE employed its Patriot and THAAD air defence systems to engage some of the missiles, but some were able to pass through the UAE’s air defences and strike their intended targets. These attacks follow the well-known examples against Saudi Arabia. The 2019 strike on the Abqaiq–Khurais oil facility is regarded as one of the most notable examples of Houthi capabilities. That said, Houthi successes against Saudi Arabia and the UAE likely gain more attention than their failures, nonetheless, they demonstrate the complexity of providing effective air defence against multi-faceted threats generated by sub-peer opponents.

Many of the Houthi capabilities are imported or provided through expertise by Iran, which also has its own arsenal of long-range precision strike assets. Iran has also assisted Hamas in developing and expanding its rocket arsenal, enabling the militant force to launch mass strikes against Israel. The LA Times states that more than 4,000 rockets were fired into Israel during the fourth war between Israel and Hamas in 2021, necessitating a robust air defence response from the Israeli Defence Forces (IDF).

The successes of the IDF, Saudi Arabia and the UAE, and Ukraine in intercepting vast and capable missile threats suggest that investments in air defence are worthwhile and can provide for the protection of critical national infrastructure in sub-peer and peer conflicts. However, the often limited number of air defence assets places constraints on the ability of states to defend the entirety of the space within their borders. Joint all domain operations (JADO) can provide opportunities for improved responses to these types of threats.

Air and missile defence is inherently a multi-domain operation: The radars used for target detection and tracking operate in the electromagnetic spectrum, interceptors are typically launched from the ground and exert their effects in the air. Ground-based air defence (GBAD) may be assisted by air superiority packages directed by airborne early warning and control (AWAC) aircraft such as the Boeing E-3 Sentry.

Typically, these operations require complex command and control architectures that enable an airborne sensor to pass data through a command centre to a GBAD battery so that it can search for and engage the target, whilst deconflicting the airspace to prevent fratricide. This process can take time and relies on human effort. However, experiments conducted by the US Army and its industry partners have demonstrated ways in which this process can be sped up, whilst also adding capability.

“The successful integration of all sensors into a single unified network so that targeting data could be shared rapidly between sensors and effectors made the air defence system more effective against a complex threat.”

In 2021, the US Army and Northrop Grumman conducted a test with the Integrated Air and Missile Defense Battle Command System (IBCS) against a surrogate cruise missile in the presence of electronic jamming. The test involved a broad range of sensors from multiple domains; one AN/TPS-80 Ground/Air Task-Oriented Radar (G/ATOR) from the US Marine Corps, two F-35s, two AN/MPQ-64 Sentinel air defence radars from the US Army, and an AN/MPQ-65 radar from a Patriot battery. The test included two surrogate cruise missiles, one conducting an electronic attack against the system’s radars and the other targeting friendly forces.

The G/ATOR radar was linked to the IBCS using the Joint Track Manager Capability, which provided a bridge from the navy’s Cooperative Engagement Capability and enabled the G/ATOR radar to provide targeting data for the Patriot-3 battery through the Integrated Fire Control Network (IFCN) of the IBCS. This is a significant step, as the G/ATOR radar was able to provide targeting data in a form that the Patriot launcher could utilise. The F-35s contributed to a joint composite track of the targets, which was integrated into the IFCN through their onboard sensors.

The jamming target was identified, allowing the Patriot battery to intercept the threat targeting friendly positions. The use of multiple sensors also enabled the air defence system to minimise the effects of the jamming and assess which missile represented the primary threat. The successful integration of all sensors into a single unified network so that targeting data could be shared rapidly between sensors and effectors made the air defence system more effective against a complex threat.

Multi-domain operations and the way ahead

Enabling combat systems to operate at machine speed and share information from sensor to sensor and from sensor to the shooter is a core element of multi-domain operations. The utility of sharing data directly between combat systems has been demonstrated by the IBCS trials detailed above.

The value in improving air defence resilience to jamming is clear, as is the ability to identify a diverse array of threats, whilst also providing greater access to the response options. Most importantly, these advances in technological capabilities provide commanders with additional options and a greater understanding of incoming threats.

For the Israeli Defence Forces, multi-domain operations are seen as the most effective way to not only counter Hamas rocket attacks by locating rocket launches early and engaging them in the ascendent phase, but also as the means to defeating Hamas. Some IDF theorists hope that quickly identifying rocket launch sites will enable manoeuvre-centric responses designed to strike at critical nerve centres within the Hamas system and shorten the conflict.

It follows that coordinating air defence is critical and a worthy goal of multi-domain operation doctrines. It may also be possible to further leverage those technologies in enabling ground manoeuvre and operations that would require significant planning in previous decades.