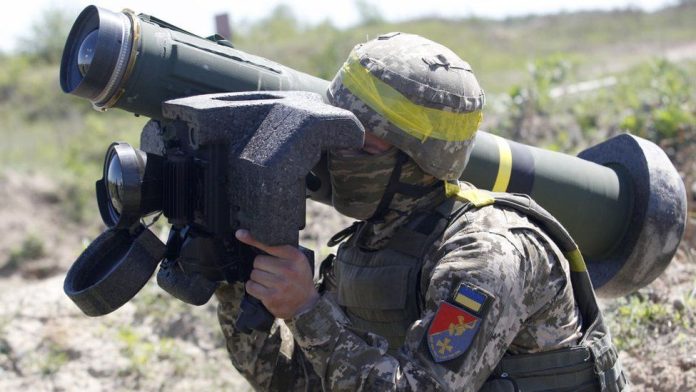 The Ukrainians had an urgent problem. Their Javelin missile launchers – sophisticated, finicky gear each costing six figures – were inoperable and no one in their unit could fix them.

They sought help from two Americans, who engineered a fix for one by cannibalizing electrical components from a video game controller, said Mark Hayward, a U.S. Army veteran, and volunteer trainer. The others, he said, were thought to be broken until it was discovered that the user instructions had gotten gummed up in Google Translate. Hayward recalled the episode with profound frustration that the Pentagon, which has rushed more than 5,000 Javelins to Ukraine, hasn’t done more to ensure that those battling Russian forces have helped when such needs arise.

The powerful antitank weapons have come to symbolize U.S. involvement in Ukraine and the race to equip its army for the devastating fight that has unfolded. But lost in the scramble, according to Ukrainian commanders and Western volunteers, is effective, timely logistical assistance – things like training modules, spare batteries, and other basics that the U.S. military itself relies upon. The United States’ wartime customer service, they say, is lacking.

“We’re sending equipment,” Hayward said in an interview. “But have we decided not to do tech support?”

The Javelin locks onto a target’s thermal picture using a command launch unit, or CLU. The guided missiles can punch through armor from up to 2 1/2 miles away. But the system is far more complicated to use than other shoulder-fired weapons. It requires batteries and argon coolant to operate and comes with a 258-page user manual.

Importantly, Hayward said, it appears the Javelins sent to Ukraine do not include instruction cards directing military personnel to call a toll-free number if the weapons malfunction or otherwise require repair. He has opened several cases of them but found no such card, and training cadres across multiple units have told him they were unaware of any Javelin support line, he said.

Hayward characterized the call center as an important asset for U.S. troops unable to troubleshoot glitches on their own. That the Biden administration would not extend the same level of support to Ukraine, he said, is unacceptable.

Manufacturing of the Javelin is a partnership of Lockheed Martin and Raytheon Missiles and Defense. A copy of the customer-support card obtained by The Washington Post lists a phone number that appears to be associated with Lockheed’s offices in Orlando. A Post reporter who called the support line in June was directed to Lockheed’s media relations division. Cristina Vite, a spokesperson, refused to say whether the company runs the call center. She referred questions to the Pentagon.

The Defense Department did not address questions about the scope of technical and logistical support being provided to Ukraine’s military, and whether the support-line cards were removed before the Javelins’ transfer.

Also missing from the Javelin shipments, Hayward said, are two computer-based programs the U.S. Army considers fundamental to its training curriculum for the system. One is a basic skills guide that details the multistep launch sequence. It’s required learning for American military personnel who specialize in such weapons. The other is a tactical training kit carried by U.S. troops during field exercises in which they simulate combat.

There are no known U.S. troops deployed to Ukraine, but the Pentagon continues to facilitate training for Ukrainian personnel outside the country for rocket artillery systems, howitzers, drones, and other military hardware. Some Ukrainian troops were familiar with Javelins before the war with Russia began, as small numbers of the weapons were first sent there in 2018 and kept secure far from what was then stagnant fighting in Ukraine’s east.

Bradley Crawford, an Army veteran helping train Ukrainian troops on the Javelin and other weapons, said his cohort requested the computer-based training program more than a month ago. He’s seen no evidence any kits have been delivered, he said in a call from overseas.

“In Ukraine, they got an ‘Indiana Jones’ warehouse,” Crawford said, referring to a scene from the film depicting a cavernous storage facility. “Let me tell you. Nothing ever comes out.”

The question of logistical assistance has captured the attention of at least one U.S. lawmaker. During a Senate Appropriations Committee hearing in May, Sen. Lisa Murkowski, R-Alaska, asked Defense Secretary Lloyd Austin if enough training systems were sent to Ukraine, citing a letter from its defense intelligence agency requesting them.

The issue had never come up in his discussions with Ukrainian officials, Austin replied. The Pentagon later informed Murkowski’s office that U.S. defense officials raised the issue with the Ukrainian defense minister’s office, which indicated there was no need for additional training systems. Murkowski said in an interview that her team interpreted from the Pentagon’s response that training systems had been sent.

“As we have sent more Javelins into Ukraine, are we keeping up on the training? Is that answer still accurate today? I don’t know,” she said. “We need to make sure these questions are being asked.”

A Ukrainian military officer assigned to the country’s southern region told The Post in early June that his unit asked for the training simulators a week before Austin’s congressional testimony on May 3 but still does not have any, and he wasn’t aware of any other units across his brigade that had them either. Ukrainian soldiers are adaptive and mostly make do, he said, but many have received abbreviated training classes, typically lasting less than two days. (The U.S. Army’s Javelin training course is 80 hours.) Formalized instruction, he said, can reduce mistakes and unintentional misuse.

“Training is crucial,” said the Ukrainian officer, who spoke on the condition of anonymity because he was not authorized to speak with the media. “We need to be able to shoot 100% of targets. We don’t have enough Javelins to just get rid of one and pick up another.”

Representatives for the Ukrainian Defense Ministry and the armed forces did not respond to requests for comment. Some Ukrainian troops say they feel their needs are being met. Anatoliy, who, citing military policy, sent responses through WhatsApp on the condition that his full name not be disclosed, said his abridged Javelin training course – lasting a day and a half – and subsequent refreshers have been sufficient. Broken launch units are repaired by maintenance staff within his command, Anatoliy said, and their battery and coolant supply is healthy.

“We do not have direct access to the manufacturer,” he said, “and we do not need it.”

While the war in Ukraine has evolved into an artillery and rocket duel primarily, antiarmor weapons remain crucial as Russian forces continue to use tanks and armored personnel carriers to help capture strategic areas in Donbas, said the Ukrainian officer who was critical of the training deficiencies. “As soon as Russians are willing to take over a village or city, this is the number one thing to counteract them,” he said, referring to Javelins.

Hayward, a resident of Alaska, has spoken to Murkowski about the limited supply of batteries for the launch units. They only last four hours on a full charge, less once they’re used to fire missiles, so Ukrainians keep them locked away to ensure they’ll work for real launches, he said. That has left a dearth of batteries for training. Without them, the Javelin is a 50-pound doorstop.

He told the senator about jury-rigging motorcycle batteries, duct tape and wiring to keep the training going, she recalled. “There has got to be a better way,” Murkowski said. “We can’t send them this sophisticated weaponry and not give them the appropriate resources for training.”

Hayward recalled how in March, as he taught a class on the Javelin, he received a call from a soldier in southeast Ukraine who was hiding behind a small hill – taking cover from Russian tank fire. The soldier’s launch unit was malfunctioning. Hayward couldn’t diagnose the issue over the phone, he said, and the soldier was forced to flee. He does not know the man’s fate.

Either Lockheed or the U.S. military should be conducting regular video calls with Ukrainian units to answer technical questions about the Javelin or to provide more thorough training for the growing number of troops who need it, Hayward said. President Joe Biden’s decision to withdraw the 200 National Guard personnel training Ukrainian forces in the lead-up to Russia’s invasion, and his reluctance to deploy any now, has shifted that responsibility to volunteers, many of them U.S. veterans, he said, calling the status quo inadequate and unsustainable.

“Every day we delay, these people’s lives continue to be at risk,” Hayward said. “We’re smarter than this. We’re better than this.”