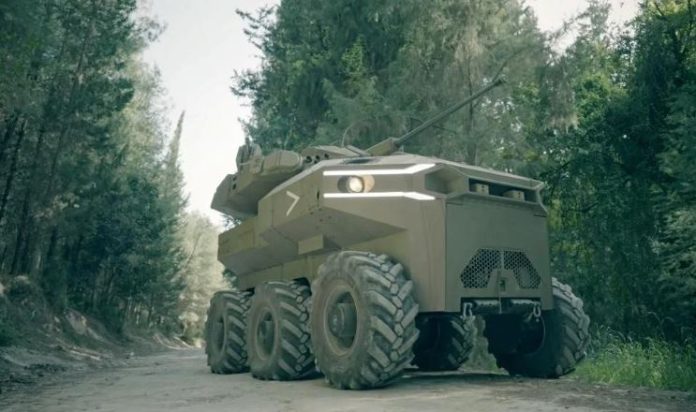 The Israeli Ministry of Defense (MoD) is preparing to conduct field tests of the Medium Robotic Combat Vehicle (M-RCV) in 2023.

The M-RCV was designed by the Directorate of Defense Research and Development (DDR&D), Tank and APC Directorate, and other firms.

It was developed as part of the autonomous battlefield concept and is the result of several years of investment by the partners.

The testing will be held in ‘representative scenarios’, according to Elbit Systems.

The announcement comes as the robotic uncrewed vehicle was unveiled by Elbit Systems for the first time at the ongoing Eurosatory Defense and Security Exhibition held in Paris.

Featuring an open architecture, the vehicle is also equipped with a robotic autonomous kit, situation awareness systems, and a capsuled drone, along with a passive sensing kit designed by Elbit Systems and Foresight.

The developers plan to add more features to the vehicle, including an IAI missile launcher, Rafael Advanced Defense Systems’ Spike missiles, and more.

The MoD tweeted that the development of the first ‘Eitan’ wheeled armored personnel carrier (APC) is complete.

The vehicle has entered serial production and will soon be handed over for operational use by the Israel Defense Forces’ ‘Nahal’ Brigade.

Tank and APC Directorate head brigadier general Guy Paglin tweeted: “The development of new weapons allows us to replace old and less advanced technologies, thus promising that our soldiers are equipped with the best, most advanced defense equipment for all combat scenarios.”