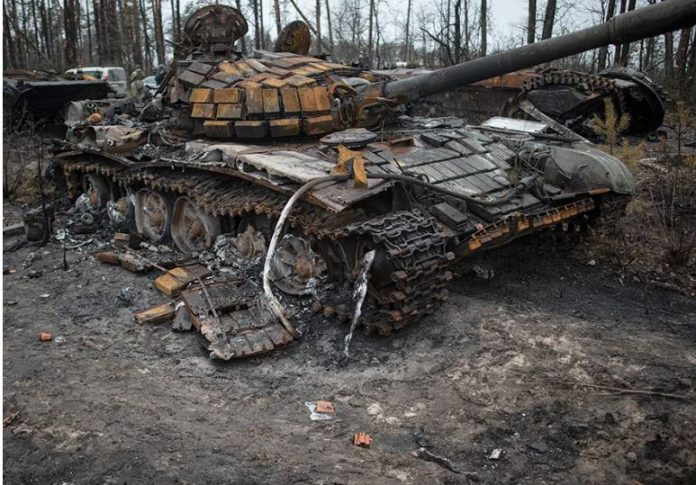 Most shoulder-fired anti-tank weapons, such as the FGM-148 Javelin, Next Generation Light Anti-tank Weapon (NLAW) and Carl Gustav M4, employ what is known as the Munroe Effect to achieve effects on a target, such as penetrating armoured vehicles.

The Munroe Effect describes the way in which an explosive charge with a cavity created in it will penetrate materials to a greater depth than those without a cavity. Munroe observed this phenomenon in 1888, although he was not the only scientist to do so, the discovery is often attributed to him. Later experiments began to explore the impact of lining the cavity with metals or other materials and, by the Second World War, Germany had developed an early weapon that was deployed in Belgium in 1940.

These weapons became known as high explosive anti-tank (HEAT) weapons. They work by shaping an explosive charge around a cavity and lining that cavity with a metal that is both ductile and strong. When the weapon strikes the target, the high explosive charge detonates and collapses the metal liner in on itself where the liner collides and begins to form a jet that accelerates towards the target at speeds up to 10km/s, while the rear of the liner travels at around 1km/s to 3km/s.

The jet is subjected to such force that it begins to act as if it is a liquid, although it remains solid. It penetrates the armour using kinetic energy, pushing armour material out of the way with such pressure that it essentially ignores the material properties of the armour that it is attacking.

The cavity is typically cone-shaped, but some may take the shape of a tulip or a trumpet. The apex angle of the cone has to be carefully designed and manufactured, as an angle that is too small can lead to the failure of the jet, meaning that it will either bifurcate or not form at all because of an asymmetric collapse.

The liner material is also important; early designs employed copper because of its ductility, which meant that as the liner collapsed and the jet was formed, it would stay together for longer in one long rod. Many different materials have been employed for liners, including tantalum, aluminium, and molybdenum. The behind armour effects vary by liner; an aluminium liner, for example, can create significant pyrophoric effects behind armour that are capable of lighting fuels.

“The design of Soviet tanks, which place the crew and turret on top of 22 rounds of ammunition and their propellants, means that the ammunition is particularly vulnerable to this outcome.“

Upon penetrating the armour of a vehicle, a number of things take place: the charge may ignite the vehicle’s fuel or its ammunition, causing a catastrophic explosion and the loss of the entire vehicle and crew. This effect is often observed in Ukraine, as the design of Soviet tanks, which place the crew and turret on top of 22 rounds of ammunition and their propellants, means that the ammunition is particularly vulnerable to this outcome. It is often what leads to the ‘throwing’ of turrets from stricken tanks.

Other effects include spalling that is created both by the force of the explosive charge detonating on the armour, as well as from the jet itself. The spall fragments can travel at very high speeds and kill or wound the crew. A third effect to consider is that of the jet itself, which will carry sufficient energy once passing through the armour to damage equipment and personnel.

However, the diameter of the jet is relatively small, which has a benefit in that all of the kinetic energy is directed over a very small area, allowing some shaped charge weapons to achieve penetration depths in excess of 1.5m against rolled homogeneous armour. It also means that the penetrator is relatively limited in the area covered, which places a greater burden on spalling and other behind armour effects for the defeat of a vehicle.

The opening phase of the war in Ukraine was marked by the dramatic images of torched Russian vehicles. Videos showed ambushes against Russian columns with small Ukrainian teams consisting of machine gunners, snipers, and ATGM teams in strikes that were reminiscent of the tactics employed by Chechen forces in Grozny in 1994.

In some instances, it appears that the more advanced anti-tank weapons provided to Ukraine, such as the NLAW or Javelin, were used to engage the lead and last vehicle of a Russian column. Often, the lead vehicles would be heavily armoured tanks and their successful defeat would ensure that the whole column was brought to a halt. For this reason, the more advanced weapons with a higher kill probability were used to provide a reasonable guarantee of success.

Once a column was mobilised, the Ukrainian forces could proceed to engage and destroy the vehicles sandwiched between the immobilised front and rear vehicles using cheaper weapons such as the RPG-7. The terrain also played a part; some Russian columns were advancing down heavily wooded roads, which prevented them from dispersing into the surrounding terrain. Others advanced through marsh and bogs and, in some areas, the feared Ukrainian mud limited mobility.

“There are many unknowns about the early uses of anti-tank weapons; for instance: how many of the Ukrainian anti-tank teams survived the ambushes?“

This type of engagement has been portrayed as emblematic of the war, but it is likely that many ambushes were actually combined with artillery. Once the lead and rear vehicle were immobilised, Ukrainian artillery such as the BM-21 Grad multiple rocket launcher were used to destroy the middle vehicles.

There are many unknowns about the early uses of anti-tank weapons; for instance: how many of the Ukrainian anti-tank teams survived the ambushes? What impact did the changes to Russian tactics, such as the introduction of Ka-52 Alligator attack helicopter escorts, have on Ukraine’s efficacy?

Ultimately, the war shifted its focus and assumed a more positional nature in the east and south of Ukraine. Here, the war is fought in urban settings as well as extensive trench networks by relatively small units competing with each other for patches of land. Videos from both sides show the use of long-range ATGMs to engage bunkers and stationery armoured vehicles, often combined with teams of snipers to amplify the effects.

The fighting in cities has shifted the usage of anti-tank weapons further still. The high-end weapons remained important for critical targets, although their limited availability may have impacted this significantly.

Here, engagement ranges have tended to be shorter, driving a greater focus on the use of short-range weapons such as the Carl Gustav M4, Panzerfaust 3 and the AT4. These weapons have provided an important form of lethality for Ukrainian forces, but first-hand accounts collected by news agencies visiting the frontline indicate that many of those now fighting lack even the basic anti-tank weapons with which to engage Russian armour.

One soldier told Nick Laidlaw, author of What War Did to Us: “We were forced away from that area by armoured vehicles and infantry.” The soldier emphasised his group’s lack of heavy weaponry and reliance upon only machine guns. This is but one example of this kind of account; the available evidence indicates that anti-tank weapons remain important, but the balance has very much shifted to artillery.

Russia’s tactics are essentially ones of scorched earth, leaving little room for anti-tank weapons to alter the balance of combat.

“Russia will continue to adapt and modify its tactics to suit the nature of the fighting and Ukraine’s options may become increasingly limited unless a dramatic resupply can be affected.“

Far from revealing anything new about anti-tank weapons, Ukraine has demonstrated many things that were already known about weapons employing the Munroe Effect. From 1963, many forces have been cognisant of the lethality that guided anti-tank weapons can provide on a battlefield.

This message has been periodically reinforced, its dramatic and transparent display in Ukraine will no doubt drive many forces to explore the possibilities represented by active protection systems, as well as tactics, techniques and procedures that can be used to mitigate their effects.

In the meantime, Russia will continue to adapt and modify its tactics to suit the nature of the fighting and Ukraine’s options may become increasingly limited unless a dramatic resupply can be affected.