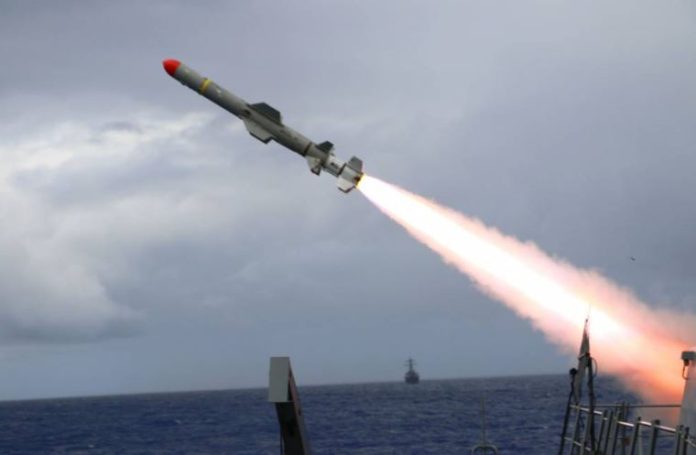 Fielded combat capabilities — not arms sales announcements from Washington — are what help America’s beleaguered democratic partners such as Taiwan deter and defeat aggression. Despite this fact, the United States has proven painfully slow in delivering desperately needed weapons to threatened democracies, leaving them unnecessarily vulnerable and inviting costly aggression by authoritarian states.

The United States and Europe have their hands full with Russian President Vladimir Putin’s unprovoked invasion in Ukraine, belatedly undertaking an unprecedented and difficult transfer of arms to fill the critical gaps in Ukraine’s capability and capacity. To avoid additional catastrophes in the Indo-Pacific region and the Middle East, Congress should systematically focus on expediting the delivery of weapons to key partners before adversaries attack them — and while the arms could have the desired deterrent effect.

The most likely cause of war between the United States and China will be aggression by Beijing against Taiwan. Despite this, Washington has been remarkably lethargic in delivering to Taipei the means it needs to deter and defeat an attack by the Chinese Communist Party designed to extinguish freedom on the island.

Permitting this meandering and unfocused process to persist would ignore one of the most important lessons of the war in Ukraine: The United States should spend less time worrying about provoking authoritarian bullies and more time urgently helping threatened democracies before an invasion or attack begins.

Consider the sales of missiles and jets to Taiwan. The Defense Department’s Defense Security Cooperation Agency announced in October 2020 the decision to approve sales to Taiwan of 100 Harpoon coastal defense systems, including more than 400 missiles. That was a laudable decision, as the Harpoons would help make Taiwan a porcupine, an unappealing target for consumption by the People’s Republic of China. The DSCA announcement said the systems would help “counter or deter maritime aggressions, coastal blockades, and amphibious assaults” — a top priority for both Washington and Taipei.

But here’s the problem: Taiwan is not getting those Harpoons anytime soon. The original plan for a 2024 delivery was reportedly postponed to 2025. And Taiwanese Defense Minister Chiu Kuo-cheng later said the delivery of the systems would not be complete until 2028.

That’s eight years from announcement to final delivery — a particularly troubling plan given that U.S. Indo-Pacific Command has repeatedly warned that China could attack Taiwan long before that.

Unfortunately, this long lead time in delivering a desperately needed weapon system to Taiwan is not an anomaly. DSCA announced the approval of the sale of 66 F-16C/D Block 70 aircraft to Taiwan in August 2019. The final delivery of those aircraft is currently projected for the end of 2026. The people of Taiwan could be under Beijing’s authoritarian yoke by then.

According to recent reports, there is a more than $14 billion backlog in the delivery of weapons to Taiwan that have been approved for purchase since 2019. Defense News noted that in addition to the Harpoon missiles and F-16s, the delayed weapon deliveries include “Stinger missiles, heavyweight torpedoes, high-mobility artillery rocket systems, Paladin howitzers,” reconnaissance pods, communication systems, air-launched SLAM-ER missiles and components for Patriot missile defense systems.

Those are many of the exact capabilities Taipei needs to deter Chinese aggression and, if that fails, to defeat Chinese forces.