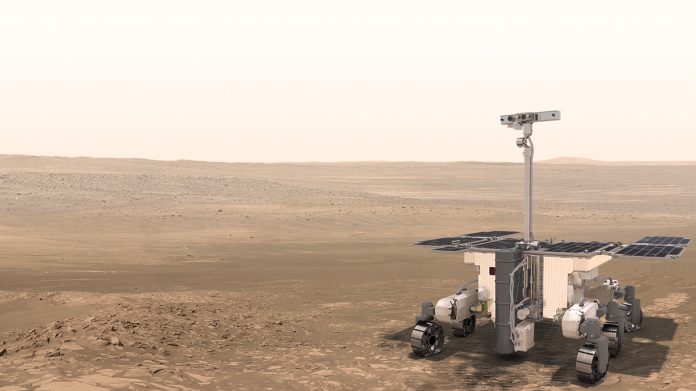 The European Space Agency’s life-hunting ExoMars rover is now unlikely to launch before 2028 due to a shutdown of space cooperation with Russia over that country’s ongoing invasion of Ukraine.

ESA’s ExoMars rover was scheduled to launch to Mars later this year on a Russian Proton rocket.

But European sanctions against Russia led the country to cut access to its rockets to Europe, with ESA also ceasing non-space station cooperation with Russia as well.

Russia’s space agency was due to provide the lander for the ExoMars rover, which will now have to be sourced elsewhere and likely redesigned for launch on a different rocket, ESA officials have said.