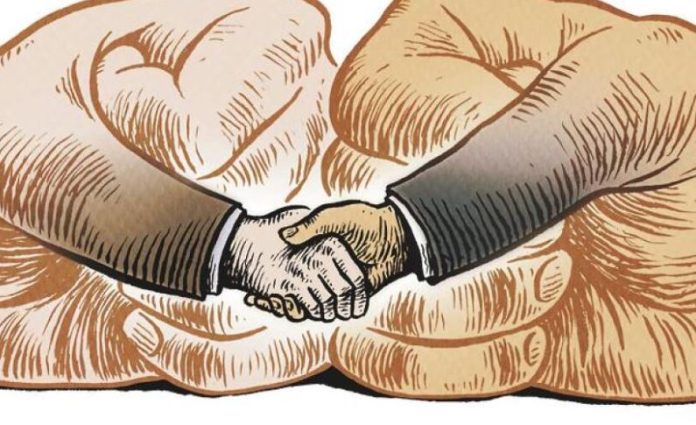 For the past ten years, EU leaders have refrained from visiting Israel and the annual meeting of the EU-Israel Association Council has not taken place, a sign of criticism by the EU of Israeli policy regarding the conflict with the Palestinians. The visit to Israel by the President of the European Commission (which manages the day-to-day operations of the EU in all areas) does not reflect a change in approach to Israel.

The immediate reason for the visit is that EC President Ursula von der Leyen was awarded an honorary doctorate by the Ben-Gurion University of the Negev. However, the principal reason is the energy crisis in Europe, which on the one hand casts criticism and sanctions on Russia for invading Ukraine, and on the other, has difficulty freeing itself from dependence on Russia’s oil and gas.

The European distress is current, so laying a pipeline from the fields in Israeli waters to Europe does not provide a practical solution. Using a floating liquefied facility that streams gas into tankers is an immediate and possible solution, and gas companies in Israel and Europe are able to meet this challenge. Until such a facility arrives, it is possible to increase the quantities already flowing (4.5 billion cubic meters per year) to Egypt, where there are fixed liquefied facilities in accordance with the (limited) capacity of the existing pipeline between Israel and Egypt.

One only had to hear von der Leyen’s speech at the award ceremony to understand that Israel and the European Union have a shared, complex, and challenging but rich history. It is good there are also common interests, the main one being to promote the transition to green energy; Israel’s contribution here is significant.

Meanwhile, in the decade of frozen political relations with the EU, the conflict between Israel and Lebanon over the demarcation of the maritime border and economic waters continues. Lebanon has so far not responded to the 2012 US compromise proposal regarding the division of the 860 square kilometer area in dispute.

Moreover, regardless of the conflict with Israel, the Lebanese government has brought the country to an acute energy crisis, evidenced by the few hours of electricity for the country’s residents per day and the fact that Lebanon has so far not produced a single cubic meter of natural gas.

In its distress, Lebanon turned to Egypt, Jordan, and Syria for gas, supplied through the Arab pipeline that passes through their territories. If and when gas flows through the pipeline, Lebanon should check whether it is not painted blue and white, since Israel supplies gas to Egypt and Jordan.

In its distress, Lebanon turned to the United States to resume mediation with Israel regarding the maritime border, and indeed a senior State Department official is currently in the region for this purpose. It is to be hoped the economic distress in Lebanon will lead to a willingness to make fair and sensible compromises.