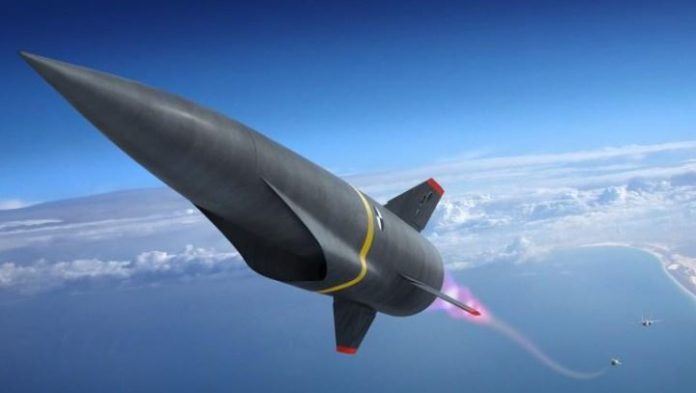 Earlier this week, it was announced that the United States conducted another successful test of its Hypersonic Air-breathing Weapon Concept (HAWC) sometime in March. This marks this program’s second successful test in a row using two different scramjet systems.

The first successful test was of a Northrop Grumman design that took place last Fall, while the second, more recent test leveraged a Lockheed Martin scramjet. This is an important point, as it seems to suggest that the United States now has at least two functional scramjet designs for weapons applications. Although the US is regularly seen as behind in the modern hypersonic arms race, this announcement may suggest that the US now leads the way in the race to field scramjet-powered hypersonic cruise missiles.

Hypersonic may sound like a term invented for a kid’s TV show about superheroes, but it relates specifically to platforms capable of traveling at speeds in excess of Mach 5, or around 3,838 miles per hour. At such high speeds, even the most modern air defense systems in the world pose little threat to these weapons as they close with their targets.

No nation has hypersonic scramjet cruise missiles yet, but America now may be the front runner

The United States has tested scramjet-powered hypersonic cruise missiles at least eight times since 2010, with four total or partial successes, one total failure, and two tests that ended due to problems with systems that were unrelated to the scramjet itself (namely a surrogate booster failure in 2010 and a control fin failure in 2012). The US has tested scramjet systems only three times since 2013, with one failure in 2020 and two subsequent successes in 2021 and this year.

These systems represent the most advanced hypersonic missile technology in the world. The only other nation with a publicly disclosed scramjet-powered cruise missile effort at this point is Russia, with its 3M22 Zircon. Russian state media reported successful testing of Zircon in 2021, though how this program will be affected by the severe sanctions and penalties levied on Russia following its invasion of Ukraine remains to be seen.

Hypersonic flight is not a new thing, despite its recent launch into the limelight. Even the Nazi V-2 rocket could break the Mach 5 barrier, and the U.S. even had a hypersonic bomber program in the works before the Soviets launched Sputnik. What has changed, however, is the ability to control flight at this rate of speed to a high degree of accuracy through onboard hardware and advanced software.

Hypersonic cruise missiles are completely different than boost-glide weapons and are really lumped into the same “hypersonic” category simply because they travel at extremely high speeds and can maneuver.

They rely on an advanced propulsion system called a scramjet for powered flight, rather than gliding at high speeds from high altitudes like a boost-glide vehicle. A scramjet, or supersonic combusting ramjet, is a variation of tried and true ramjet technology that allows combustion to take place with supersonic airflow. Because scramjets are really only efficient at high speeds, these missiles are often deployed from fast-moving aircraft or rely on a different form of propulsion to get them to these speeds.

Scramjet technology has been such a challenging nut to crack in large part because of how tough it is to keep combustion lit with air flowing through the engine at Mach speeds. The nature of this challenge has been described as “trying to keep a candle lit in a hurricane.”