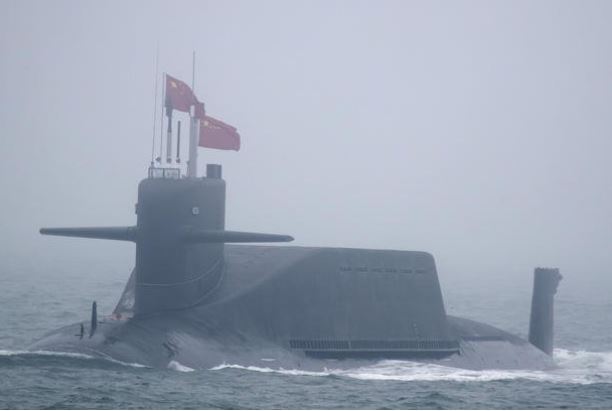 In theory, China intends to use long-range missiles to nullify U.S. bases in the region — particularly in Japan and Guam — to negate American airpower. At sea, the Chinese would use loitering manned and unmanned aircraft, as well as space-based assets, to target major U.S. warships and attack them with a combination of cruise missiles, manned aircraft, submarines, and small surface attack craft using swarm tactics.

On paper, that is a splendid operational concept for denying the U.S. capability to project power against both the Chinese mainland and any offensive military operations it may be conducting in the region. The problem is that it would also deny China the use of those waters.

The anti-navy concept is as old as warfare at sea when land-based powers attempted to negate the fleets of maritime rivals. Lacking the resources to build a navy capable of defeating the Persian fleet when he invaded Asia Minor, Alexander the Great marched his army overland and systematically captured Persian naval bases from dry land, negating its navy.

During the early years of its existence, the United States depended on a series of fortifications to deter naval powers — especially the British — from seaward invasion. The parsimonious U.S. Congress figured that the one-time investment of building fixed fortifications was much cheaper than building and maintaining a fleet dedicated to sea control. Although the fortifications had some success in the War of 1812, notably the defense of Fort McHenry that inspired the national anthem, the British were successful in disrupting American overseas trade. That’s precisely the same problem China would face in adopting an anti-navy approach. China is an export-driven economy, and a war at sea would hurt the country badly.

The current Russo-Ukraine war is a miniature example. Using its limited supply of precision anti-ship missiles, Ukraine has stopped Russia from conducting further amphibious operations along its coast, but the sea war has essentially halted maritime commerce in the Black Sea. Ukraine has a limited supply of anti-ship missiles, but the Russians do not know how many. The result is a standoff. It is a war where no one profits.

A Sino-American conflict would see the United States attempt to degrade the Chinese recon-strike complex, allowing its carriers and amphibious strike forces to regain access to the region. The war games that this writer has participated in would suggest that the process of degrading the Chinese recon-strike system would be a long and laborious process. During that time, neither nation would be able to use the regional sea lanes. This would be disruptive for the U.S. economy, but disastrous for China.

Despite building two aircraft carriers, China has not undertaken serious efforts to build blue water, sea control navy. The country appears to count on the cheaper anti-navy approach. Although President Joe Biden has issued contradictory statements about the U.S. intent to defend Taiwan, it is obvious that we are heading in that direction in response to Chinese rhetoric and provocations. To invade Taiwan successfully, Beijing must win quickly and present America with a fait accompli before it can peel back China’s A2/AD complex to resupply Taipei’s forces. This means that China needs a short war. Russia’s current situation shows the dangers implicit in short war assumptions.

Convincing China that the use of an anti-navy strategy would constitute a death knell for its export trade would seem to be a sound deterrent argument, but much of deterrence is based on credibility. Unfortunately, America’s credibility as a blue water sea control force is diminishing at a time when it is most needed.

The Heritage Foundation rates the U.S. Navy as “weak” in its ability to accomplish vital strategic missions, and it is beginning to decommission its littoral combat ships with no clear plan for near-term replacements.

To withstand the pounding it would take in the early days of a fight at sea with the Chinese anti-navy, the U.S. Navy in the Indo-Pacific region would need to be robust enough to sustain heavy losses and go on to degrade the Chinese recon-strike complex. Today’s U.S. Navy is the smallest since the onset of World War II and getting smaller.

Unless the United States Navy is beefed up in both size and decoy platforms, there is a very real threat that we will run out of ships before China runs out of smart weapons. The threat of a long war is our best deterrent to Chinese adventurism in the region. If Beijing thinks it is facing a hollow fleet, things could become very dangerous.