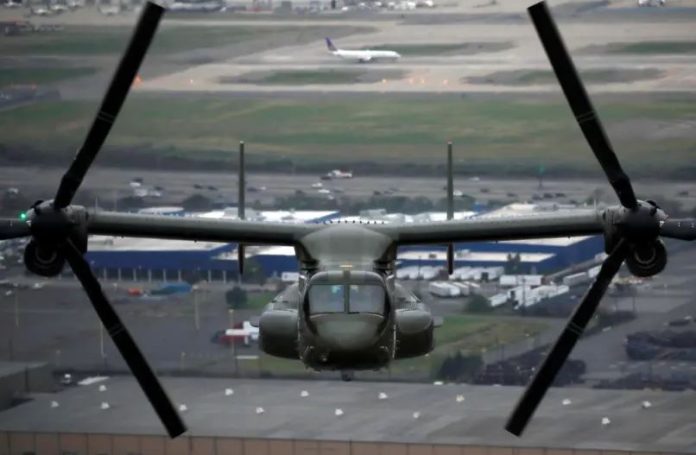 Israeli Air Force fighter jets conducted drills over the Mediterranean last week. These were designed to simulate long-range flights and the striking of distant targets, the IDF said.

“Dozens of Israeli Air Force aircraft simulated a long-range flight, aerial refueling, and striking distant targets.” The drill is part of the Chariots of Fire exercise, which is the biggest in decades, and addresses “preparations for multi-arena combat scenarios both near and far.”

A central challenge for Israel facing any conflict with Iran or its proxies is that it could be a multi-front war. The major drills over the last month seem to be a nod to this new dilemma. US Central Command officials have been to Israel and observed some elements of the drills, and Defense Minister Benny Gantz has gone to the US. Meanwhile, Israel also sent forces to Cyprus last week to simulate a conflict with Hezbollah or a Hezbollah-like force.

But there is an elephant in the room in all this training. Israel has been slow in procuring the systems it may need to fight a multi-front war. While it is leading in air defenses, including new lasers that the prime minister heralded this week, the Jewish state needs more and more modern refuelers and helicopters to replace aging platforms.

In Cyprus, Israel did simulate evacuating wounded troops by helicopter and also delivering equipment via transport squadrons, so helicopters are part of the drill. Yet some of Israel’s are aging and new ones will take time to arrive.

Meanwhile, Israel appears to have fumbled in 2015 when it came close to acquiring the V-22 Osprey helicopter that fits well into the needs of inserting commandos on raids far from home. The Wall Street Journal reported at the time that this key helicopter, which uses a tiltrotor, was ideal for Israel’s needs.

THE CURRENT stable of helicopters should have been bolstered years ago through purchases of advanced helicopters from the US. Israel has an aging fleet of CH-53 Sikorskys, called Yasurs in Israel. Some of them date from the late 1960s, although they have been upgraded since then. The fleet of Yasurs was grounded briefly in 2019 after a crash.

Jerusalem has been looking to purchase new replacements for the fleet over the years. It considered the Boeing CH-47 Chinook, but in 2021, finally decided to go with the Sikorsky CH-53K as its heavy-lift mainstay helicopter. Sikorsky is owned by Lockheed Martin and it also makes the advanced F-35 stealth fighter jets that Israel also uses. The cost of 12 new CH-53K helicopters is in the range of $1.5 billion.

The context of the purchase is that Sikorsky has a partnership with the IAF relating to its existing 23 aging CH-53D helicopters and also supports the US Marine Corps’ CH-53E. Delivery of the new CH-53K will take years because Israel took its time in choosing it over the V-22 Osprey made by Bell and Boeing.

Besides the fact that it will take time a handful of the CH-53Ks to arrive, there is also the learning curve relating to the advanced helicopter. The US Marines were reported in April to have declared initial operational capability on the CH-53K, an important step to using the platform and the Marine Times has said that the CH-53K King Stallion, “with a maximum external lift of 36,000 pounds and the ability to transport 27,000 pounds 110 nautical miles, is a major improvement over the CH-53E Super Stallion the Corps currently employs.”

Meanwhile, the new US Navy variant of the V-22, called the CMV-22, has 50% more fuel than the Marine version and can “transport up to 6,000 pounds of cargo and personnel over a 1,150 nautical mile range. The Navy redesigned the forward sponson fuel tanks and added two wing fuel tanks to increase capacity and extend the flight range.”

ISRAEL’S STRANGE odyssey with the V-22 goes back a decade. In 2011, IAF pilots went to North Carolina to test out the Osprey. An Israel Air Force magazine article noted at the time that “the tilt-rotor is a platform in itself. At the end of the day, it will have tasks of its own and will need to integrate with the existing aircraft in the Force without replacing any of them.” According to an article on the IAF website in 2013, then-defense minister Moshe Yaalon even flew on the aircraft.

But the decision to sign a deal, which was very close, was canceled in 2014 due to budgetary constraints. Then estimated to be some $800 million, the deal continued to “hover” along according to accounts. Benny Gantz was reported to want the V-22 according to Breaking Defense in a 2020 article. It appears that Israel has done everything necessary to make a deal happen, but then always pulled away at the last minute.

When it comes to the Iran threat, with this huge drill last week, it’s clear that mere budgetary considerations should not get in the way of upgrading Israel’s helicopter fleet to meet the needs of long-range operations in the region. That includes thinking about how Israel can manage long-distance raids and the helicopter and aircraft mix it needs in a complex multi-front conflict that could involve threats from Iran, Iraq, Syria and Lebanon.

The large regional threat is clear because Iran has moved drones to Yemen, has flown drones from Iran to try to attack Israel and has based drones in Iraq and Syria to threaten Israel. Tehran also moves missiles to Iraq, Syria and Lebanon. A multi-front conflict can involve threats from pro-Iranian groups in all of these places. Being able to counter that can require helicopters and transport aircraft, as well as operations like the one Israel simulated in Cyprus.

ISRAEL HAS the 131st and 103rd transport squadrons that operate the Karnaf (Hercules C-130H) and the Shimshon (Super Hercules C-130J). It also has a new Special Operations 7th Air Force Wing.

Because the V-22 can take off like a helicopter and then tilt its rotors to fly like a plane, it offers a lot of options for Israel. Its versatility has been on display as the US used it for important missions in Iraq and also apparently in Lebanon to help evacuate a US citizen. It is well suited for Special Forces operations, air assault and also inserting troops into a conflict area.

The V-22 is also well suited for Israel’s needs as it continues its upgrades relating to the Momentum multi-year plan reforms. This has included the addition of a new multi-dimensional “ghost” unit, as well as digitization and more use of AI. Being able to do combined arms operations and move troops quickly to the front with the latest technology is part of what Israel is doing.

It is also relevant because of Jerusalem’s focus on “third circle” threats, meaning those from Iran. While Israel has managed the campaign between the wars, striking Iranian shipments in Syria using aircraft, it’s clear that the Jewish state needs more capabilities to confront Iran’s expansion across the region in case of a conflict.

The larger context is also that the new helicopters will be acquired by the US in the future. The US Army, as part of its Future Vertical Lift program, is looking at a Future Long-Range Assault Aircraft, and at the Sikorsky-Boeing Defiant helicopter as well as the Bell V-280. These are serious machines. American shifts in helicopter design may affect Israel’s choices because the US and Israel’s defense strategies and industries are increasingly growing closer.

Ultimately, although Israel has already decided on the CH-53K, it still needs more helicopters. The shelving of the V-22 over the years after coming close to an agreement seems short-sighted because the Osprey would apparently mesh well with Israel’s need to move troops quickly and carry out the kind of missions for which it has been readying. Previous plans looked at buying up to 20 of the V-22, but with the 53K already under procurement, a future force might need fewer. For financing, Israel would need to look at innovative methods to pay for the program and would also want the delivery date to be as soon as possible.

Jerusalem’s existing cooperation with the US Navy and Marine Corps gives it a unique insight into what capabilities Israel may need in the region, especially regarding the mix of helicopters that American forces are using. Since Israel buys US platforms, the experience the US already has likely informed Israel’s decisions. Political chaos and budgetary issues seem to have stymied the right choices in the past. Chariots of Fire may show how Israel needs to take the correct step this time.