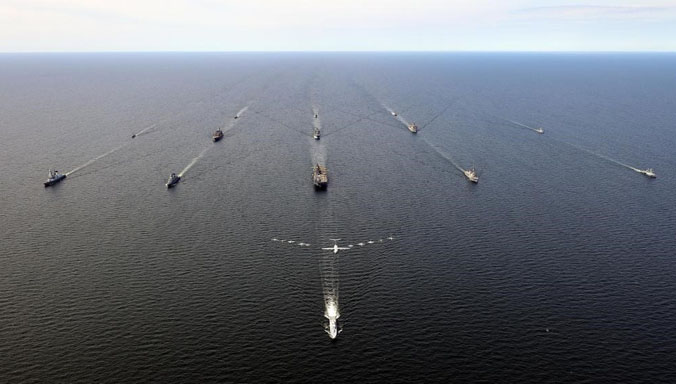 Fourteen NATO allies along with two NATO partner nations, Finland and Sweden, are currently participating in the exercise Baltic Operations (BALTOPS 22) with over 45 ships, more than 75 aircraft and 7,500 personnel.

This premier maritime-focused annual exercise kicked off from Stockholm, Sweden, on 05 June. It takes place in the Baltic region from June 5-17 and provides a unique training opportunity to strengthen combined response capabilities critical to preserving freedom of navigation and security in the Baltic Sea. This is the 51st iteration of the exercise series, which began in 1972.

BALTOPS 22 takes place in Sweden, and coincides with the 500th anniversary of the Swedish Navy. BALTOPS 22 also features more robust medical response scenarios, specifically during personnel recovery training aboard a submarine. The exercise builds on previous iterations by enhancing the incorporation of the space domain through the NATO Space Center.