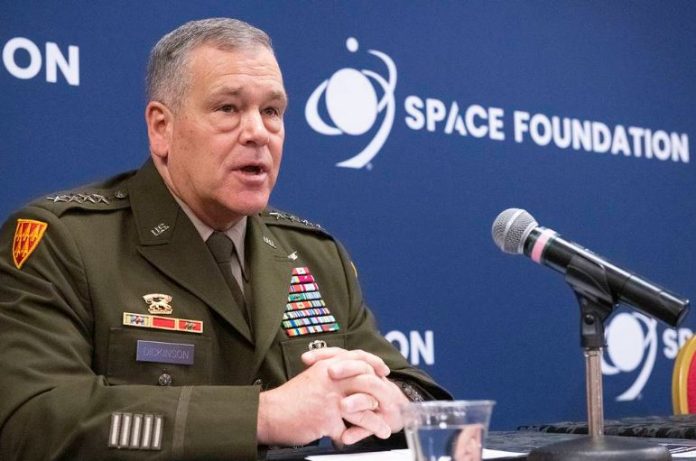 WASHINGTON — The U.S. Air Force’s process for selecting U.S. Space Command’s headquarters had “significant shortfalls,” according to a government watchdog.

The Government Accountability Office on Thursday published its review of the service’s selection process, which has drawn criticism from Colorado lawmakers, whose state was a finalist to host the combatant command’s headquarters. Colorado’s Peterson Space Force Base, which is serving as a provisional SPACECOM headquarters, ultimately lost out to Redstone Arsenal in Huntsville, Alabama, the Army’s hub for space and missile defense.

“While the January 2021 selection of Redstone Arsenal as the preferred location for U.S. Space Command headquarters was consistent with the Air Force’s analysis, our assessment of the Air Force’s revised selection process and attendant analysis against our [analysis of alternatives] best practices identified significant shortfalls in its transparency and credibility,” GAO said.

As a result, GAO recommends the Air Force develop guidance for future basing decisions aligned with the agency’s best practices.

The report is one of two required by Congress in response to concerns about how the Air Force chose SPACECOM’s headquarters location. The DoD Inspector General’s assessment, released May 10, found that the service followed all relevant policies, but questioned the rules themselves and whether the selection process led to the right decision.

SPACECOM was established in August 2019 as the department’s 11th combatant command and is charged with overseeing military space operations. The command is distinct from the Space Force but draws from the service’s resources and personnel to conduct operations.

Because the Air Force manages most of the Pentagon’s military space systems, the service was tasked in 2018 with selecting the headquarters location for SPACECOM. Late that year, the Air Force announced six candidate installations: four in Colorado, one in California and one in Alabama. In January 2019, the service validated those preferred locations and, in the spring, began site visits.

However, a year later, the Pentagon announced it would reopen nominations under a revised basing process over transparency concerns. The new approach resulted in an updated list of preferred locations, with one site each in New Mexico, Texas, Nebraska, Florida, Colorado, and Alabama.

GAO found that while the Air Force’s revised basing process was comprehensive, it was also biased, not credible, and not sufficiently documented. The agency took issue with the service’s lack of documented ground rules, assumptions, and constraints and found it failed to conduct key sensitive analyses and independent reviews.

For example, the report notes the service didn’t apply consistent weighting criteria when it chose between the six finalists.

“An unjustified weighting method can oversimplify the results and lead to an uninformed and biased decision,” the report states. “Clear and complete documentation of the weighting the Air Force employed across all stages of analysis, combined with the rationale for weighting decisions, would help assure the customer and external stakeholders that the selection of a preferred location stemmed from an informed, unbiased process.”

“With the investigations now complete, the shortcomings of the Space Command basing process are fully available to the Biden administration,” the lawmakers said in a statement. “We urge them to review the reports’ findings and make a decision in consultation with the Joint Chiefs of Staff that prioritizes our national security and mission in space.”

Whether the reports result in a change to the Air Force’s decision is unclear. Air Force Secretary Frank Kendall said during a May 14 House Appropriations defense subcommittee hearing he would finalize the basing decision after reviewing the findings.